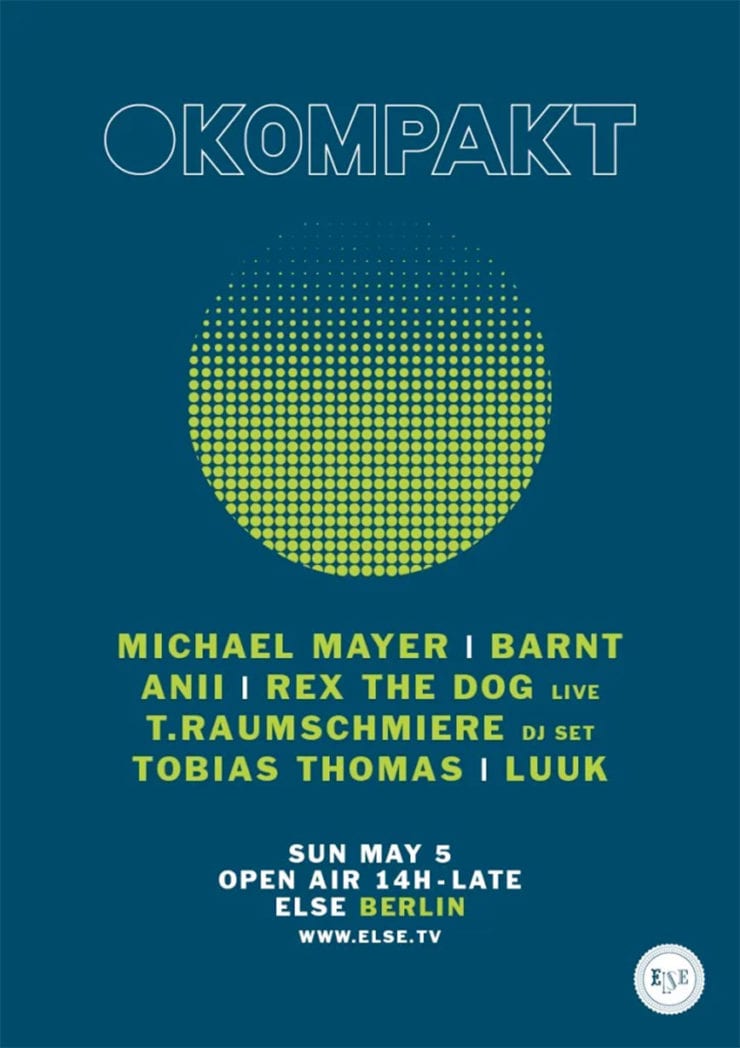 Following the announcement of their official opening party on Sunday 28 April, Berlin’s wildest summer party venue Else have unveiled their next open air event on Sunday 5th May courtesy of Cologne powerhouse Kompakt.

Label co-founder Michael Mayer headlines the bill, primed with a silky selection of old and the new house and techno. Next up is Barnt, a widely respected remixer and producer, and a much in-demand DJ with releases on Kompakt affiliated imprint Magazine, Joy Orbison and Will Bankhead’s Hinge Finger, plus Cómeme, Mule Musiq and Holger.

Opening up the floor will be T.Raumschmiere, an expert in punk electro and techno but also a master of deep ambient, followed by a live modular synth set from from Rex The Dog. Later that evening, old meets new as Tobias Thomas plays alongside Luuk, one of the most promising DJ talents to come out of Cologne, all before Anii steps up for the early-morning sunrise set, fresh off the back of her ‘Aniitime’ EP. It’s sure to be a high-energy affair full of great music with positive vibes. Go get some!