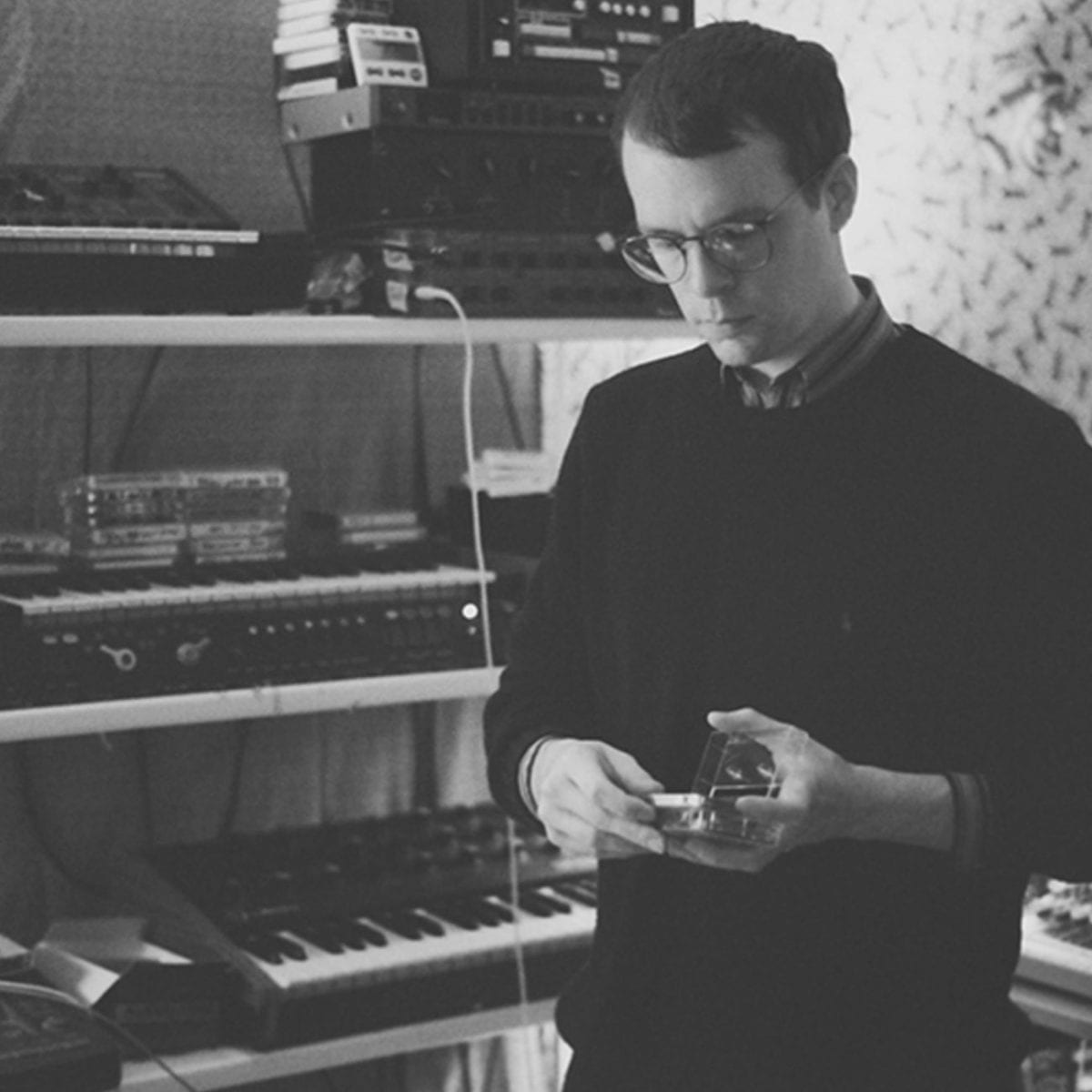 Having forged a solid reputation as a bold, innovative experimentalist and mischievous knob-twiddler in the club-associated scene – getting him to release on labels such as L.I.E.S., Rush Hour, Jealous God, Dark Entries and more – Chicago’s Beau Wanzer makes for a special case in today’s electronic music game. Molecular biologist by trade, the American producer tinkers with his analogue gear like a mad scientist; slicing, dicing, drilling down and through the superficial dermis of raw machinic spurts and variedly sourced samples to extract a sizzling juice of fractured synthlines, frantic scope distortions and off-kilter rhythms that goes unparalleled these days.

Taking up the room between EBM, screwed-up industrial, broken hip-hop and further unidentified electronics, Beau’s contribution into our podcast series defies the notions of easy-listening and regular mix format, instead opting for plain left-of-centre audio collagism with a selection that ranges from The Klinik to Skinny Puppy, via scads of weirder-than-weird interludes and vandalised downtempo drifts. We sat down with Beau to discuss the big-money studio/clever minimalism dichotomy, creative process and his absolute hatred for all things involving cottage cheese. 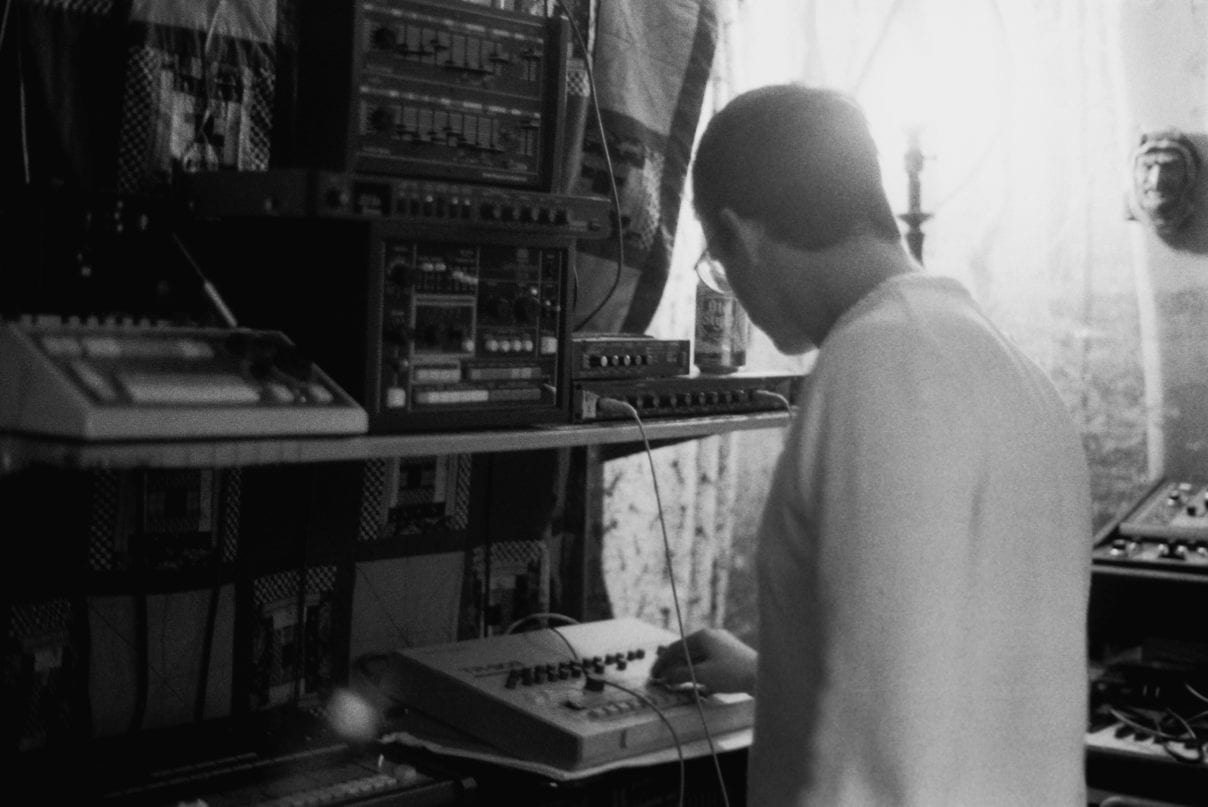 Thanks for that proper mind-bending mix, man! It has to be one of the most intriguing and inventive audio collages we’ve ever featured in the mix series. Can you tell us more about it, how did you proceed technically speaking?

Thanks for asking me. Nothing too technical. A Pioneer DJM-500, two turntables, a shitty ’90s Numark CDJ with a broken spin wheel and a tape deck. Messed with it a little in Logic.

Is this extremely fragmentary way of building your sets something you like to explore when playing live or just the kind of fun you like to have when taping a podcast?

I’m less fragmentary when playing my own music. When doing a podcast I can sit down with my records/tapes/media and organize stuff a bit more. It also gives me the time to really delve into a record that I hadn’t spent much time on in the initial listen.

Civil Duty, De-Bons-En-Pierre, Juzer, Mutant Beat Dance… you’ve multiplied collaborative side-projects over the years, which all explore a distinct facet of your musical universe. What does the fact of working together with other producers bring you in both technical/creative terms?

Technically it’s always inspiring to learn different ways of creating sounds and combining other people’s methods/equipment. Having another set of ears is useful because you are both hearing things completely differently.

In terms of creativity, I think it’s the individual personalities of the people I work with that I find the most intriguing. Everyone has their own idea of how something should sound or how a certain drum pattern should go. I learn from everyone all the time and I think that’s important.

Is it usually a smooth, free-minded jamming process or do you often have to battle to impose your ideas?

It depends on the project… but yes, it’s almost always ‘free-minded jamming’. Occasionally I’ll have a pre-conceived idea of how something should be processed but it usually ends up changing anyway. It’s fairly stress-free after the task of hooking everything up.

You have released music on some of the most hyped labels including L.I.E.S., Dark Entries, Rush Hour, Jealous God and many more, but made the choice to get a good lot of your music via your own circuits. What prompted you to do it on your own? Is it a way to keep more control on your work?

I don’t care about being associated with a label, group… etc. That has never mattered that much to me. It should be less about the label and more about the music/artists that are on it. And I think all those labels highlight that. Being boxed into a specific ‘niche’ is something that I think myself and a lot of people struggle with. It can be frustrating/can limit the scope of people’s potential.

I just want to make music I like (or hate) and put it out. Whether that be on my own or with friends. I do think having control over the presentation of your music and art makes it more personal and I know I appreciate it more.

I honestly have no clue how music works today in terms of hype/press/industry. I mostly think it’s a fleeting endeavor. As long as you do what you want and don’t compromise/placate for anyone, then you’ll be happier. Nothing lasts forever. 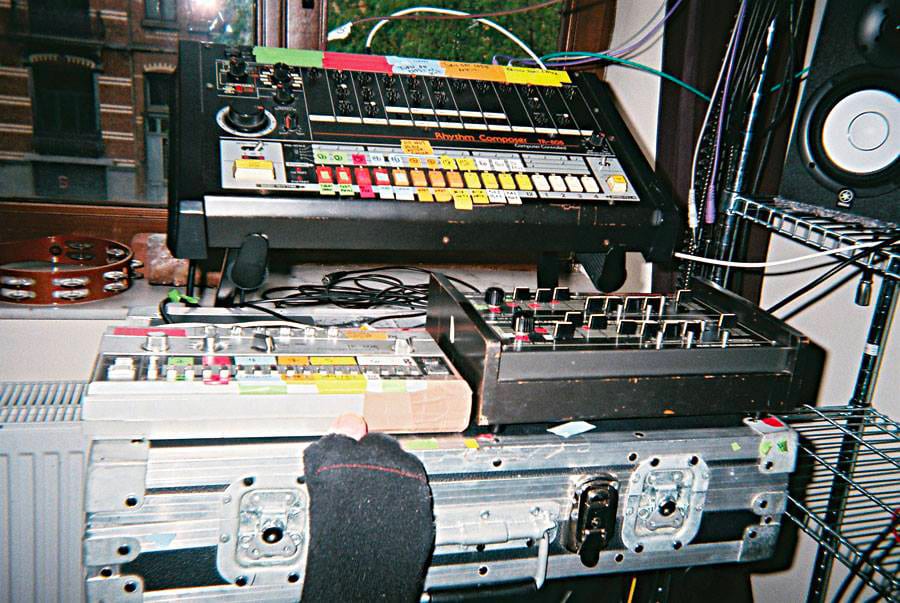 I played in a lot of punk/metal bands in high school but moved around so much that I thought I’d just make music by myself. Eventually I bought a 4-track cassette recorder and a Juno 6 for $100. From then I just started buying more gear.

Who are your music heroes and why?

Hmmmm… I don’t know if I have any music heroes. There are definitely people I respect and who have influenced me over the years. To name a few: Bruce Gilbert/Graham Lewis (aka DOME), Dwayne Goettel, Richard D James, Marc Verhaeghen, Chris Carter, Patrick Stevens, Alexandre Gand, Bruce Springsteen’s Nebraska, John Zewizz, Moondog, etc.

I could write this list forever but that’s the first that come to mind.

Well I’ve been buying gear since the ’90s when it was all relatively cheap and I mostly never part with anything. I’ve amassed quite a few things over the years. Mostly older Roland, Korg, Yamaha, and PAIA drum machines/synths/samplers. In the end, it doesn’t matter what you have, it’s how you use it. Expensive gear, thousands of dollars in a modular setup doesn’t make good music. That’s up to the person who is using it.

What’s that piece of gear you’d never get rid of, no matter what?

I don’t know. They all have their own characteristics. I guess the TR-808 or my Pearl Syncussions? For one, I could never afford them for how much they go for nowadays. I use them in almost all of my tracks… but not always as a designated sound source, but a way of trigger other instruments as well.

The next synth/machine you’re looking to get?

I saw you were a real addicted B-movie head. Can you list a few of your all-time favs and why you like them?

I like all these movies for similar reasons. They are over-the-top, hilarious, dark, raunchy, thoughtful, and have fair amounts of neon blood.

People who sit in movie theatres with giant cowboy hats, sour cream on a burrito, cottage cheese on anything, and plain unfrozen yogurt. I’m pretty laid back.

The last record store I visited was Laurie’s Planet of Sound (in Chicago). I bought a 10″ called ‘Gris‘ by Zoviet France, a Rodney Dangerfield comedy record, and a compilation CD of old Clara Rockmore recordings.

Mostly home. I’ll be playing two live shows in France in April. One at a festival called Treize in Rennes on the 14th and the other with Veronica Vasicka in Saint-Etienne on April 27th. I’m also DJing in Berlin on the 21st of April at Griessmuehle. Then back to Chicago.