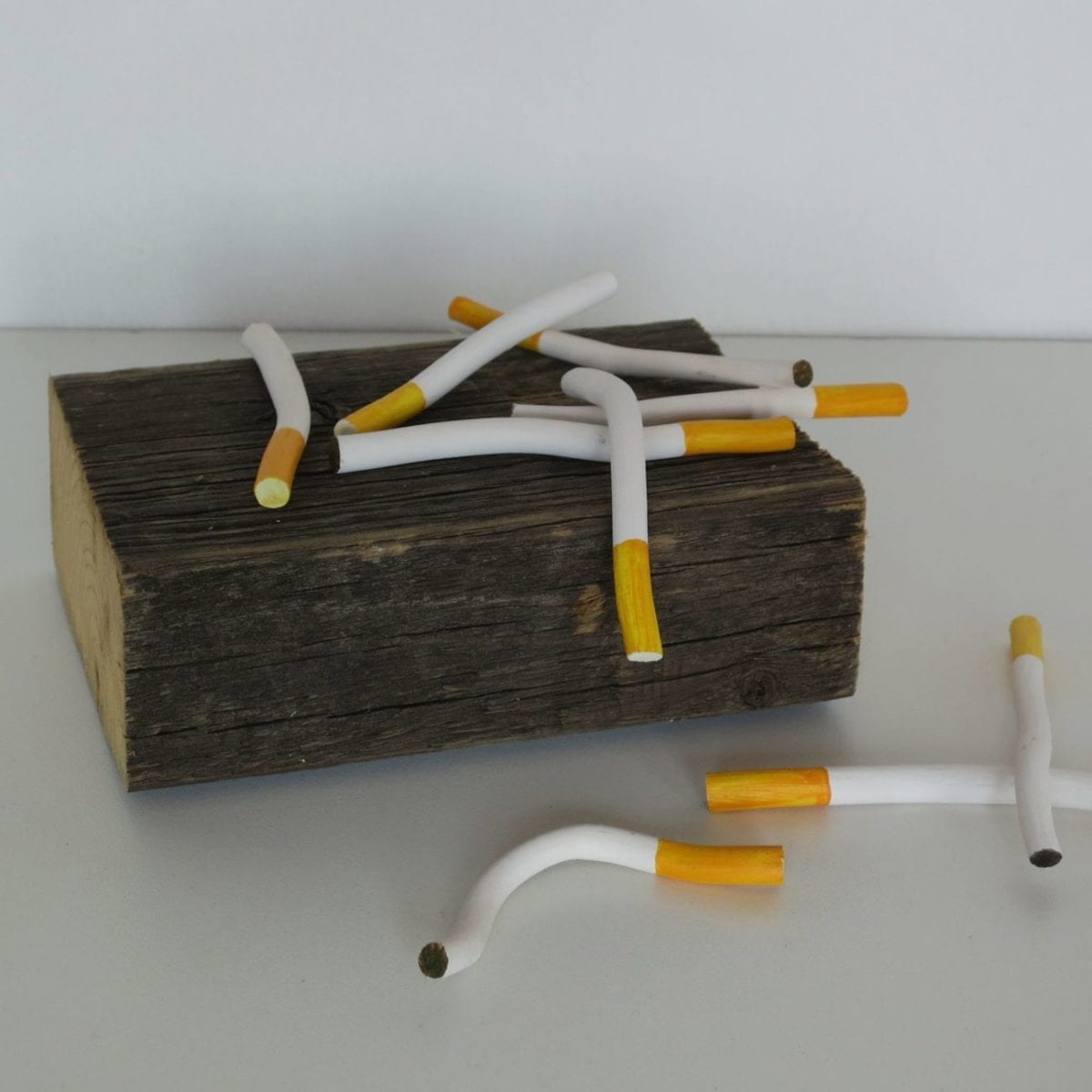 Even though his career meter’s reached the 20-year bar, Lorenz Lindner’s music still defies easy classification and down-at-heel criteria as it did back in the day. Having released music under an an array of aliases and imprints, including Will Bankhead’s seminal The Trilogy Tapes / Hinge Finger ventures and Mikrodisko, the Leipzig-based producer logically earnt the loyalty and respect of many music enthusiasts and DJs both in the club circuit and avant-garde circles.

From heady self-released car cassettes to play on the go, onto the atmospheric sounds of his latest Molto projects, through a pair of further popular collaborative EPs alongside Workshop staple Kassem Mosse as KM/MM, the sum of his output signifies Mix Mup as a diverse and flexible artist whose omnivorous appetite cross-pollinates a flurry of musical genres and sub-branches.

Whereas Molto seems to be an experience for the heart, where Lindner fetches ambient and jazz-tinged sonic soundscapes through field recordings, eerie textures and stripped-back beats, Mix Mup focuses on a much physical, almost muscular approach. As a rule of thumb, if dance music ever started to leave you weary for some reason, a DJ set or live show from the German producer will always be a good shout for your cause.

Before he officially kicks off 2018 with exciting new projects and releases, and his schedule goes haywire, we caught up with Lorenz, who’s put together a precious mix of deep dancefloor jams and steady rhythms for us, ideal to soundtrack your next outing on the highway. 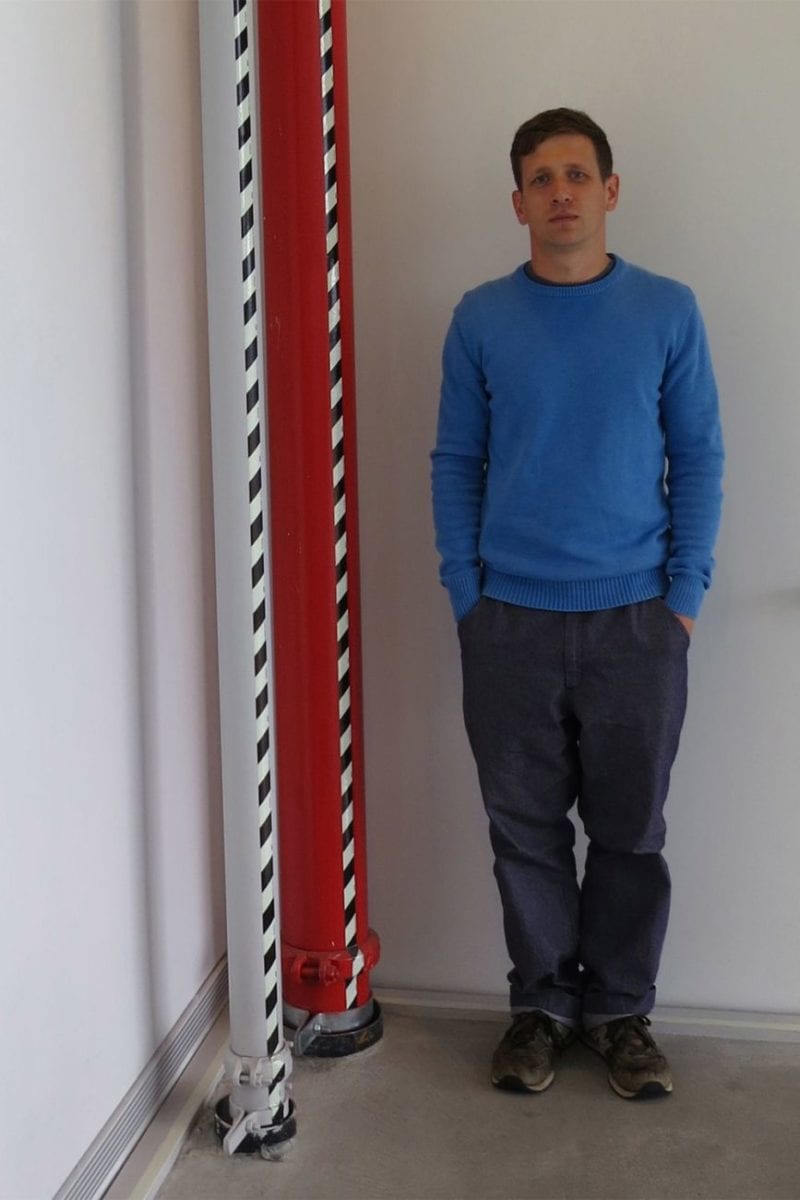 Hey Lorenz, thanks for the mix! Can you tell us about the selection process, the general idea behind the mix and where it was recorded?

It’s a smooth mix. You might want to listen to it whilst driving back home in your car on a mundane February evening. I wanted to keep the music simple yet very deep and precise to avoid needless fuss.

Considering your wide output as Mix Mup, Molto, MM/KM with Kassem Mosse, as a club DJ or as a radio presenter on Berlin Community Radio, your inspirations must vary from different musical spectrums. Where do your most recent influences come from?

Some weeks ago I watched a video with Famoudou Don Moye playing drums for about 50 minutes. This was very inspiring. His whole attitude and technique are very influential for me. The Great Black Music of the Art Ensemble of Chicago and the People around the AACM, their appearance and performances are things I’ve always found fascinating.

I also like Will Long and I want to check out more of his ambient stuff. There are also projects that I listen to every now and again, such as Oasis (Omar-S & Shadow Ray) that give me a sense of enlightenment.

I’ve also been listening to Uku Kuut lately. There is a record by Accident Du Travaille I listen to a lot at home. I follow the work of Goodiepal & Pals. Some Reggae & Dub versions like Oswald Creary’s tunes. And I watched interviews with Carla Bley and Laurie Anderson.

You’re right, they all do come from different spectrums. But at the moment, my influences mostly come from somewhere in between free Jazz, library music and techno.

Some people that I have met over the past couple of years have also had an impact on my work. Maria Chavez and Julia Santoli from New York, the conversations I’ve had with M50 or Noleian Reusse from Chicago and of course listening to music and having tea with Kassem.

Apart from music you are also engaged in visual arts. Do you think this practice has helped you with your music?

I don’t know sometimes I work in parallel. I might paint something and then make music. I may also listen to music and read an art book as well. When I have a gig somewhere I usually visit the art museums the next day or the day before. So I guess there is some correspondence between the two, but I can’t really tell if visual art has helped me with my music.

At the moment you reside in Leipzig – what kind of relationship do you keep with the city? How does living there affect on the direction your path take?

The city wouldn’t be half as pleasant without my beloved and like-minded friends here. Many of them moved to Berlin but it’s not far away, so we stay in touch and have a constant exchange and we can keep each other on the run. I work a lot on my projects and therefore I need a decent to distance myself from the tumultuous life and expensive rents in Berlin.

Over the years I have had continous exchanges with friends and colleagues from around the world. It’s very important to me because they help me switch perspectives and reflect on the world and my work. I’m very happy to have my family here and in summer we can go swimming in the lake everyday.

You have been producing music since the 90’s so I guess you’ve probably been through several different set ups of production. What are you using at present? Have you added anything worth mentioning to your studio recently?

I actually haven’t been adding anything to my studio for years. It’s still a very basic setup with an 1998 Akai MPC 2000XL as the core and NS10M Yamaha speakers. Often I experiment with sound aesthetics – especially with the Molto project, but also for my last Mix Mup record I sometimes re-record sounds in different rooms.

I’m not a gear nerd and also not a software guy. Every now and then I buy a synth or a drum machine for 50 bucks or I borrow one and sample a few sounds. The humble way of production became a basic attitude. 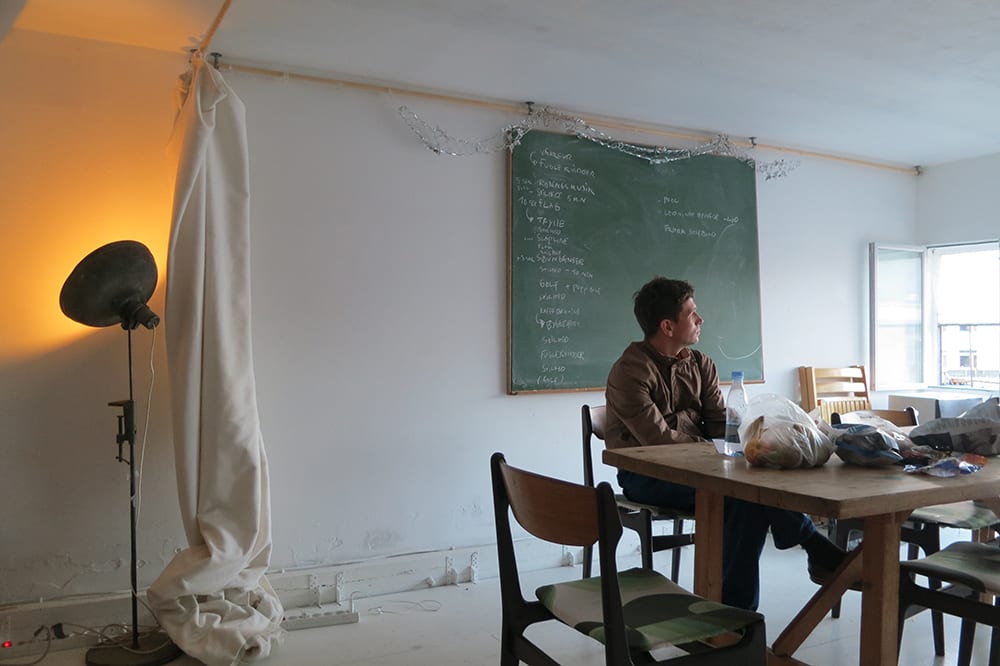 Two years ago you released ‘Versatile International Service’ as Molto, one of your most distinctive works to date. How did this project come about and where does it stand at the moment?

Some time ago I produced some music for Bayerischer Rundfunk, a big German radio station. I found instant pleasure in making atmospheric background music and later this turned out to become some sort of free jazz and library music melange. The tracks were recorded at several locations throughout Europe in cottages, on the beach, in the woods etc.

I’m working on a new Molto album and there will be some live performances. This is something that allows me to play freely. To play improvised concerts with percussions and sparse electronics is one of the most exciting experiences I have had for years and I will definitely expand my skills. The instruments, which I partly build myself, turn out to be something like sculptures to play music within an installation.

On your website you mention that this project enabled you to “express a lot more emotional details than through dance music”. Do you feel there’s a certain amount of possible expression in the club realm? What are the other limitations existing when fusing dance tracks?

There are different reasons I got into techno and club music in the 90’s. It seemed amazing that people danced together without displaying themselves and that everybody involved was part of that happening. The DJ didn’t perform on stage, and was sometimes hidden from the crowd. The music was very important and one of the most remarkable things about techno and the people involved was a non existing expectation. Anything could happen.

I found this to be the perfect base for sound and rhythm experimentation. After some time I realised this is not enough. There are limits and it’s obvious that clubs and the perception of techno have also changed.

I felt the urge to express myself in a more profound way with a sitting audience that has more access to the whole spectrum of sounds and rhythms. When I play a Molto gig I can play much more dynamically and smoothly and as a result the details are expressed to a higher degree.

In recent years you have gained recognition through a string of releases with Kassem Mosse as MM/KM. How do the dynamics of working together differ in these collaborations? Do you see this more as a natural or challenging process?

It’s both. I’d call it a natural challenge. Kassem and I definitely share a very deep common sense, perfectionism and vision of a precise output. It’s a lot about exploration and exchange of ideas. You feel right away if a collaboration works or not.

Production wise, I guess it is pretty rare in the studio. Last year I joined Lowtec and Kassem for a studio session and it was pretty clear from the beginning that it would turn out to be a good thing. I wish I had more time for that. Over the past few years I have been playing back-to-back sets with Will Bankhead, Good News, Onkit, Samo DJ, and Sling and that is much more about intuition and having fun.

What’s next for you? Please tell us more about your future projects / plans.

There’s going to be a new record out on The Trilogy Tapes soon, a Wildpitch remix for Osyling Fetma coming on Red Curls, a new surprising collaboration on Mikrodisko and Workshop, plus a Molto album.

There will also be a continuation of my mix series on Recycled Tapes (the first one was the car cassette from 2015) and a 90-minute music video released on VHS, which is coming out later this year. All of this will be announced and available through my website. I’ll also be doing some mixing and mastering work in the studio as well, and I’m up for Mix Mup and Molto live gigs all over the world.