Bristol’s music scene seems to have always drawn attention to itself in a particular way: not with a shout or uproar, but with a quietness which simultaneously speaks volumes of the toil and dedication to craft going on out of sight.

Julian Raymond Smith, aka October, may not hail from Bristol originally, but he’s more than assimilated into the underground and experimental music scene there, with a catalogue of releases, remixes, and appearances on some of the city’s best-loved labels (Idle Hands, NoCorner, and Happy Skull to name just a few), alongside releases via Appleblim’s Apple Pips, a short series of self-released 10-inches of killer acid experimentations, as well as appearing on the legendary dubstep/garage label Tempa.

All this said, October has remained a relatively shadowy character in comparison to some of his contemporaries from the city, and in spite of the quality of his musical output. As seems to be a trend with many producers – past and present – rising out of Bristol’s underground, October’s mindset and attitude towards music strikes us as one with his heart in the right place: raw and emotional, and jammed with a punk attitude, a style reflected in his contribution to our mix series.

It was our pleasure to chat with the DJ and producer about his recent and ongoing projects, from his recent release on US queer party Honey Soundsystem, to garnering early hints of a forthcoming second release from his dark gothic project Spiritflesh. 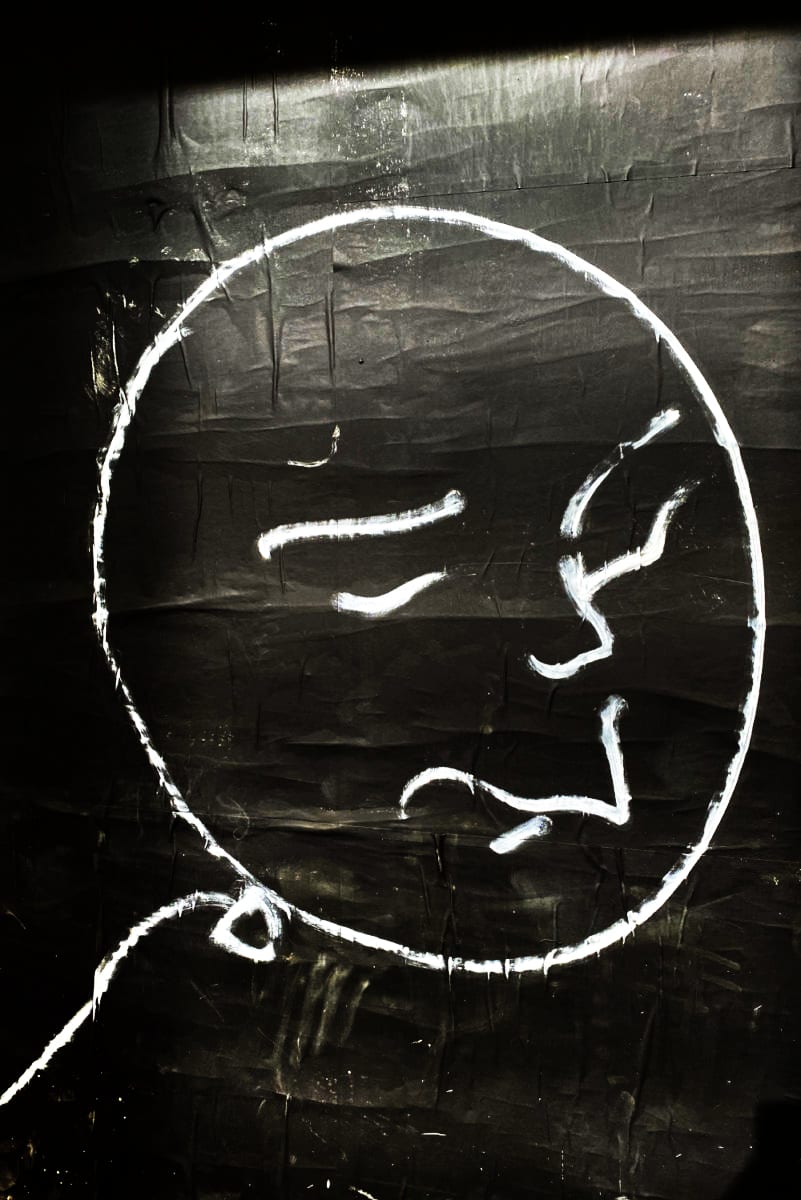 No problem at all. I guess a lot of pleasure, pain, thought, time and money.

Where did that sample at the start come from? Why did you choose to include it?

It’s not actually a sample – it’s a song by the God Bullies and the speech was recorded and scripted by the band. A lot of their songs outed famous creeps – check out ‘Senojmot’ if you want to hear Tom Jones being a paedophile in Las Vegas in the ’70s.

I chose to include it due to the current dialogue and rhetoric happening in the industry about assault and misogyny. I want to listen and learn as much as possible hence I also chose ‘I’m a Man’ by Pissed Jeans and Dina Gad’s ‘Crack The Whip’ as a closer because they’re from a female point of view.

What are the key things you consider when composing a DJ mix? Did you have a dancefloor in mind for this one, or were you thinking more about a mix for at-home listening? Or perhaps both?

I try to find a narrative that can fit whatever surrounding I’m performing in. This is usually to make people dance and lose themselves; however, I wanted to keep things hypnotic and ritualistic for this mix with a focus on dance music’s current climate. It’s both for home listening and the club.

Can you talk us through some of the tracks you’ve selected for the mix?

Techno has always been punk and political. It represented a certain freedom within music for me so I wanted to celebrate that and its diversity, but also remind people its origins are not just completely rooted in European hedonism.

A bigger picture of historical and political events; the demise of disco due to racist, homophobic radio DJs and popular music consumers of the time, combined with an international oil crisis; all played roles in shaping house and techno music as we know it today.

Something popular gets pushed underground and is reborn into something independent. So the tracks are all this with a little dose of LSD, XTC and Amphetamines.

Moving away from the mix, what’s been keeping you busy over the last year or so?

Dealing with Cyberpunk 2077 on a PS4 but resolving it with AC Valhalla. Skateboarding or walking with my mum. Lots and lots of beer, dealing with a lack of money, weird meals and crushing loneliness. Universal Credit. Ugh.

Has lockdown been fruitful or a hindrance in terms of making music?

I have to say it’s been pretty fruitful with a few struggles here and there but mainly very fruitful. I’ve not been able to work on many collaborations but it’s enabled me to focus and develop my solo stuff. Not having time constraints has been both a hindrance and freeing.

Last year you released your second EP for the San Francisco-based queer party and label Honey Soundsystem. You’re clearly relatively close to the US collective, can you tell us how this came around?

Oh well I met Jacob aka Ms Jackie House because my friends Dave Bull and Ben Price booked them for their awesome Studio 89 party. We met at the meal as I was asked to host Jackie and we hit it off from the outset and it all evolved organically from there. I got to meet Robert and Jason from HSS when I toured the US in 2018 and I was made to feel very welcome. 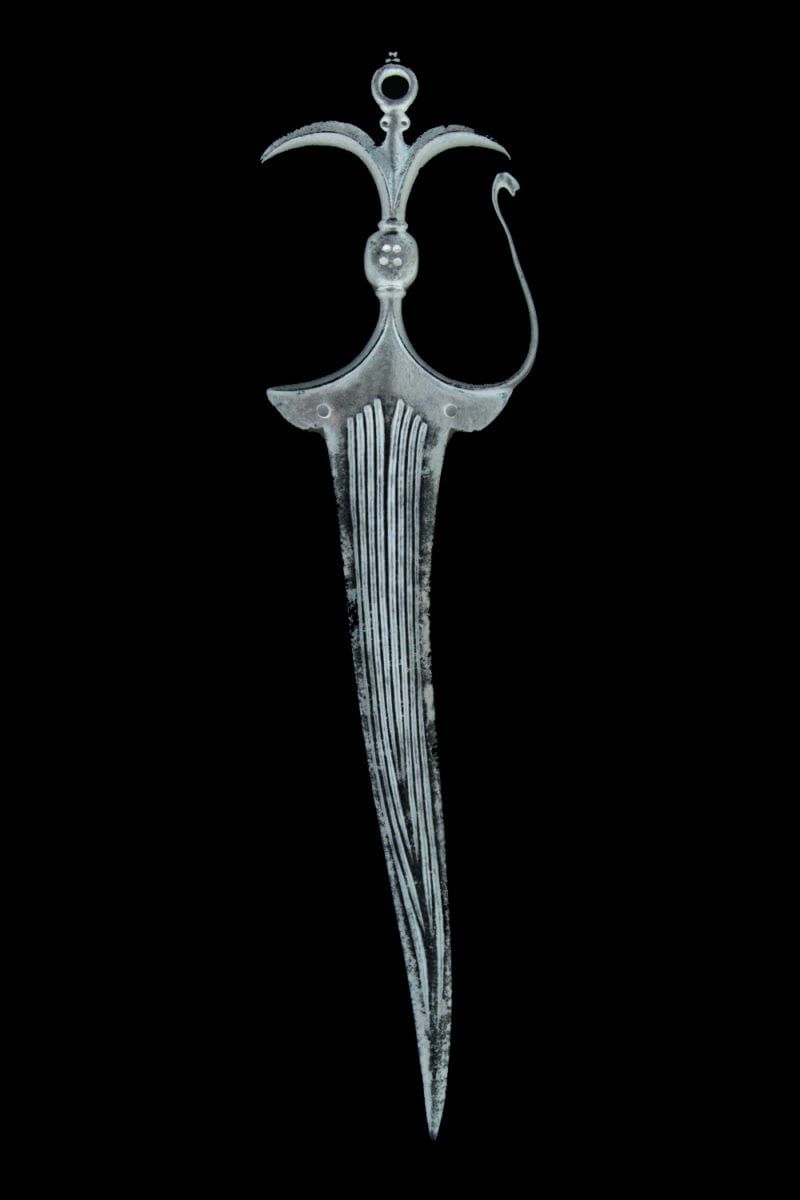 Back on home turf, what’s been happening recently in Bristol? We clocked your most recent collaborative EP with Borai on Bristol’s Happy Skull?

I guess the pandemic has put a stop to things but it was amazing to be able to go to Strange Brew, a new venue run by the Dirtytalk crew before the lockdown. There’s not been much collaboration unfortunately. Boris has been killing it right now and we have more Spiritflesh in the works.

We were big fans of the record you released as Spiritflesh several years back, which was also alongside Borai. Are there plans for any more material from this alias?

Yes we do but as we are a three-piece band now it’s been a slower process. We have a 7-inch single forthcoming on FuckPunk and hopefully a second album done and ready for release by mid 2022.

What were the inspirations behind that project? It felt like you were pursuing a very different and specific vibe.

A lot of classic Industrial and noise stuff, delving deep into Indian drums and percussion instruments but also very inspired by Death Metal and Black Metal. In particular the album interludes on metal albums which are often completely percussive or guitar textures.

When we started the project Boris and I were very inspired by Australian Death Metallers – Portal. Coil and Muslimgauze played a big role too and shit, lower than b movie, horror flicks.

How about other collaborations? There seems to be a spirit of interconnectivity between Bristol-based musicians in general, regardless of the music being made in general by the artists as solo musicians.

I’ll be playing bass and programming drums for a great new Bristol Noise Rock / Punk Rock band called LAWNMOWERS. Jake from the band has contributed some guitar for a solo project I’m working on currently.

Looking ahead at the not so distant “post-lockdown” future, how do you envision the electronic music community coming together, hosting events and festivals?

Firstly, if we are able to get back to it, everyone’s going to lose their shit in the clubs. Secondly, as it’s a business, I also feel certain parts of the industry will be out for blood – the real big mainstream clubs will only book the big guns as everyone needs to recoup.

The big fish will try and dominate and lower their fees and the little fish will be surrounded by sharks and drowned out for a while.

The only people that seem to have flourished are the ones that already had money in the first place. This will push the underground we are in further and it will birth something new, hard and exciting. I feel a tighter unity may come of all this and it will bring us even closer together. I hope so anyway.

Finally, we’re aware of a few Bristol-based music organisations, but would love some insider info on the best community projects you know about, can you share some details of those you feel do good work?

Ah there’s so many. A lot that I’m most likely unaware of but within my world I have to mention Noods Radio, Avon Terror Corps, Bokeh Versions, Rewind Forward, Slack Alice, Ceramics, Plaque, Young Echo, Strange Brew, Dirtytalk.

All of these organisations have done impeccable work and given back so much to the city they live in. So check them out.