Sometimes, terms like ‘music producer‘ fail to fully describe the dedication and depth of artistry of a musician. Hailing from the south of Russia and now living in Moscow, Igor Dyachenko sits in this bracket. Defining him as an ‘ambient‘ producer draws away from the creative and scientific approach he facilitates with his music — whilst it certainly fits the bill in many regards, the term, which is rapidly losing veracity as producers stretch the genre’s boundaries, goes only some distance to cover the scope of Igor’s approach.

We became aware of Igor after he approached us with his spellbinding collaborative album, ‘Ecosystem‘, produced alongside fellow Russian sound sculptor Dessin Bizarre. It wasn’t just the quality of sounds on offer which caught our ear; the pair clearly worked some magic into their performance as a result of their kinship, which manifested in enigmatic recordings as pleasurable to listen for the tenth time as the first.

Igor’s ability to extract frequencies from myriad sources and mould them into his desired shape makes itself apparent across his output, which is denoted by a great level of care and dedication. In advance of his next solo album, and with a subsequent release forthcoming via his Audion Soundscape Clics label, we spoke to the emerging talent about his process, the inspiration for his sound-searching, and what’s in store for 2021. 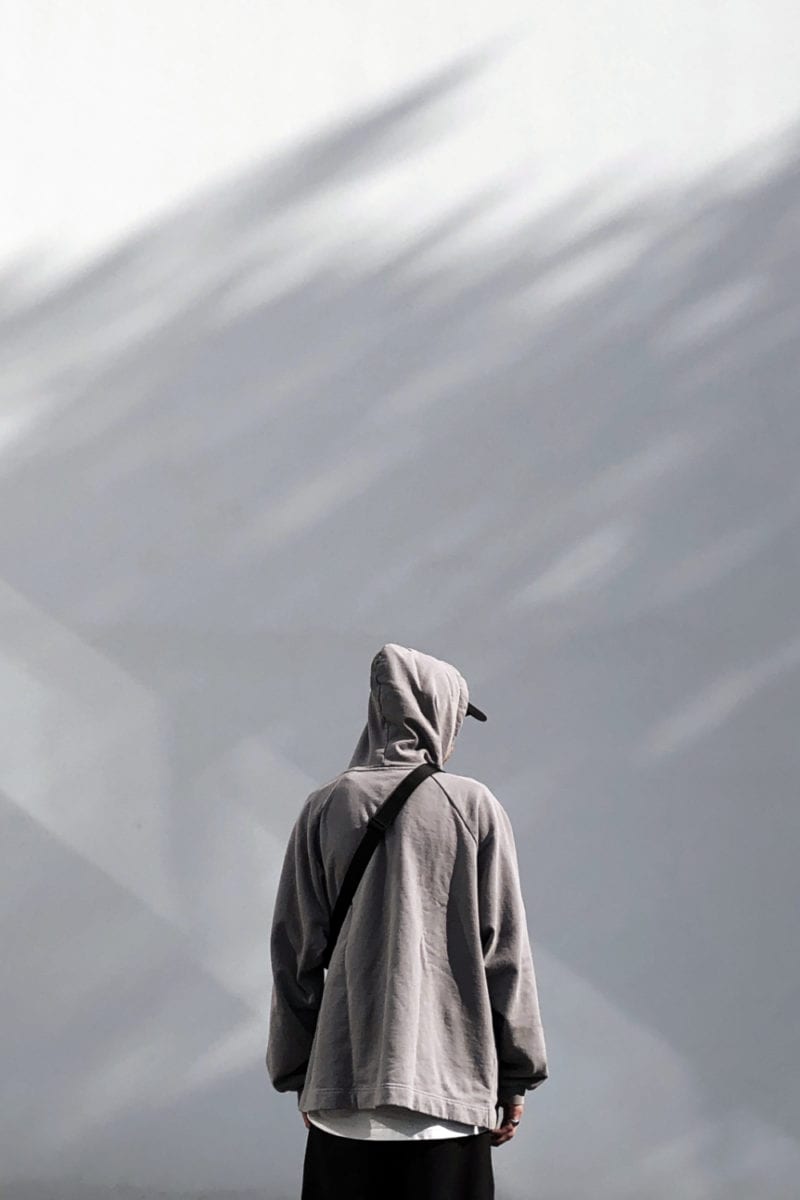 Hi Igor thank you for answering our questions. I’d like to start by asking you about your technical approach to creating music. What gear do you typically use?

Hello, thanks for having me. My approach constantly varies, however in the past years I’ve been using a modular synthesizer system in its vast variety. This is a process of constant research. Afterwards, I usually sample the sound on Elektron Digitakt, and then use Ableton if any post production is required. Of course, a recorder is always kept at hand.

What aspects does the gear you use give to your production that you like?

I am really into extracting textures and layering the granules of sound. For this reason, effects are my favourite part of hardware. With their help I can design any sound source, either from field recordings or by layering a great number of sounds, coming from different sources, in one great mass. Every module has its own algorithm and architecture that gives it a special sound. It is what I value, the fact that every instrument has its own ‘side-tone’.

Your ‘Ecosystem’ album with Dessin Bizarre was one of my personal favourite ambient records of last summer. You took a lot of inspiration from nature with the project. How do you turn natural inspiration into a mechanically-produced track?

Thank you. I have always been interested in the way sound waves act in natural spaces, and in urbanism and nature. It is a unique type of meditation with great room for research. The sound shapes limits, designs, forms, and images in one’s mind. Sometimes the latter are symmetrical with the real world, and sometimes they activate the parts of the brain responsible for speculation.

Thus, I am studying the sound space of a place where I am physically present. And then, beyond this, I prefer to synthesize and resample the recorded material with an attempt to either restore or compliment it, with shapes and applying laws of physics made and worked through by me.

The goal is to invent a space where a person can find themselves through aural perception. That is the core of the Ecosystem idea.

You’re based in Russia, but your tracks on the album seemingly take in inspiration from environments and weather systems from all over the world. What is the importance of the international outlook here?

To me it’s more like having a personal diary. I adore studying sounds and their innate nature, texture sourced from different parts of the planet. Starting from the cultural aspect (I call it ‘local ambient’), which may include folk music styles, the rustle of plants and trees, and ending with the sound’s behaviour among various objects of architecture. When possible, I am always trying to spend time with ‘ears wide open’ to observe the world around me, and often the natural surrounding ambience is a self-sufficient composition.

There’s more than a few ambient producers coming from Russia which have caught our eye — Perila, for example, who recently featured in the IA MIX Series. What’s the community within Russia like for this type of music?

It’s hard to say for me because I am not involved much in the community. I have obtained a circle of soulmates and colleagues who do ambient music for themselves, rather than for the career. I usually call such such people ‘translators’, meaning they are doing what is true of their nature.

You’ve collaborated a few times with Dessin Bizarre. What’s your relationship like? Do you have any other contemporaries in your circle?

We are good friends. We met in a company of people who work with module sound synthesis. Ivan is an engineer, with his own line of ‘Bizarre Jezabel’ Eurorack modules, and he perfectly senses ambient music. I would love to mention Dmitry Sarafannikov aka Kibosh, who I met only recently but began to collaborate with immediately, since we share an approach to work with music and the value of sound. Besides these artists, I strongly appreciate work of Nikolai Kozlov (ᕦ(ò_óˇ)ᕤ) and Ivan Yerofeyev for the physical characteristics of their sound. 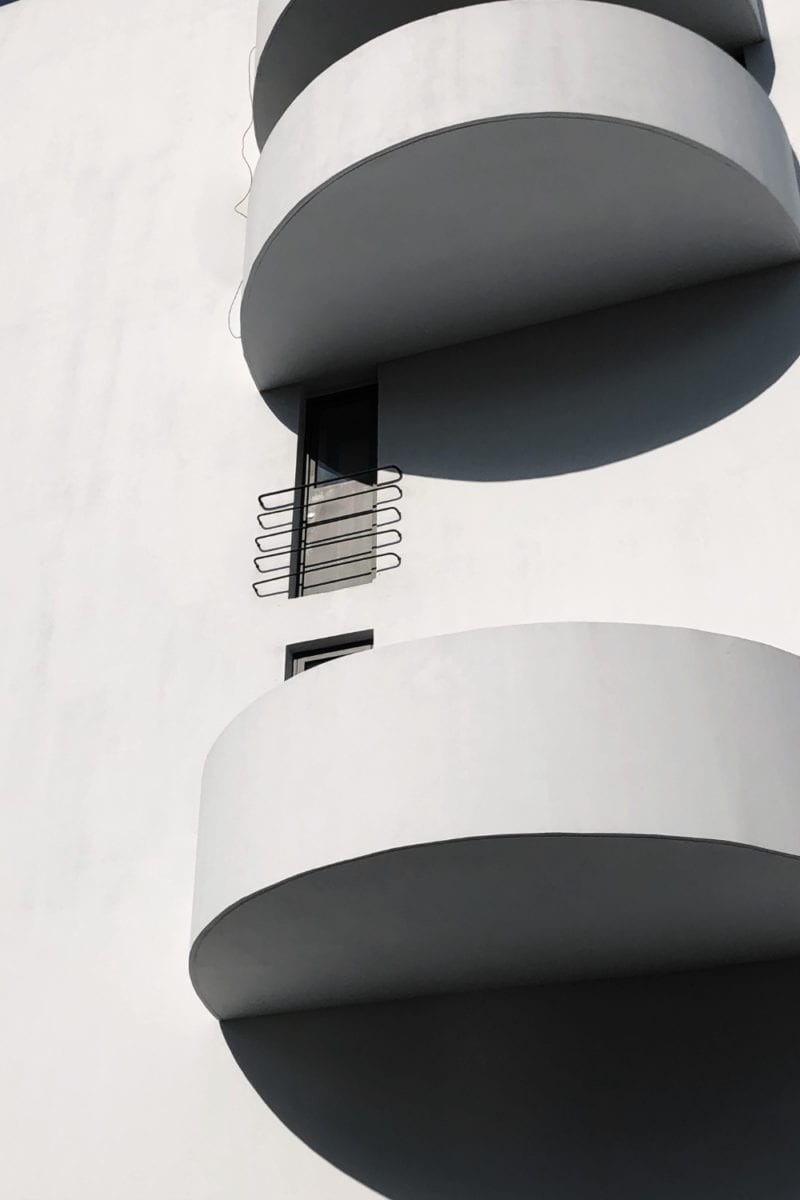 We caught some Instagram stories over the summer from your performances and residency at Signal Festival in Russia, and our collective jaws dropped. How would you describe the festival to people from abroad?

Signal takes place in the protected area of Nikola Lenivets, on a large territory among forests and rivers. It connects experimental sound styles and various architectural and visual installations, and last year’s event was about connection and unification with nature. A community of people all on the same page, enthusiastic about a particular phenomenon, makes the festival an example of a relevant electronic music festival.

What was your involvement as a resident?

10 days prior to the festival, the residents were invited to design a sound installation for one of the zones at the event. We were given a task to create a multichannel ambient system that is to play around the perimeter of the Mobius’ trail, which is a cyclical forest path that people often took while walking around the festival.

At the same time we could collaborate, exchange, and share experience, and have quality time together on the reservation territory, surrounded by the forest, a river, and enormous art objects from various artists. It was a beautiful experience and I would love to thank the residence supervisors for the awesome chance to live among talented creators and artists.

Do you have any other highlights from the festival?

I would like to highlight my solo performance since it was the first time when I heard my own music on such a massive sound system. The line of sub-performances in fields and forests were also the perfect environment for me and my music.

You have recently started your own label, Audion Soundscape Clics — can you tell us what is behind the name?

This is a random word combination which to me still bears some sense, since the whole work of the label for now is quite abstract and non-periodic. It makes sense – when micro-singularity points happen, something unusual takes place, which we aim to broadcast through the label.

What’s the vision for the label?

Abstractions and forms. I deeply value abstract sound as I believe it lets the listener become a co-creator or a co-thinker, to speculate and ponder about the present sound. The label is about spontaneous constructions, the variety and unpredictability of sound, and the Audion Soundscape Clics community brings together artists who work with modular and algorithmic sound synthesis to create detailed spatial soundscapes.

Who do you have lined up for releases? Can you tell us some more about the projects?

Next, Maxim Rumyantsev’s peculiar music album will be released. He is a professional engineer with many years of experience and a deep expertise in the area of synthesizer building. He creates lots of impressive sound constructions based on modules made by Russian engineers. It will be his debut, initiated by me since I truly believe people must hear it.

I am also going to release the album which I am now working on. This will be a continuation of my research and experiments with field recordings, modular sound synthesis, and detailed sound landscapes.

Lastly, can you tell us what’s in store for your mix?

This mix is a story with field recordings, sending us back to nature, as well as some present artefacts of physical features of space and time. To cut a long short short, it is a journey through frequencies and tones. I have spent much time and energy to create the needed, perfect form of the narrative there. Hope that the listeners will enjoy this trip.