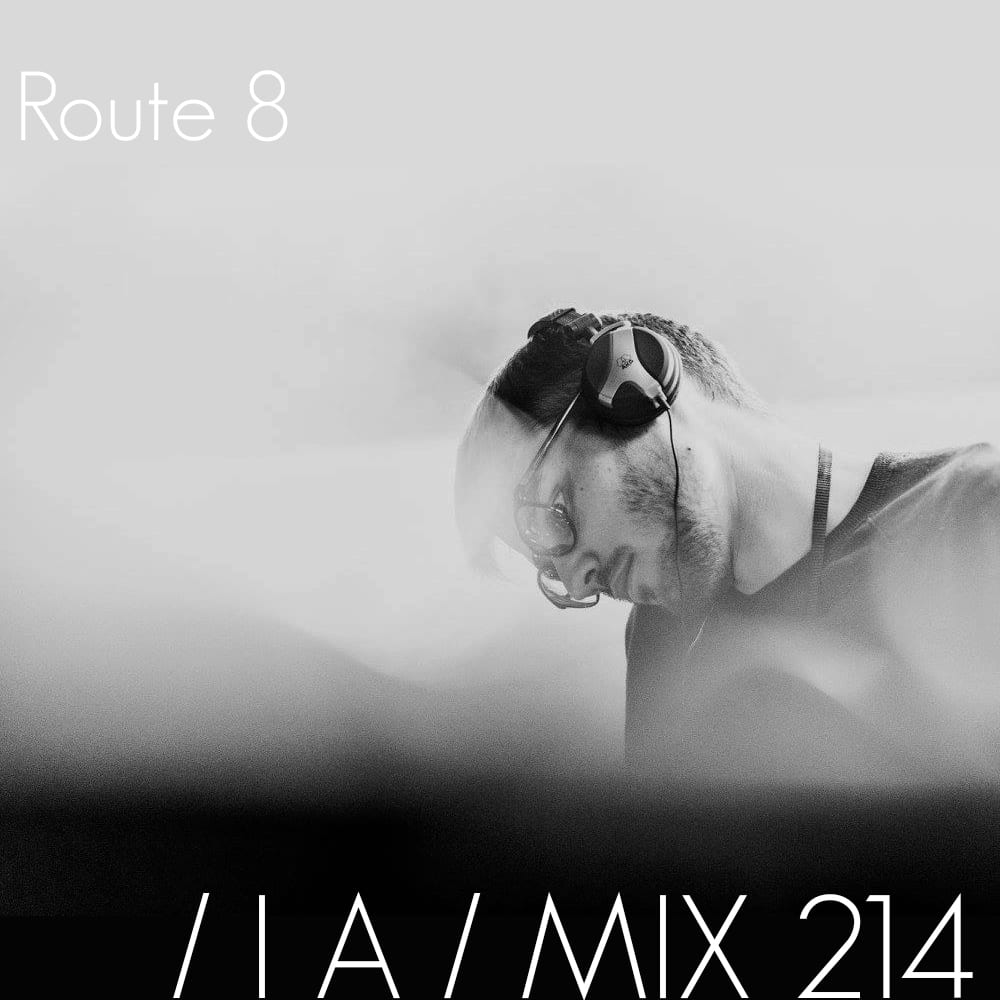 Since debuting on his friends’ label Farbwechsel with the 5-track ‘Mental Murder’ tape three years ago, Hungarian producer Gergely Szilveszter Horváth aka Route 8 has steadily evolved into a proper deep-and-dusty 4/4 warlock, switching hats between minimalistic techno groovers and sun-bleached house with a sixth sense for those enthralling late night combines.

His career took another turn after crossing pathways with the soundwave-carapaced king of the seas, Lobster Theremin, which released some of his best audio pieces including the high-rated ‘Dry Thoughts’, and his recent delivery for Dutch favourite Delsin under his Q3A moniker only helped set in stone the young Budapest maestro’s huge potential.

Ahead of his performance at Found Festival, Route 8 taped his first ever vinyl-only podcast for Inverted Audio, gracing us with a strong mixture of jaunty filtered house and extended ambientish blends. We sat down with Horváth to talk Hungarian scene, studio modus operandi and his impressive upward trajectory. 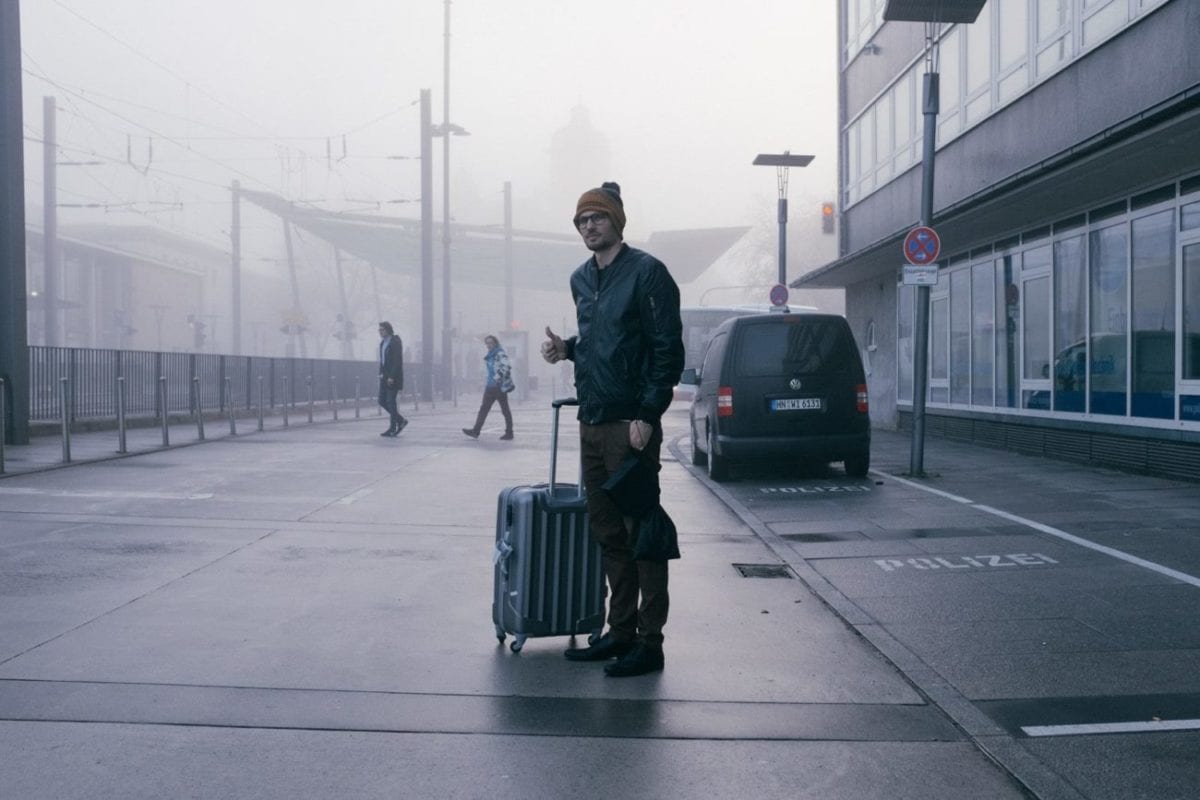 This is your first vinyl-only mix. Tell us about the selection process and mixing?

I have been collecting records for a long time now, every time when I get some money, I instantly spend it on synths and cables so I never had a proper turntable at home. But I was able to save up some money so I bought 2 Technics turntables and a small mixer so I thought I will give them a go.

It was fun, there is something magical about playing with vinyl. The tracks in this mix are mostly random 3€ gems I bought from Discogs, some records I got as a present during my gigs, and a few black plastics I bought in various records shops around the world.

You will be playing at Found Festival in a few weeks. How do you prepare for that?

Listening to a lots of Surgeon tracks haha, no but for real I will play at Find Me In The Dark stage where Surgeon, Blawan, Legowelt, Rodhad, Zenker Brothers, Ron Morelli and my friends Asquith and Courtesy will play so I will definitely bring some spaced out techno tracks for this one. 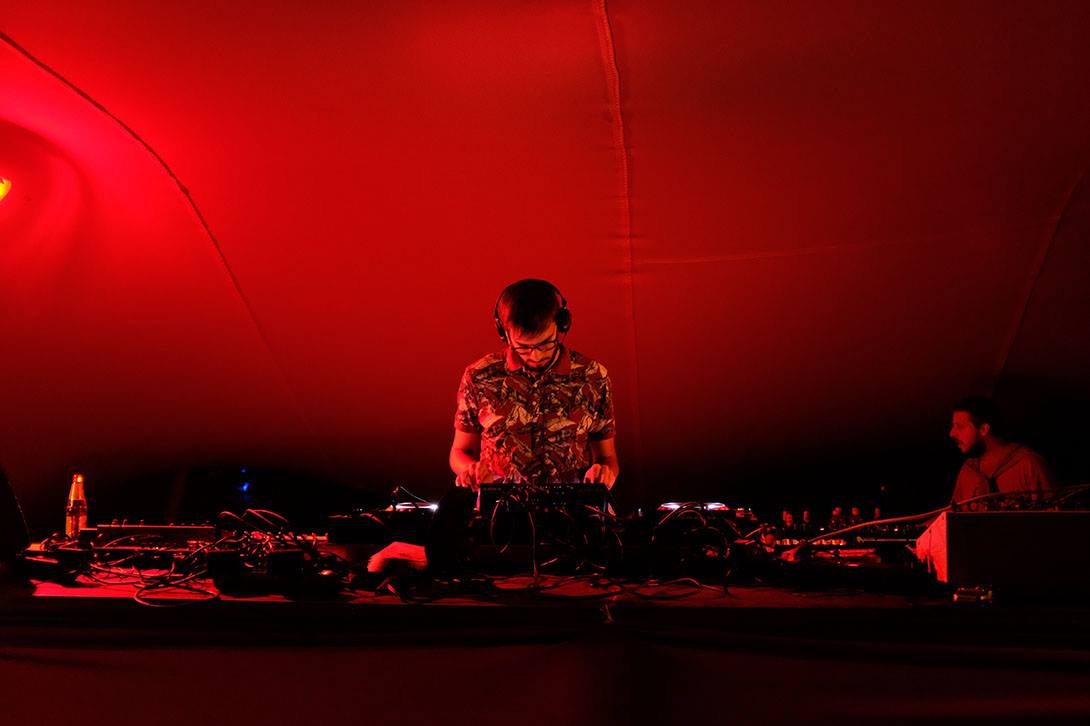 Do you prefer the festival vibe or are you more of a club guy?

I think I’m more of a club guy. I like small clubs where you can be really close to the crowd so you feel like you are in a high school house party, and you can just drink, dance and techno fist pump with them.

Your Q3A moniker is dedicated to the darker, pounding side of your music. How do you delineate each persona? Do you keep that in mind when composing or is it more of a functional thing for labels?

Well yes my Q3A alias is more for rocket launcher techno and spaced out electro tracks as it’s heavily based on the legendary FPS game Quake 3 Arena. I created this alias cause I like to make so many different types of electronic music what Route 8 is just not enough cause Route 8 is more for dreamy and a little bit lonely house jams. So yeah when I record a new track I see which alias would be better for it. I also have a third alias DJ Ciderman, which I will use for disco/R&B edits and some Jungle tracks I think. 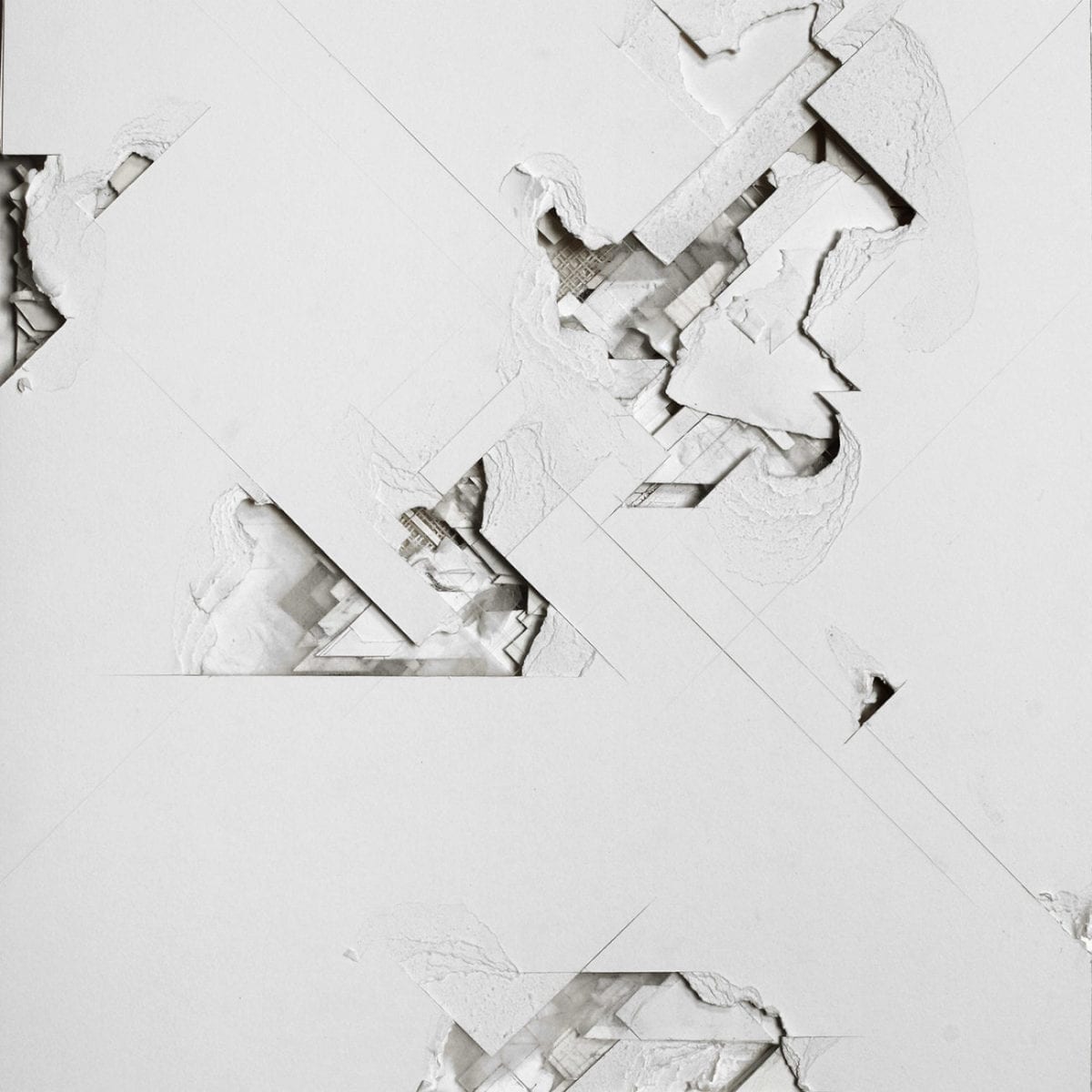 You have settled as one of the heralds of the emerging house and techno scene, landing on Dutch flagship Delsin earlier this year. How do you judge your own evolution?

Yeah I was really surprised that I was able to work with Delsin. They were such a big inspiration in my music. Actually the first message they sent to me landed in my spam folder… hah! Stupid Gmail.

I think I slowly evolved in a good way musically over the past few years. I learned a lot about synths, mixers, effects about sound in general but there is still so much to explore. So many sounds waiting to be created and this is what I like in this the most. The constant exploration to the unknown.

What does your studio comprised of at the moment?

AKAI MPC 1000, Elektron Machinedrum, Elektron Monomachine, which just died… man it’s a key hardware for my live sets, and for my tracks to. The best dub techno synthesizer I ever heard so I hope I can fix it soon. Nord Rack 3, Roland MC-307, Roland TB-3, BOSS SX-700 for effects plus some effect pedals, a small mixer, RNLA-7239 compressor and of course a red lava lamp. 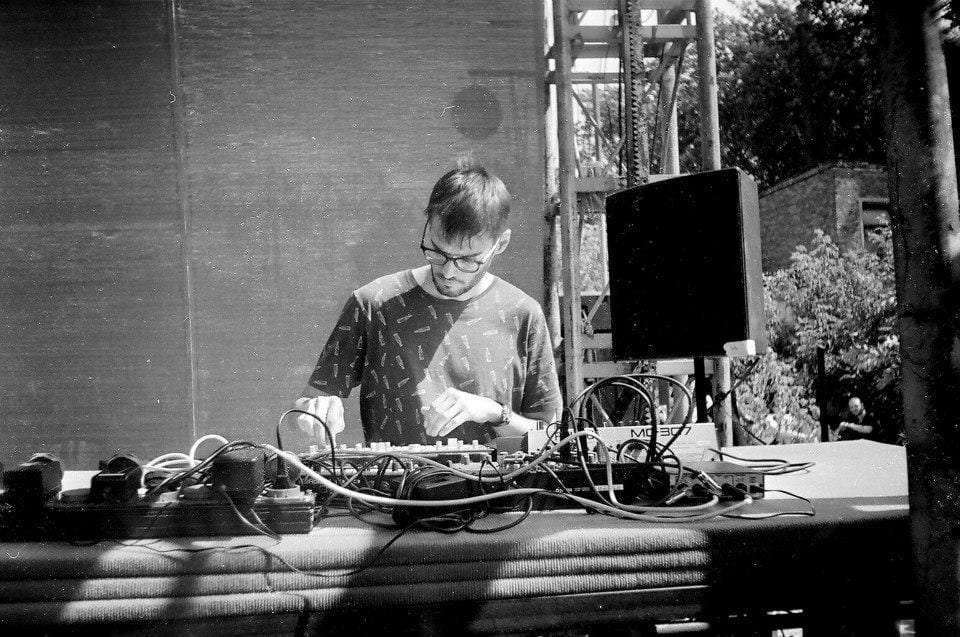 Is there any piece of gear that you would never get rid of?

Roland MC-307. Because this was the first synth I ever bought, and it is a really underrated groovebox, mostly because the preset sounds in it are so cheap, but once you dig yourself in It you can come up with some amazing pads, basses, leads, dreams.

The Hungarian scene has been flying high lately, with you and some of your fellow countrymen – Imre Kiss, S Olbricht, 12z, Norwell, Alpar… – making quite some noise on the international scene. How’s the emulation going in Budapest?

It’s really good to see that other Hungarian artists are getting recognition. They also sparked some sort of fire in the local scene here but along with these artists also Larm, which is a club here in Hungary helped a lot in this too.

People brought so many good artists to this little black box it’s amazing. So yeah the scene in Hungary is really vibrant at the moment. I just hope that more Hungarian artists will show up, cause lately it kinda stopped but I try to help on this with my label This Is Our Time.

Which artists should we keep an eye on and why?

TRP for sure. He is such a nice guy and I really enjoy his work. Also P Trafford who is an amazing techno artist and I think he runs the Forbidden Planet label too. He got some really special tracks and mixes online. 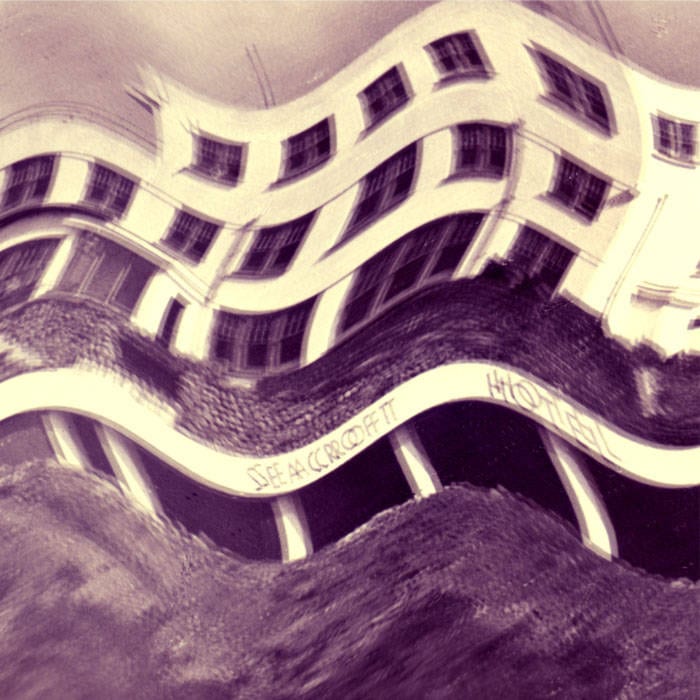 Lobster Theremin has been a pivotal point for you, pushing Hungarian electronic music to a wider audience. How did you get to work together in the first place?

Well I never had any plans with my tracks, so every time I recorded something new I uploaded to Soundcloud. One day I got a message from Jimmy (the boss of all the lobsters around the world) that he wants to start his own label Lobster Theremin and he would like to do an EP with me.

I was like Lobster Theremin? What is this name mate? Haha! And then he sent me the first Palms Trax EP and I was blown away. I thought to myself that this label is gonna be special so we did our first EP, than we did a party together in London, traveled together around Europe, to Egypt, to Australia so we became really good friends too. So yeah Lobster Theremin is more than just a label for me.

Which shop did you last visit and what have you bagged there?

Tesco last night. Bought an instant ramen soup and a can of coca cola.

What’s your schedule reading for the next couple of months?

After Found Festival I will play at a small festival here in Hungary called Kolorádó, then on Jun 24 Paris at La Plage de Glazart, Jun 25 Aachen (Germany) at Musikbunker, Jul 2 Metz (France) at TCRM-BLIDA / The Walking Ghosts Hall and more to come. Also we are working on a Lobster tour in the USA around November. Hopefully we can make it happen.