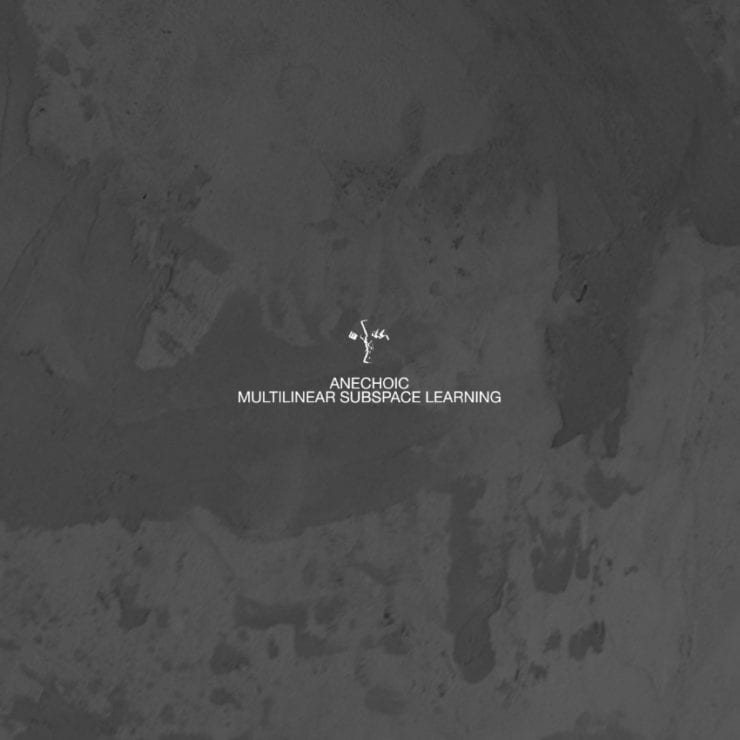 Fresh after releasing via Berlin’s Konsequent, as well as other labels such as Subsist and Faut Section, Anechoic’s vision of techno is firmly aligned towards heady and hypnotic frequencies.’Gaussian Elimination‘ holds particular force: backed all the way through by a fierce bassline that verges on exploding into redline territory at the slightest provocation, the track sets the bar high for the whole EP.

Giving no quarter and no respite, the coiling bassline is like a living riptide, pulling you around the 4/4 pillars in reinventing patterns. The minimal aesthetic benefits from a resonant echoing, which circles around the upper frequencies. Serving to keep you buried in the mire of subbass more that offer a hand to salvation, the additive effect of each element Anechoic has selected is near-suffocating in all the best ways.

‘Multilinear Subspace Learning‘ is scheduled for release  23 October via Credo Records. Order a copy from Bandcamp.