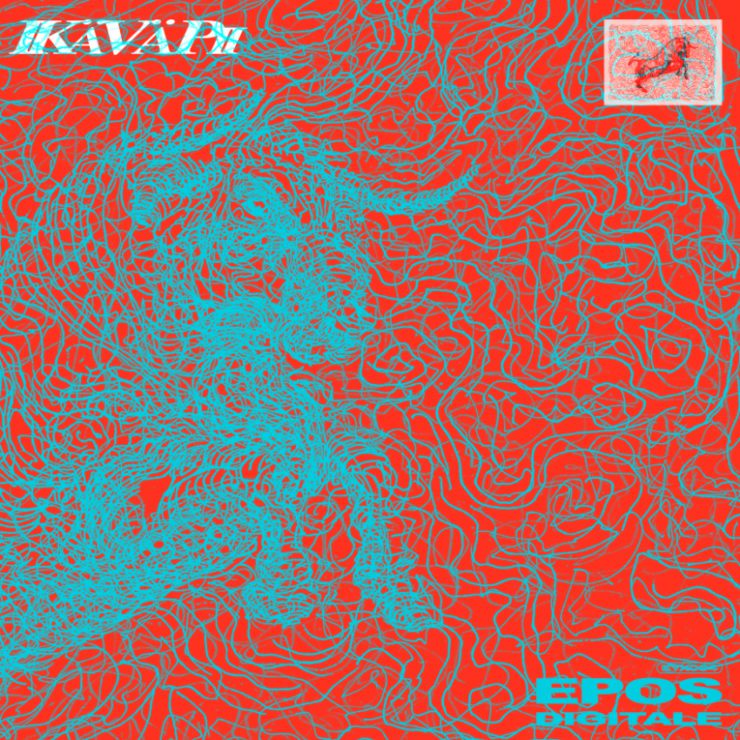 London-based musician Ikävä Pii is up next on Early Reflex with ‘EPOS Digitale‘, a three-track EP that builds on the sonic concepts introduced to us throughout 2020’s two-part album ‘Post Capitalism Hyperwars‘, released through Pii’s co-founded label Too Much Information.

Throughout ‘Post Capitalism Hyperwars‘, Pii’s imagination and creative flair are made more than apparent, and the same holds true for this single. Aligning his musical approach and sound with the ‘Fifth World’ movement, Ikävä Pii’s approach across ‘EPOS Digitale‘ seems to be more direct than some of his previous material, perhaps more targeted towards the shorter release format.

His brazen sonic identity remains intact, however, with notes veering in and out of typical keys and scales, contending with the sporadic scattergun drum programming. It’s a chaotic mix, but one that remains charged with originality and a clear desire to steer well clear of the regular and the norm.

Our pick from the EP is ‘the end of the end of History‘, built around broken-glass fragments of unruly synthwork that sound barely-contained. Roughly channeled towards a forward-leaning crescendo, Pii’s wrestling with the sound sees the track swerve in a non-linear manner from the percussive-led intro through to the frenetic close, with momentary pitstops along the way that tease alternative endings to the creative piece.

‘EPOS Digitale’ is scheduled for release 3 September via Early Reflex. Order a copy from Bandcamp.

1. death by haha reaction
2. the end of the end of History
3. reddit Against Wall Street