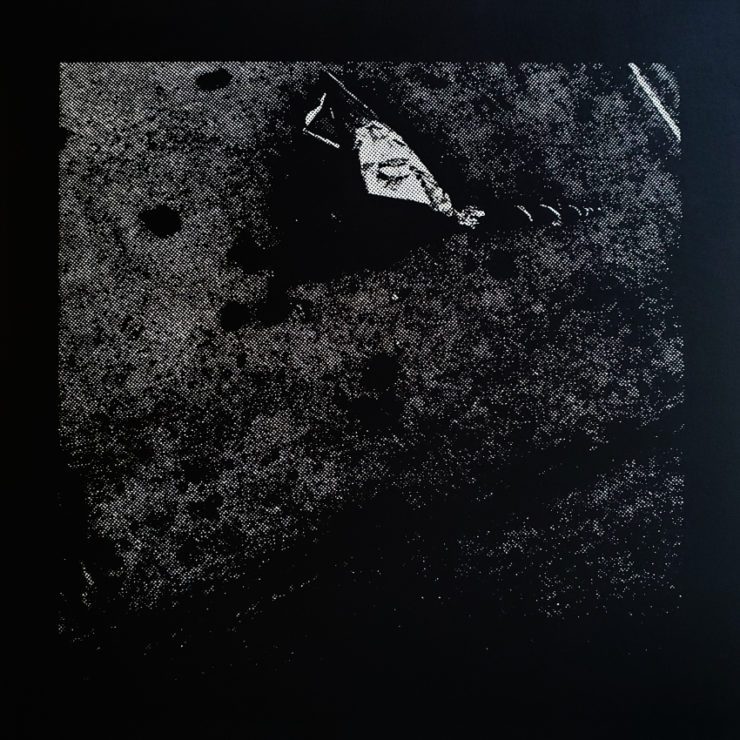 After a brace of releases demonstrating their ambient mettle, Enmossed stretch out into more clubbier climates with the ‘Anxious Meditation‘ EP from the L.I.E.S-released M//R, who provides cerebral and experimental music well in-keeping with Enmossed’s past catalogue.

Dub techno may a label swiftly applied to seemingly anything made with electronic instruments and a hearkening back to certain deep or repetitive instrumentation, but don’t make the mistake of applying that label here. M//R cleverly navigates overused tropes and comes forward with stylistically independant music that still remains within the dub-influenced sphere — yes, there may be echoes of cookie-cutter patterns, or of the sound bites that are hallmarks of that subgenre, but M//R seems to approach the genre from the opposite side of the river to the run-of-the-mill.

Sounding far more like early Lee Perry or On-U Sound studio jam sessions than the metered out genericisms that tend to immediately spring to mind thinking of ‘dub techno’, M//R’s tempo and rhythm rest only loosely around the mantle of a 4/4 beat — the center label reads “33-45 RPM”, perhaps most succinctly describing the rhythmic ambiguity heard across ‘Anxious Meditation.

The titular track makes full use of the stylistics shown across the EP — icy drums ricochet inside feedback-fed tunnels as psychedelic surges of sound leap up in curious array, delay sitting heavy atop just about everything in the mix, making the leaps of syncopated bass and drums even more chaotic and untraceable. A real speaker-tester track, M//R’s delicate balancing between the crystalline upper reaches of frequency range and the wet depths of subbass demonstrates a complete knowledge of his sound, the final product expertly finished and ceaselessly entrancing.

‘Anxious Meditation’ is scheduled for release 22 March via Enmossed. Order a copy from Bandcamp.