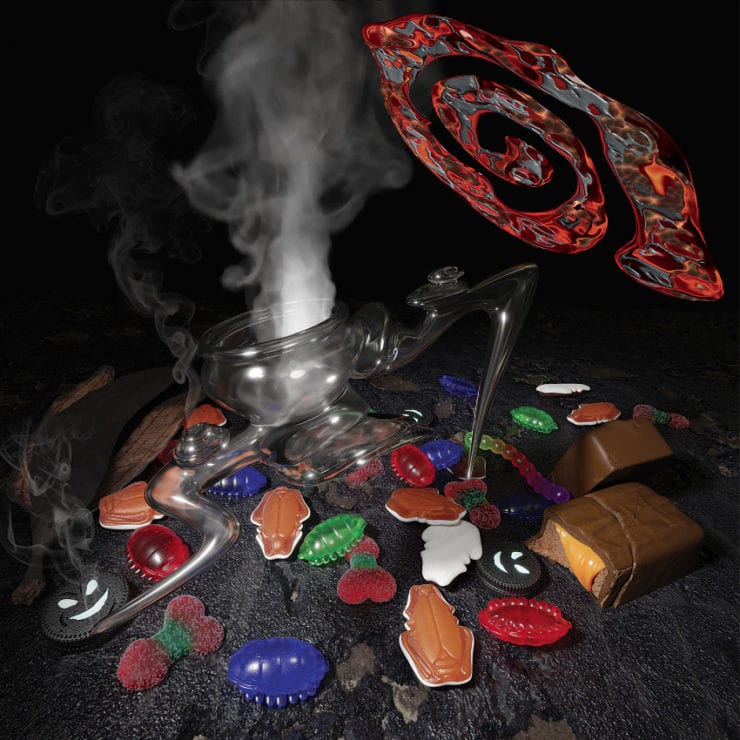 Marseille mentalists Brothers From Different Mothers (BFDM) serve up a bowl of flaming hot badness from the serially strange Maoupa Mazzocchetti in the form of his next album, ‘Uxy Dosing‘.

Followers of both Maoupa and BFDM will know by now that expectations of what the music holds simply  cannot be made without total immersion in the strangeness — after all, this is the label that brought you J-Zbel’s reality-scrambling debut album.

For the uninitiated, Maoupa’s music has been sprinkled across some of the most out-there and cutting edge labels, from Editions Gravats to Knekelhuis and Mannequin, and his sound never stops transcending beyond the edge of the peripheries he first began at. We’ve warned already about preconceptions, and we do so again — proceed with caution.

Opening shot ‘Sceptre Chases Away Shadows‘ opens the floodgates for the highly radioactive music to burst forth. Mind-bending from the get-go, Maoupa wastes no time in grabbing the listener by the throat and forcing them to take the plunge into the Senni-esque pitch-leaping blasts of saccharine synths and flickering trap drums. This is no background music — the ride demands your active attention in order to avoid the dangers lurking in the most caustic excesses.

Spoiler Alert: this one isn’t even half as wild as some of the rest. Take that, mundanity.

‘Uxy Dosing’ is scheduled for release 15 February via Brothers From Different Mothers. Order a copy from Bandcamp.