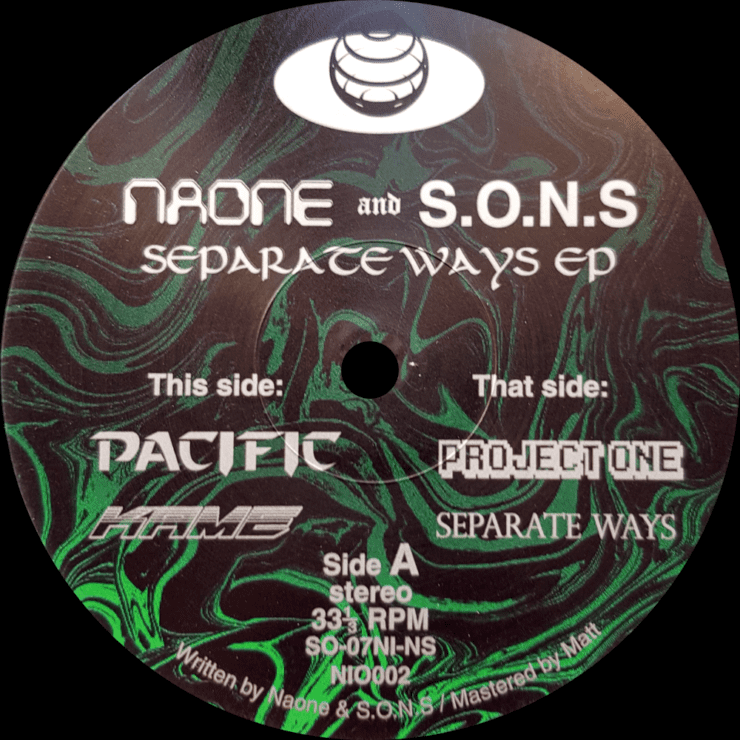 Our pick, ‘Project One‘, kicks off the flips side with a trance-like push-and-pull bassline, the bedrock of the track. Scurrying atmospherics paint the air as the track comes into its own to the sound of acerbic acid licks that slowly intensify without becoming overbearing, all pinned together by a thick low end groove.

S.O.N.S’ celebrated style of combining music from across the world of rave really shines through on this track, with newcomer Naone giving an exciting production debut.

‘Separate Ways’ EP is out now. Order a copy from Phonica.