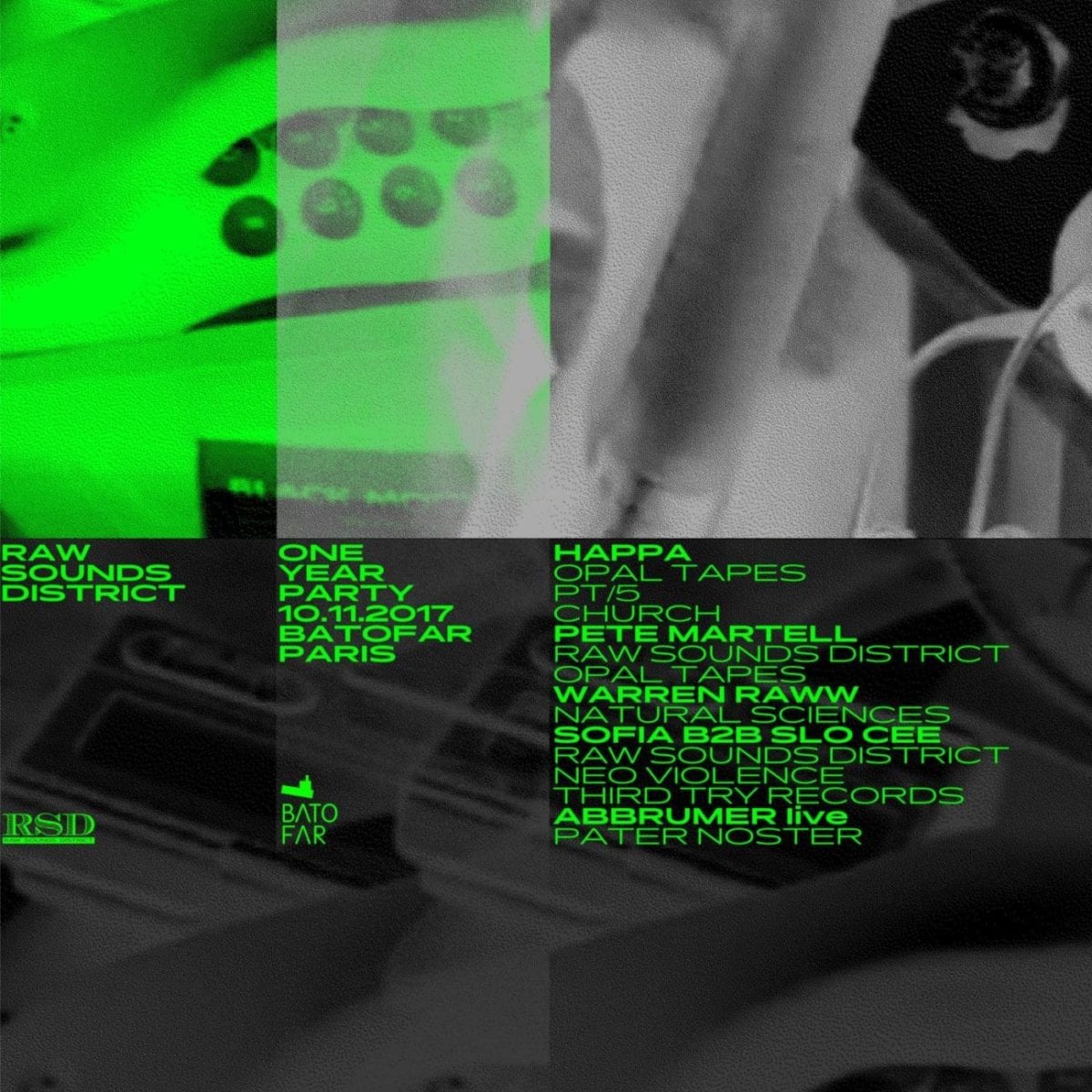 Incepted last year with a promising debut VA that gave the general heading for the releases to come, French imprint Raw Sounds District continued their upward climb with three solid EPs from Leeds talent PeteMartell, Turkish producer Voyd and more recently a grade A offering courtesy of high-rated prospect Bakground, off which we premiered the jungle workout ‘Untitled Hardcore‘.

To celebrate their first anniversary in due form, the Parisian label planned a rather massive take-over at Batofar on 10th November that’ll see UK techno whizkid Happa bring the lightship-turned-nightclub to a boil with his gritty, heavyweight techno blends. In-house producer PeteMartell will also make the trip to the French capital to showcase his hissy and dusty shufflling joints in full effect (make sure you check ‘Allenby Portrayal‘, taken from his most recent outing on the label).

Another highlight of the night will undoubtedly be Adelaide production duo Warren Raww aka DJ Heure and Hank Youngman, whose lush and dreamy tropical-house jams have been featured on some of our best friends’ imprints including Manchester’s Natural Sciences and Lobster Theremin’s sister label Distant Hawaii. Completing the picture, label owner Slo Cee will share the decks with Sofia for what promises to be a straight out tasty B2B that shall span a variety of styles, whilst mysterious French producer Abbrumer will get to shake the dancefloor upside down with his pacey Detroit-style electro-tech groovers.

Head over to Facebook for more info on the event / Get your tickets here. 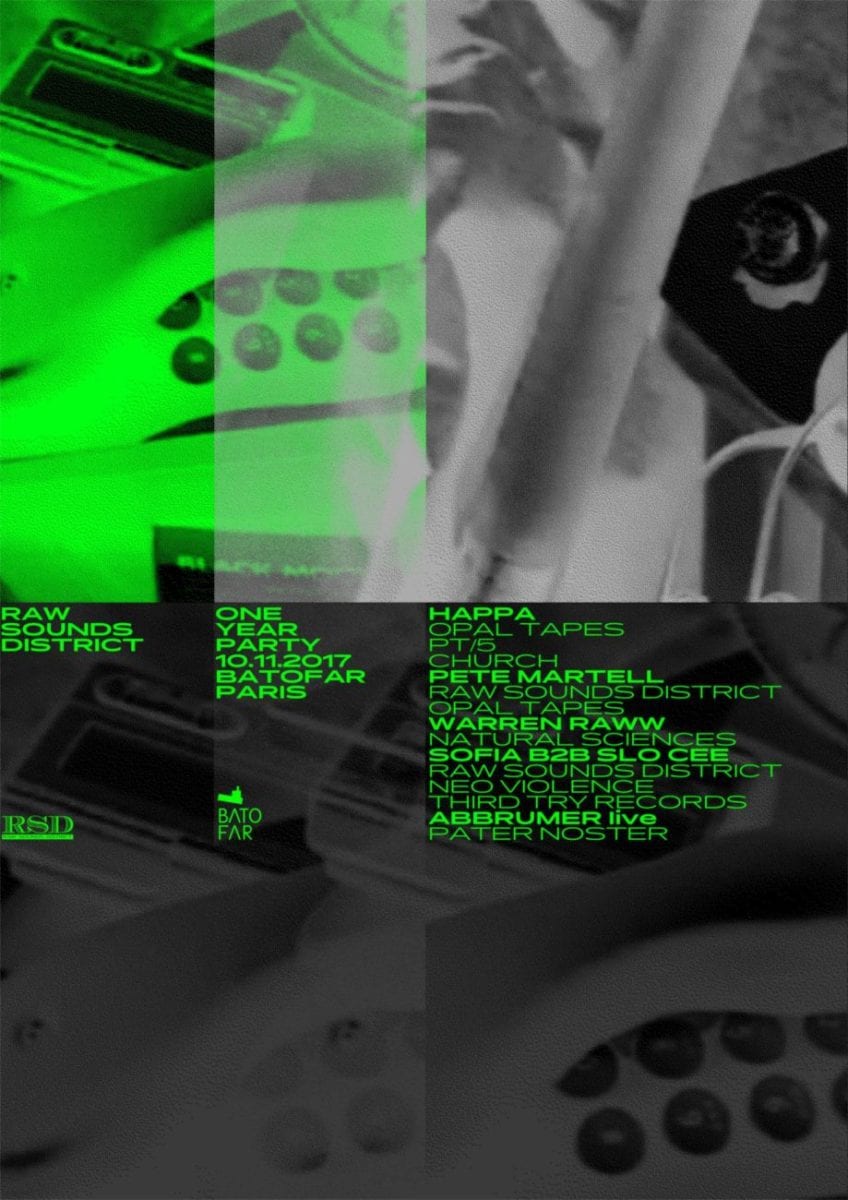