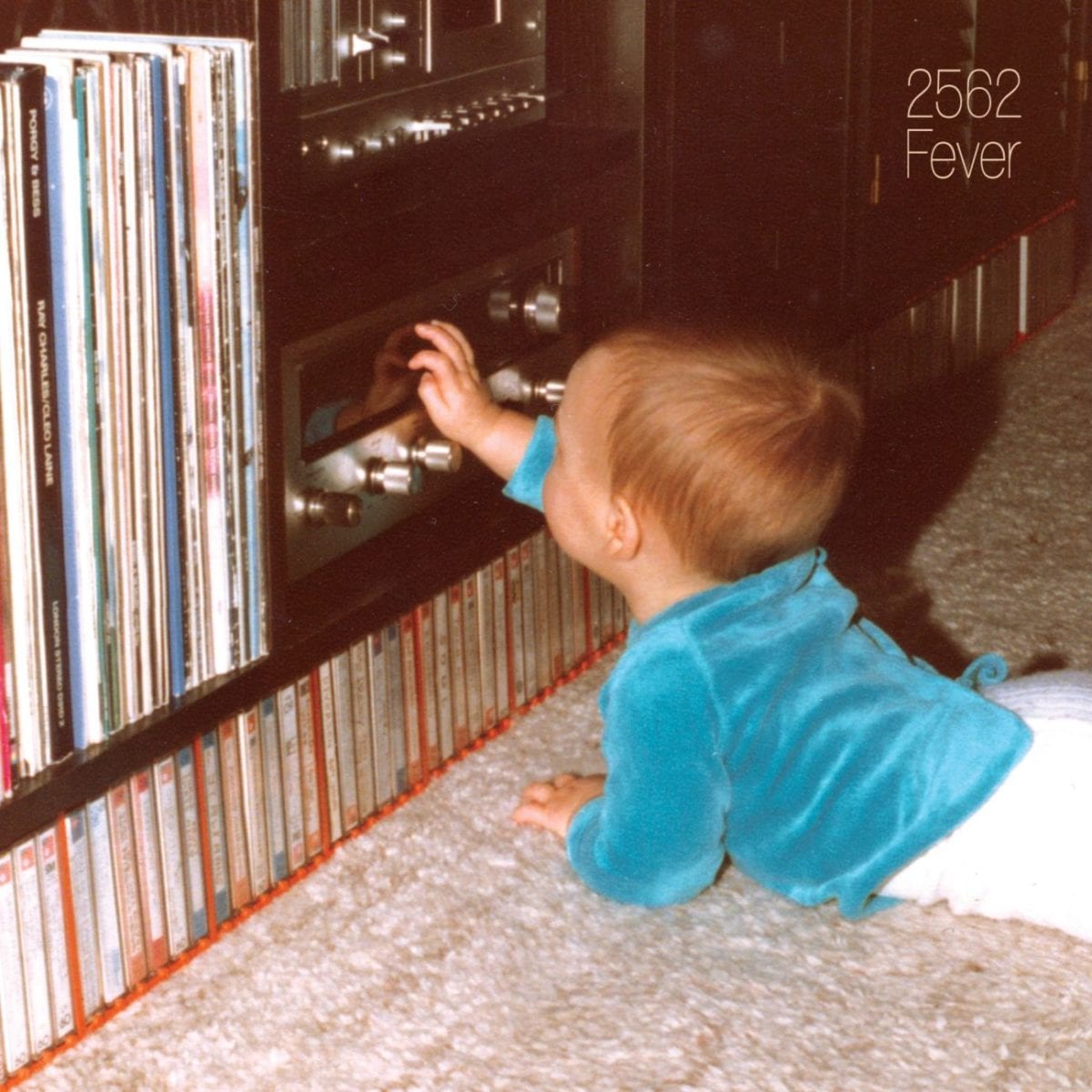 Since 2008’s Aerial, Holland’s Dave Huisman AKA 2562 has continuously been at the forefront of next level, techno-induced dubstep. Fever is his third full-length outing under the 2562 moniker, and was initially contemplated as a disco concept record.

With every hit, sound and sample meticulously taken and treated from Huisman’s collection of first and second wave disco, his intent was to forge a sweeping resurrection of these soulful 4 x 4 foundations, by diverting them through the mechanistic annals of house, techno, broken beat, and post-garage.

It’s readily apparent that Huisman’s time spent developing his A Made Up Sound alter ego has drawn him even deeper into 2562. The LP’s artwork illustrates Huisman’s childlike nostalgia towards Fever; utterly immersed in trawling through a Pandora’s box of dusty disco relics. That said, Fever sounds nothing like the excess of 1979, instead revelling in the drowned-out, futurist and salient territory 2562 navigates so well.

2562’s best asset is his capacity to manipulate frenetic percussion and endorphin-inducing synthesis into functional and constantly fixating tunes. ‘Intermission’, a late night, club-ready roller, is tweaked and restructured perfectly. Piston-like hats, snares, and rimshots litter a thumping drum track, which is ridden by an envelope of flanger and chorus to the first degree. ‘Fever’ is a brilliant finale, equally dissonant and busy; eventually strolling off into the horizon over a jungle bassline.

The brilliant ‘Aquatic Family Affair’ is a twirling Rick Wade number, expansive and bold in depth and colour. It bears a strong connection to the bumping productions of fellow Dutchman Martyn. At an efficient 3:16 in length, the abrupt ‘Final Frenzy’ contorts and condenses pulsing stabs over a firebrand Shed banger.

Huisman’s excellence lays in his ability to reboot the past – transforming countless fragments of nothingness into deft, finesse-laden jams. ‘This is Hardcore’ is another tub-thumping rave bomb, swirling in memories of acid and psychedelica, while ‘Brasil Deadwalker’ is a heavy throwback to early Jeff Mills and Mike Banks. ‘Cheater’ owes more to UK funky.

Fever is a strong counterpoint to the failures of more obvious 4 x 4 revivalists; mainly because of its focus on the format’s possibilities, rather than its parameters. It is truly a melting pot where New York meets Chicago, Berlin, London and Detroit; with the end result being undeniably 2562. Huisman understands the requirements of the dance and the solitude of headphones, which means he often exceeds the expectations of both.

Huisman’s rebirthing of the jacking skeletons of techno and house has always been fresh, with his pride in ingenuity always in full view. Whilst it’s not perfect, Fever does ultimately culminate in 2562’s most daring hour to date.