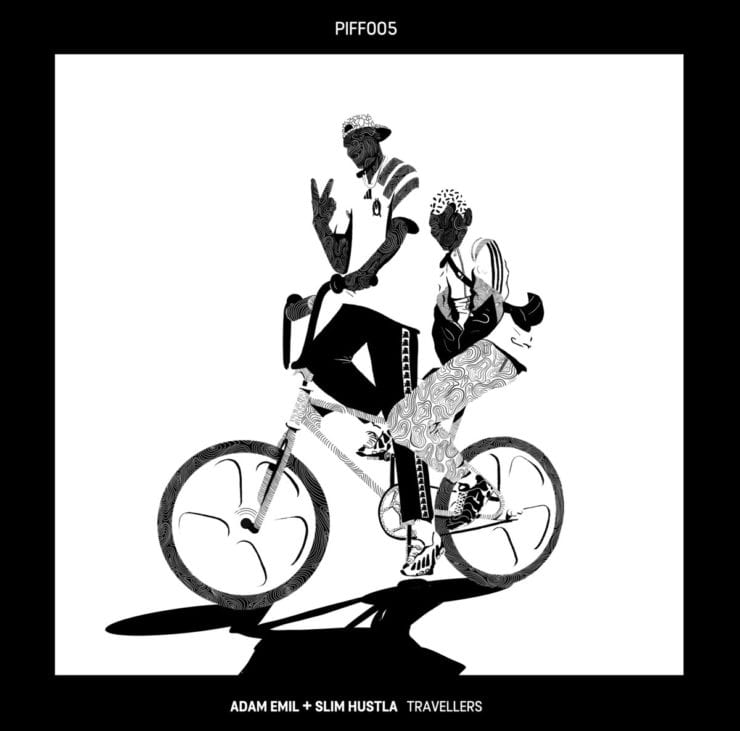 ‘Travellers‘ EP offers two cuts from both artists, and as you can expect some serious time-proven vibes. Adam Emil opens with ‘Genuine‘, and the title says it all: an emotional house track with mellow vocals, surrounded by late night atmospheres which by the way never leaves the record.

‘Genuine‘ is ideal for preparing for a party or coming down after several hours of raving. An excellent piece of music, where the structure remains simple all along, yet consistent and well balanced throughout. ‘Hovedspring‘ is an intergalactic downtempo journey through time and space, ignoring Space Dimension Controller’s sensual funk for the exotic ambience and focusing more on drums.

On the flip side Slim Hustla is on point with ‘Newfound Love‘ – nodding towards Italian Dream House era, such as Young Marco’s excellent Welcome To Paradise compilation. A bit of balearic thrown in the mix with early progressive trance sounds.

‘We Forget That The Water Cycle And The Life Cycle Are One‘ captures the same frame of mind, but cleverly builds upon a breakbeat tip, creating a more philosophical mood and hence functions better at home than in the club.

Though it did not make it onto the vinyl edition of the EP, Slim Hustla’s digital only ‘Midnight In Copenhagen‘ is also worth checking out. Lush ambient jungle textures intertwine with soft acid sounds, soundtracking hazy moments of wandering alone through myriads of city lights in a lone world.

‘Travellers’ EP is scheduled for release in vinyl and digital formats 1 March 2019, order a copy from Bandcamp.