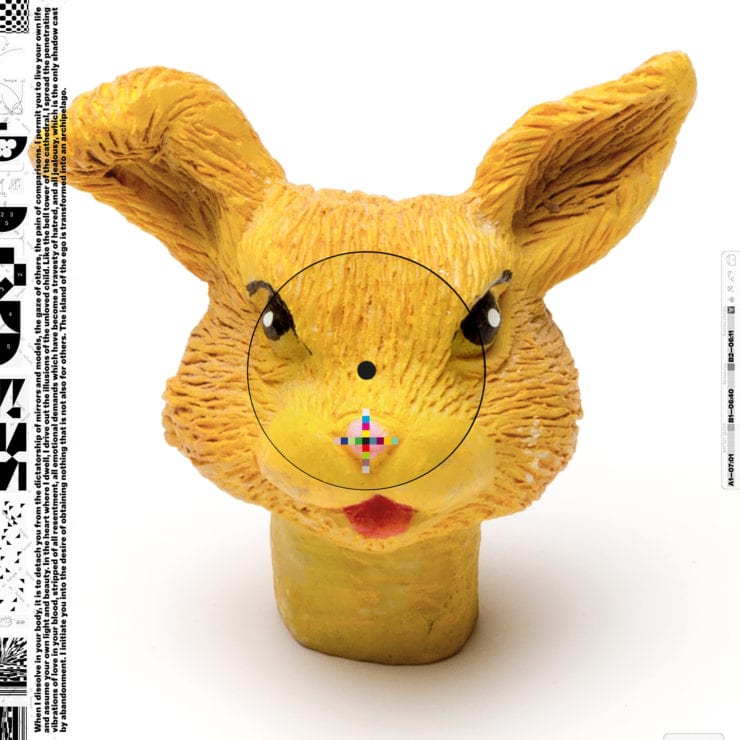 Bambounou, real name Jeremy Guindo, is one of those artists capable of collecting unanimous appreciation, from the cheerful and jovial parties in Ibiza to the more heady spheres of the electronic scene (see his recent release on Don’t DJ’s DISK). No surprise then that a sense of anticipation arose when the Parisian artist announced his upcoming release on Whities, the creature born from a Young Turk’s branch, which under Nic Tasker’s direction is shaping the future of dance music that has rarely failed.

‘Whities 021’ in its effervescent minimalism and steadiness is more meditative and regular compared to some of Bambounou’s quirkier, flashier and club-ready works, a kind of surprising and counterintuitive move considered that Whities is certainly not a label afraid of pushing the boundaries of experimentation. Still ‘Whities 021′ is a far cry from being anything repetitive or boring, with a cascade of details and subtle variations making it a colourful and endearing work.

‘Tour’ leans on few elements and a repeated percussion to build a hypnotic groove clashing with an increasing, distorted, post-punk-derived noise sound which adds energy and brutality to the track. ‘Temple’ slowly evolves with ambient leads and shimmering bells generating a transcendental momentum perfect for those moments when, as the label says, everyone on the dance floor is head down connected by the same collective consciousness rather than by physical interaction. Percussions and drums proceed in a swing of ups and downs, with leads sounding both ethereal and sinister, trying to dissociate the listener from their factuality.

‘Seize-Sept’ contains elements from Guindo’s previous releases on 50Weapons. As with the precedent tracks, ‘Seize-Sept’ relies on creating a prolonged and regular groove, with subtle shifts providing a sufficient amount of variety to keep the track interesting throughout the six minutes length while a female vocal, probably indicating binaries from a train station speaker, mesmerisingly repeats ‘Sixteen-Seven’.

The EP, either composition-wise or mood-wise, wouldn’t sound out of place paired with Objekt’s acclaimed sound design masterpiece ‘Cocoon Crush’, and, relevant fact, it was composed a two years before as a collection of tracks Bambounou assembled for his set at Freerotation 2017.

Discover more about Bambounou and Whities on Inverted Audio.