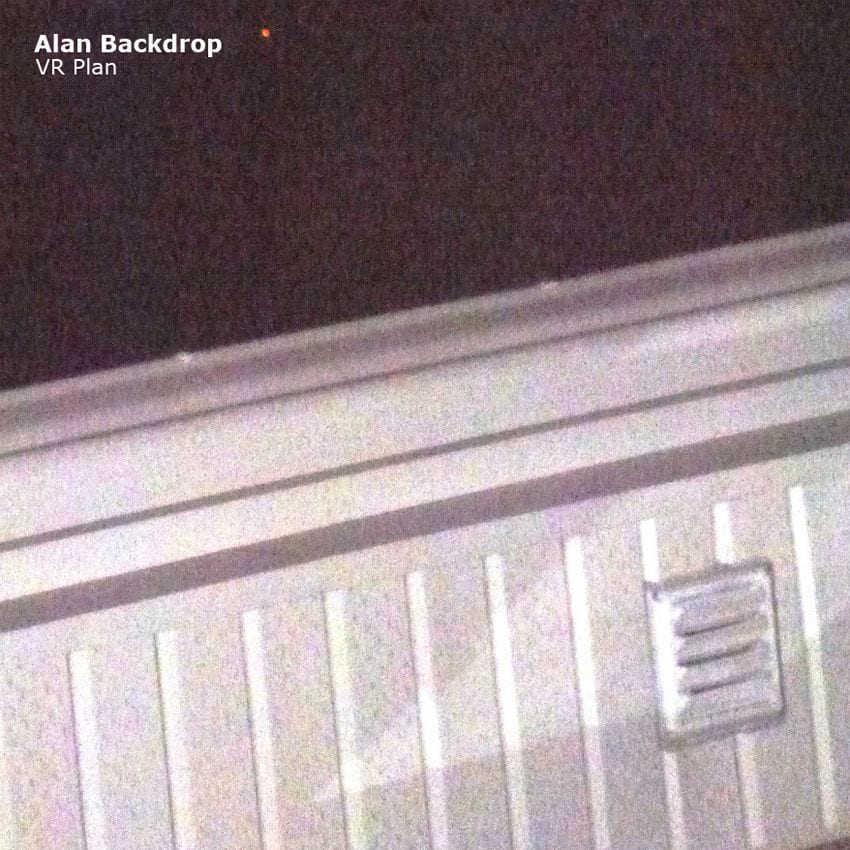 Looking into Prologue’s ever-growing catalogue one can see that the label has started to think big. After more than 25 excellent 12”s, they’ve engaged in releasing quality albums as well. The result of this new direction is a lot of memorable records. Voices From The Lake laid down a new milestone in the history of ambient techno, Claudio PRC and Dino Sabatini ventured further into the genre’s darker realms, and lately Mike Parker surprised us with a 3LP collection of captivating DJ tools.

Northern Italy’s newcomer, Alan Backdrop opens the next chapter of this success story with his debut album VR Plan. Sadly, thus far this is a digital only release, which might can be explained by its concept and themes, however it easily deserves the wax treatment, because the young artist doesn’t disappoint after his older and more experienced colleagues.

The title track starts the album, which is 7 minutes of dim, thick tension experienced slowly in artificial nature. Percussive electronics amplifies through every moment, while a wallpaper made of buzzing drones are quivering the grey background. One might think this is one of Vatican Shadow’s modern war-themed lo-fi piece rendered with high-detailed textures in a simulated or digitalized environment.

In the next 55 minutes Backdrop only leaves this zone of contemporary electronica for two occasions, both times executing his ideas in the context of atmospheric techno. First in Cherber, where he carefully synchronizes a cold ambient beam with a rhythmically throbbing, unperceivably hypnotising contraption, and then in the bass heavy Medel at the near end, in which he gives a better opportunity to witness the communication between machines by reducing the innumerable activities of sounds for a processable, transparent case.

The rest of the record successively unfolds Backdrop’s concept of electronic music in a virtual world by getting deeper and exploring the ideas of the opening track at large. IDM-inspired beat structures alterated for downtempo speed vary; some of them has a modern feel (e.g. the one in Honok might resembles the zeitgeist of labels like Blackest Ever Black a bit), while listening to others, a classic touch can be heard.

Siere and Ere are definitely the highlights here: Backdrop perfectly melts together the ethereal and tangible spheres, gifting the motionless surface with a sense of movement. Maybe this is what the whole record is about: wandering through virtually created areas, and discovering their tiny, hidden spectacles. The seven tracks are like stations of this course: the first is the observation of this domain from a distance and seeing everything simultaneously, and then one can carefully study them separately.

VR Plan is like homecoming. It is hard to imagine a better place for this album to be released on other than Prologue: Backdrop’s ideas are not just well-executed, his sound is an ideal extension or continuation of the label’s vision. While some artists are pushing the boundaries of beat-driven music, Backdrop emphasises the textures, the canvas of this new line of techno.