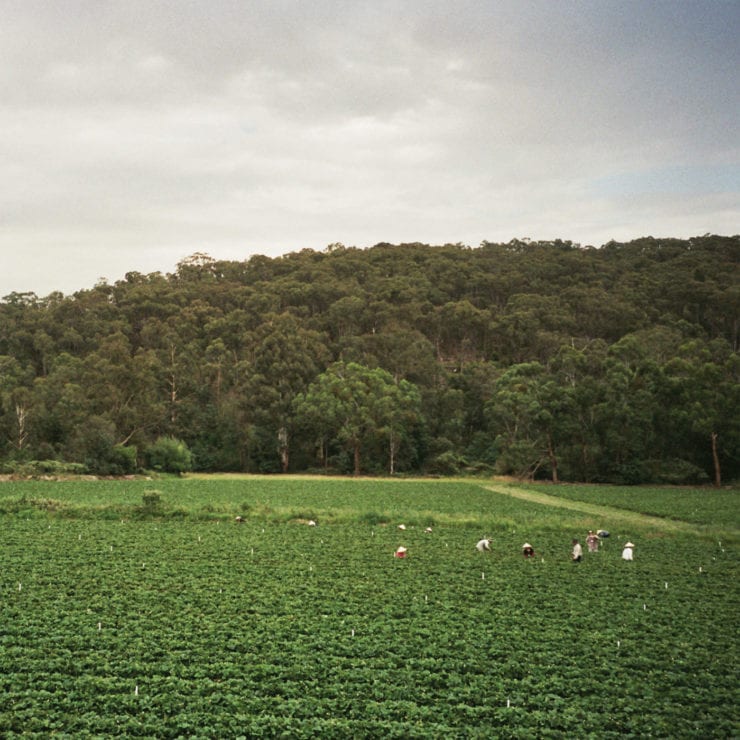 While the pairing of Alex Albrecht and Sean La’Brooy have been steadily releasing since 2014 on Melbourne based imprint Analogue Attic, it has been in the last 18 months that the pairing have really bloomed onto the scene. Certainly bloomed, rather than burst, since the trail of Albrecht La’Brooy releases to date have been that of satisfying slow burners. Pick any one of them and, as you listen, you feel a sense of enriching fullness as you start to absorb it. Now, their return to Apollo Records is not only one of their finest releases to date, it is a sit up and take notice moment.

‘Healesville‘ is a change of tack for the pair, recorded in a unique setting in a mud-brick hut on a strawberry crop in the Melbourne countryside. Where their past releases would mix up undulating downtempo and heat treated deep house vibes, ‘Healesville‘ is a complete surrender to their textural ambient tendencies. Improvised on a limited setup – including two pianos, a Waldorf, a Nord and microphones for field recordings – and embellished with contributions from guitarists Carla Oliver and Oliver Patterson and percussionist Joseph Batrouney, it is organic and pure in nature.

First of all a bold claim needs to be made – in terms of mood, you can draw a parallel to The KLF’s seminal ‘Chill Out‘. Both albums have a fourth wall breaking effect. When listened to on speakers, it is as if the walls have collapsed and outside has been invited in. While on headphones, your sonic awareness stretches out from beyond the space at the bridge of your nose, extending into the world around.

Then there is the theme – both have a sense of movement, of a journey taking place. ‘Chill Out‘ sets out its concept explicitly, based around a hypothetical journey by train from Texas to Louisiana. Fourteen tracks, spanning 45 minutes, blend into one long piece, shifting and changing as the train rattles between landscapes. In contrast, the pace of ‘Healesville‘ is much more sedate. While its runtime mirrors ‘Chill Out‘, it comprises five tracks and its progressions are much more contextual.

It feels more like a lazy drift down a river in a boat, where the changes in biome are gradual. A chorus of birds may be retained between tracks, yet a brightening of a piano refrain signifies change. Casually, a guitar lick may drop in and you notice that the once omnipresent avian tweet has been replaced by the rush of wind through leaves.

‘Healesville‘ is pitched as an album to soothe the soul in troubled times and it undoubtedly meets its ambitions. It is the pause button for modern life, an essential piece of augmented reality that rubs at the fraying caused by every day anxiety. While it is sad that we, as a society, look for patches and fixes like these in order to simply get through the day. Knowing that such a crutch exists is a source of comfort to hold on to when we are offered so few.

‘Healesville’ LP is out now via Apollo Records. Order a copy from Bandcamp.