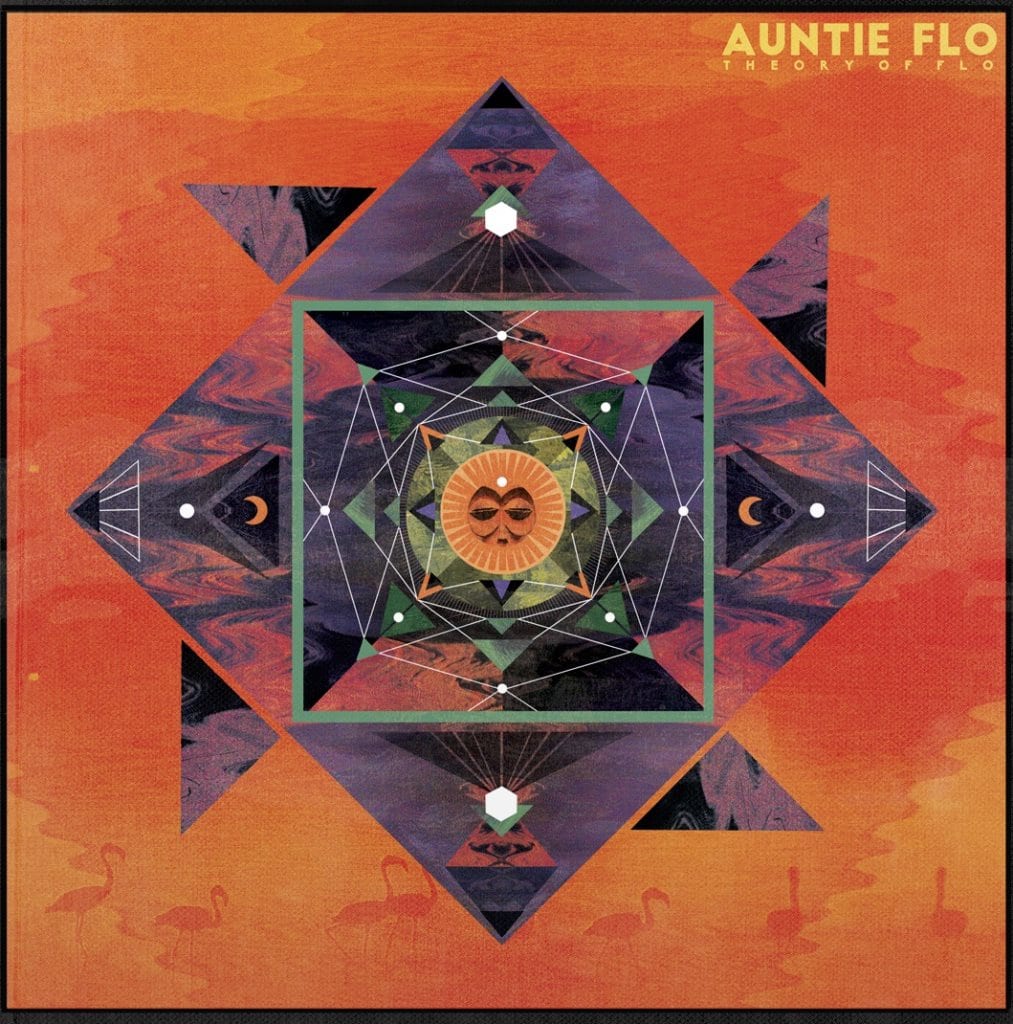 World music has always had a presence: it might not have always been seen as relevant to the trendy British music scene, but amongst the underbelly of electronic and club music a flourishing collective of artists have found inspiration in the music of foreign lands.

Auntie Flo’s latest album for Huntleys & Palmers is an example of an innovative crossover, and it redefines the landscape, relationship and cultural expectations between genres old and new.

In 2014, Auntie Flo was offered the Momentum Music Fund Prize by the PRS Foundation. Now one year later the outcome of his reward can be observed in music recorded over a two year period from Havana, Glasgow and London: these tracks make up the “Theory of Flo”.

The record begins slowly, the echoed vocals of Ghanaian vocalist Anubley are striking amongst plucked elements of percussion. Live drums provide the consistency and drive the track needs whilst beautifully orchestrated strings glimmer. An enticing opening arrangement to what we can hopefully expect to follow.

A distorted soundscape titled “Cape Malay Prayer” comes next. Whoops and squawks rise and fall between the stabs of a repeated synth. It cuts abruptly before we are met with what has become the promotion staple of the album, “So In Love”.

Vocalist, Shingai sings softly over tuned percussion, she repeats the phrase “I hear music” over and over. It’s haunting yet inviting, euphoric yet sad. It is arguably one of the most club ready pieces on the release, but not in the stereotypical loud, drum based sense you might expect of a tribal dance song. Melody and arrangement are the real driving force behind the track as layers of strings and synths expand upon one another to a whirlwind finish.

Auntie Flo’s music is hard to place, it has been championed by the likes of Giles Peterson, Actress and Nicolas Jaar but there are elements within this body of work that might well see him open a door to another audience of artists and listeners.

“Dreamer” is stunningly simple. A female vocalist sings above claves and a piano. It’s followed by a collection of slightly more electronically inspired works, exotic synths become prominent alongside beats which we have come to associate with UK club music. “Dance Ritual” demonstrates the London influence on the production process.

A brief tribal breakdown sees the beginning of the end to the “Theory of Flo”. Chanted vocals guide us forward into the concluding chapter.

“Mandla In Space” is slow moving. Live drums clatter repetitively above a deep rumbling low end and speech cuts in and out. This one is for the early doors or the very late nights, for the lost dancer who has little focus for much else but the one two step. It’s intriguing and soulful, robust and strong.

The album closes with an eerie design. Harsh strings hum and buzz throughout, a sampled gentleman’s vocal crackles between drums and a distorted synth. Much of the album has been upbeat, Auntie Flo’s closure is interesting an unexpected, reminiscent of the complex jazz of the likes of the Hidden Orchestra or Archie Pelago, it leaves the listener melancholic and reflective.

The interactivity between worldwide music scenes and homegrown talent is one of the most culturally exciting developments to happen to club culture in the UK. This is an album which is representative of that, a prosperously based groundwork of music which will pave the way to come for artists in future years.

Theory Of Flo is released on 6th November 2015, order a double vinyl copy of the album from Kompakt.