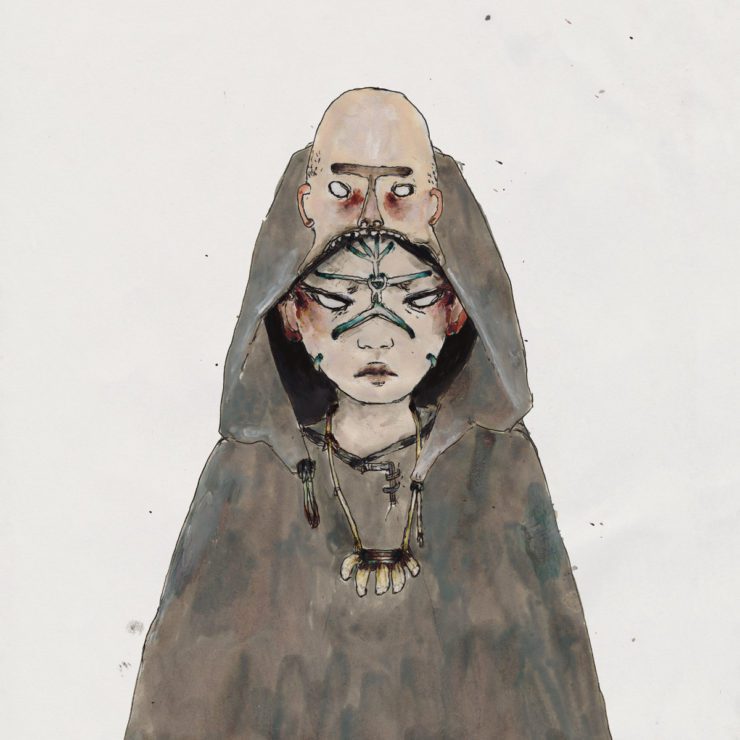 As I write, in approximately three hours it is due to snow in my little village on the outskirts of Manchester. Unexpectedly, the freshly released Burial EP is providing the soundtrack for this chilly day in the minus numbers. ‘Antidawn‘ is a Christmas EP in the same way that Die Hard is a Christmas film. Its proximity to the season is more coincidence, however its emotional attachment is symbiotic.

Five tracks drift across 45 minutes in the same fashion as The KLF’s seminal ‘Chill Out‘ – motifs fade in and out at will, with the switch between tracks being mere signposts alongside a grander journey from rocky coast through snow capped hills. Just to give added clarity – this wide pupiled perspective comes from someone who has never really been part of the Burial hype cycle to date, more a distant curiosity from the leveraging of Metal Gear Solid 2 samples and appearing to great dystopian effect on an Adam Curtis documentary.

However, this did change back in 2020, as the unexpected partnership with Charles Webster on his ‘Decision Time‘ album proved to be one of the highlights of the year. If you managed to swing his ‘The Spell‘ remix or its ambient companion ‘The Second Spell‘, then you already have an indication of what you can experience on ‘Antidawn‘.

It is crystalline, ambient beauty, only featuring the vaguest hint of percussion. The heavy layers of vinyl crackle lending an increased sense of fragility, as if you were holding an ice sculpture of snowflake in your hands and the merest pressure might cause it to shatter. Yet there is a beautiful optimism about ‘Antidawn‘, rather than storm cloud mood you may be anticipating.

It is the big organ and choral chords that punch through the tracks like a break in the clouds. Reverential in the same way that the AllPossibleWorlds alias DJ Healer is, it is an unbiased and uncomplicated love that fills your chest, the trademark froggy throated vocals echoing around a cathedral.

January is generally regarded as the most dismal month of the year – a period of light and excess replaced with elongated darkness, self-imposed fasting and detoxification, and the longest stretch to the payday finish line. ‘Antidawn‘ is hibernation incarnate, perfect to climb inside of and mentally pause until your alarm no longer rings on a pitch black morning.

‘Antidawn’ is out now via Hyperdub. Order a copy from Bandcamp.