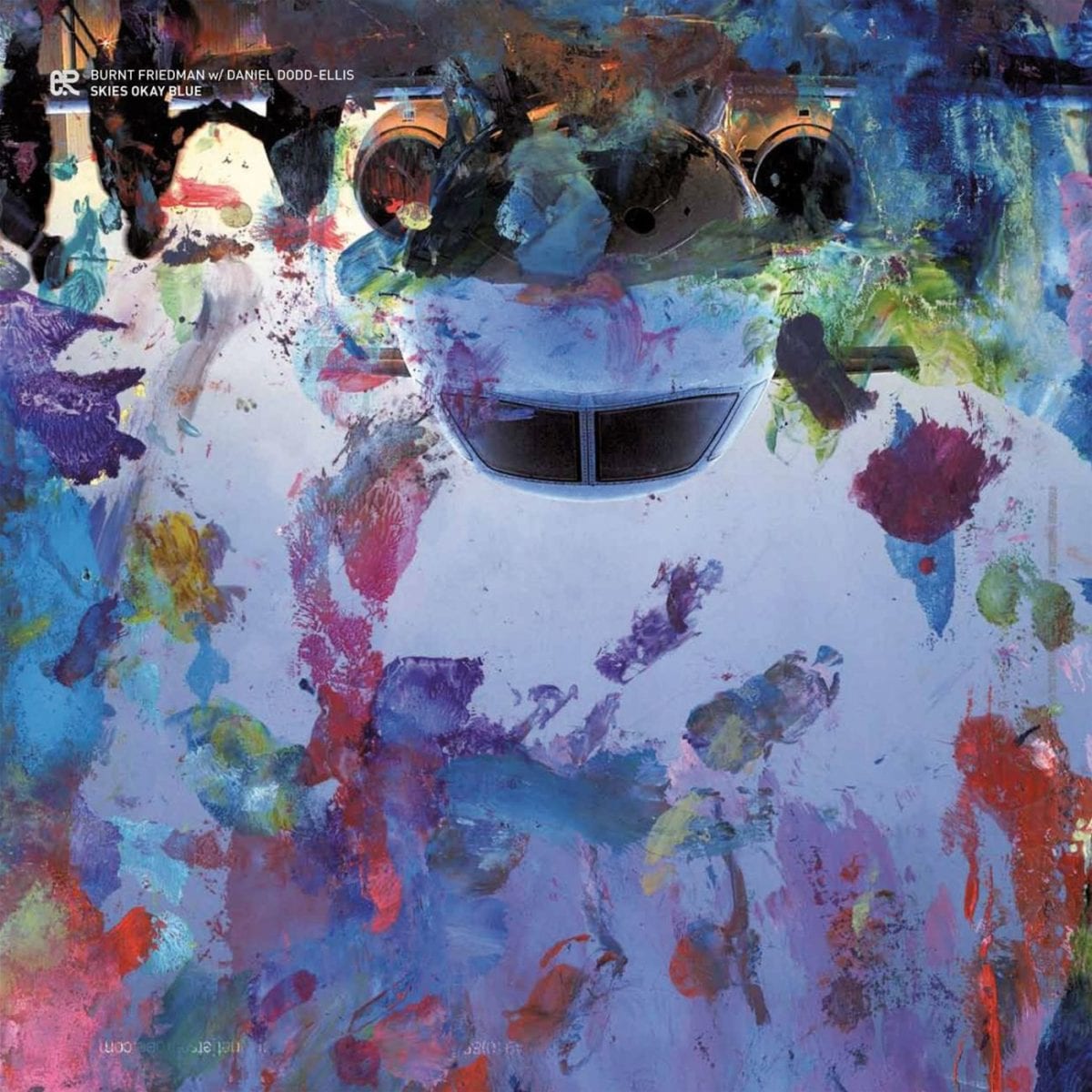 Bernd Friedmann has always produced his best work when working alongside others. From the dusky jazztronica records he put out with Uwe Schmidt under the name of Flanger in the late ‘90s  to the recent series of ‘Secret Rhythms’ albums he has made with Can drummer Jaki Liebezeit, Friedmann’s ear for polyrhythms has long leant itself to dynamic results when it comes to collaboration.

Back recording under his Burnt Friedman alias, the German musician has spent 2014 in the studio working with the Texas-born, Berlin-based musician and actor Daniel Dodd-Ellis (last seen working together on Friedmann’s 2007 solo record, First Night Forever).  Ahead of an album’s worth of material from the duo, set to touch down in October comes a 12” taster of what they’ve been up to.

Opener ‘Skies Okay Blue’ situates the listener within Friedmann’s recognisable aesthetic, with its gurgling bass chords and soft kicks accompanying doleful whirrs and blips. Dodd-Ellis’ contribution is sparse yet well-judged. Cadent spoken-word fragments float above the percussion, with the surreal and philosophical lyrical refrains providing a natural centrepiece to the arrangement. The track presents a particularly fine example of Friedmann’s strengths and idiosyncrasies as a crossover artist: whilst experimental jazz is often associated with off-the-cuff improvisation, the impeccable sound design to ‘Skies Okay Blue’ belies a precision that suggests careful planning and long hours of practice.

B-Side ‘Cycles’ offers similar precision in its strutting weave of basslines and playful synths, over which Dodd-Ellis’ lyrics – just as sparse as before – evolve from spoken-word to haunting incantation. Again, the juxtaposition of Dodd-Ellis’ minimalist vocal contributions and Friedmann’s polyrhythmic arrangement gel perfectly, resulting in a track that is complex yet accessible, inviting even.

The two-minute long finale ‘Silberne Libelle‘, which translates rather beautifully as Silver Dragonfly, is the only disappointment here, its short length presenting it as something of an afterthought. Ambient synths cascade above gentle yet jaunty percussion, but at the moment you think the track is going to move into its mid-section it instead fades to silence. Closer to a sketched out idea, than the finished article, it’s difficult not to feel just a little bit short changed.

Final track aside, Skies Okay Blue is not only a satisfying 12” in itself but suggests that the forthcoming album from the pair is going to be another weighty chapter in the prolific German artist’s career. And whilst none of the tracks here have the vitality of Friedmann’s career-defining work, such as, for instance, ‘Secret Rhythms 5’ – which was amongst the best leftfield albums of 2013 – nonetheless, Skies Okay Blue presents itself as another moment of genuine innovation from the long-standing musician.