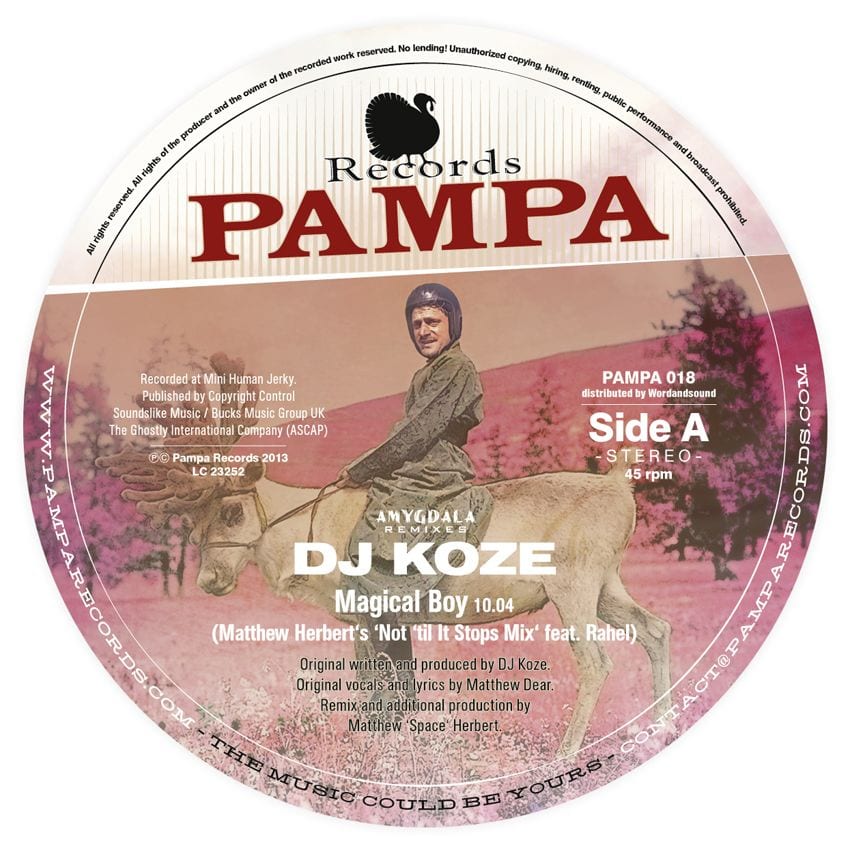 On the A-side, Herbert reconstructs the melodic, instrument-heavy house roller as an even more romantic, almost schmaltzy epic, doing away with most of Matthew Dear’s space-age vocal interludes in favour of an audaciously radio-friendly crooning female lead courtesy of Rahel. While the vocal complements the original’s dulcet sound palette and carries it even further into a more broadly appealing home-listening territory, the track seems to be caught on the fence between the two models of tune and song: with such a resolute emphasis on the vocals, the lyrics wear ever so thin and tired eight minutes in. The radio cut is preferable for this reason; a concise execution of a great remix concept that respectfully handles its source material while performing a function that the original didn’t. The rhythmic similarity to Koze’s version does it no favours either, and without any lasting deviations the track really starts to labour.

On the flip, Efdemin ushers the listener in through the infinitely long, dark tunnels of a dusty Berlin bunker club into familiar deep techno terrain. Persistent hypnotism is the name of the game, with analogue beeps and glitches winding around and clinging to the coat tails of the track’s groovy bassline and incessant hi-hats. If pressed to criticise, one could be forgiven for saying that it doesn’t do an awful lot to reinvent the techno genre – but what it does, it does to awe-inspiring effect. The track both supplements and stands apart from the original, but most importantly it will stand up to numerous re-visits and fit nicely into many a mix with its remarkably dynamic resonance. Fully recommended.