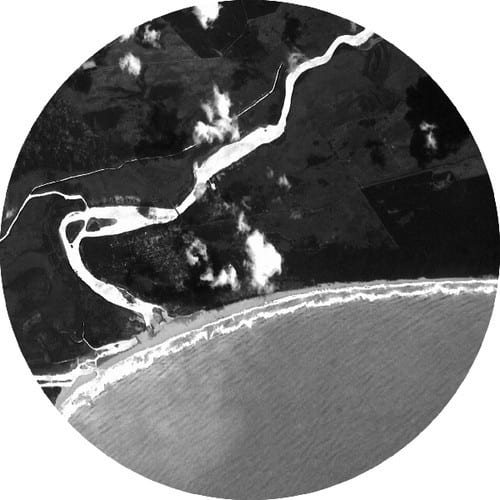 M_REC LTD’s Grey Series is shaping nicely so far: recently featuring Asma (label boss Max_M’s collaboration with Ascion, remixed by Silent Servant) and Stanislav Tolkachev, the offshoot is bravely broadening the labels widely recognized and respected deep techno sound. The latest installment in the series is a four-tracker titled Aber by Donor/Truss, which is the first joint effort from the pair after almost two years of silence (though they both have become quite acclaimed on their own since then: Donor wrote some really good music for Prosthetic Pressings, Semantica and Stroboscopic Artefacts, while Truss caused some serious damage under his MPIA3 moniker).

If you want to approach this record in an unorthodox way, just fast forward to 5:20 in the first track, Spacial. It certainly sounds like a dancefloor bomb: not exactly techno, neither house; somewhere in between with an uptempo beat, that cages sounds you would definitely want to move your body on. Now go back to the start, and listen to the first five minutes. It is a totally different track. Murky tones are set, and it just gets heavier and monotonous as time goes by. The unexpected twist at the near end is a risky, yet brilliant move. We’ve missed you, guys.

One might forecast the same scenario in the continuation, but Beneath is a different kind of monster. Slowly fizzing dub layers expands in the ambient stratosphere, while the rhythm is inspired by early works maybe from the likes of 2562 or Moritz Von Oswald Trio. The rest of the release is blueprint techno: Ease follows the path of minimalism in terms by using only a few samples over more than six minutes, and there is not so much change in the narrative really. Aber, the title track, is banging and echoing all the way down, and containing some pretty nice resonances, which creates the impression that these sounds are coming from huge blocks of concrete.

Donor/Truss does a nice return, but in the long run this EP has more importance as part of Grey Series than in the pair’s shared discography. While M_REC LTD has made its trademark sound, and justly enlarges its catalogue, the Grey Series shows in an outstanding way that the label is still in the power of evolution.