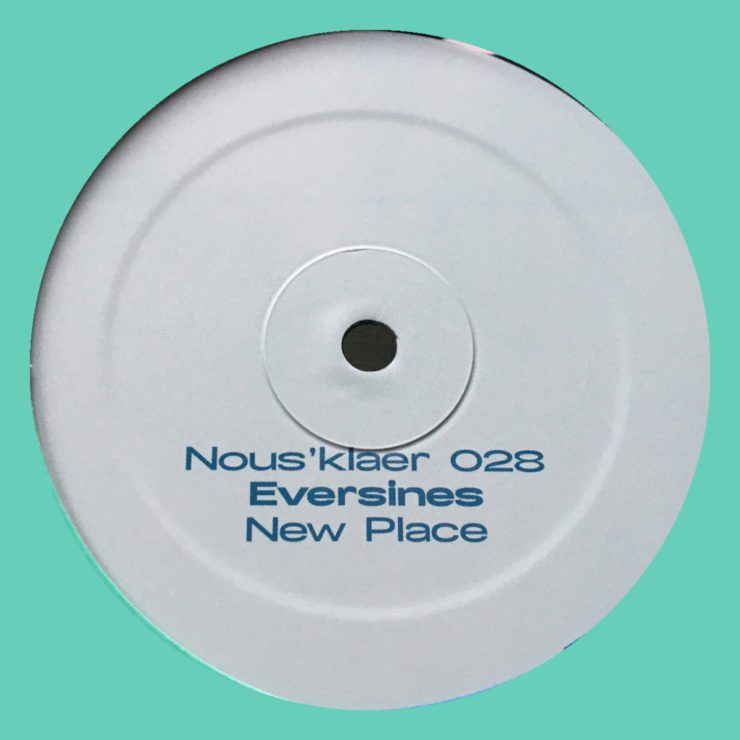 Observing evolving trends over the course of the months and years, few things are better than the alignment of artist and label in top form. When it happens, no less than a cosmic alignment of planets accompanied by a choral “hallelujah” is appropriate. This particular moment starts with a label that has been on a smouldering run.

Nous’klaer delivered what was possibly one of last year’s low-key, big hits in the form of the delightfully intimate techno of ‘Rift’ by Martinou. Since that point they’ve happily pivoted from downright groovy dance floor material – Mata Disk’s angular ‘Surrounder’ and Konduku’s double header ‘Gelgit’ in particular – into the moody pop of Mathilde Nobel and organic ribbons of texture found on Ranie Ribeiro ‘Het Jaar Rond’. Erring towards the former in terms of intent, there was also the top drawer ‘Companionship’ from Eversines, aka Remco Hazewinkel.

Since ‘Companionship‘, Hazewinkel has delivered some excellent releases such as ‘Solvation’ on the De Lichting imprint and ‘Achterna’, the latter of which also featured hot property Eris Drew on remix duties. Fittingly, the stellar bodies of both Nous’klaer and Eversines cross paths once again with ‘New Place’.

There is a triumphant sense of occasion to this return, with the title track teasing out a building – but beatless – intro over two minutes, before allowing the kicks to tether the foamy and dreamy synths. Mix opener, grand finale, mid-set tension breaker, take your pick as it works everywhere. Stage set we head into ‘Whirlpool’, which goes for the polyrhythmic cosmic bleep techno route, pitched lower in intensity than – say – the adrenaline edged works of Planetary Assault Systems into something more warm and dizzying.

Mid-nineties prog then gets a roll out on ‘Nymber’ and while it is incredibly vogue at the moment, there is plenty to go wrong here if you don’t approach it with a degree of authenticity. This is something that Hazelwinkel has buttoned down, which should come as no surprise as it was the main reason ‘Companionship’ was so immediate and gratifying.

Undulating waves of synths, acidic crests, twinkling arpeggios, an urging bassline – everything here works in harmony. Plus, talking of renascent movements, ‘New Place’ finishes off with the tumbling tech-house of ‘Gliding’, something that could easily have found its home at The End or peak early days at fabric. A fine way to underscore another solid foot forwards as both Eversines and Nous’klaer consolidate their upwards arc.

‘New Place’ is out now via Nous’klaer Audio. Order a copy from Bandcamp.