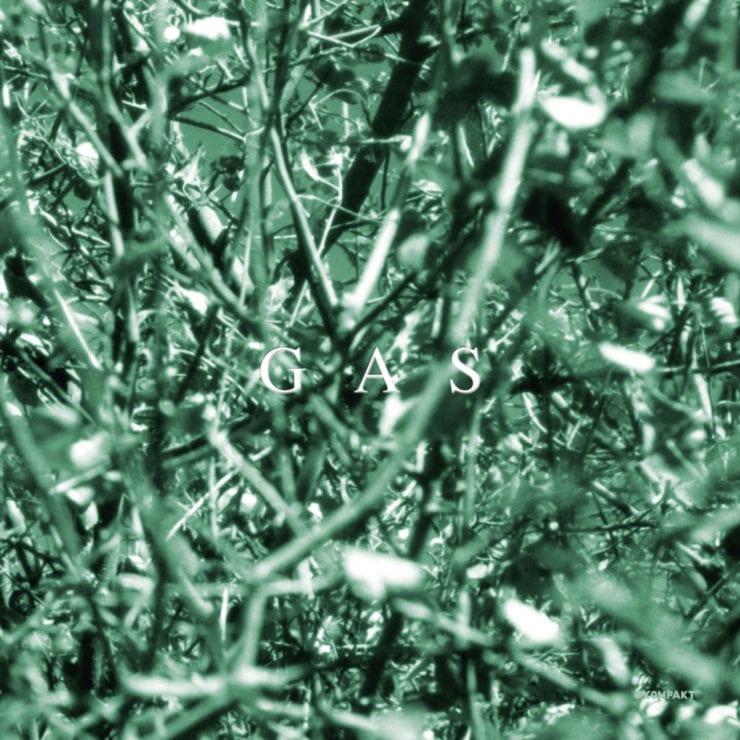 Wolfgang Voigt’s output as GAS has had an indisputable influence, reshaping the borders of ambient and dub. Released between 1996-2000, Voigt’s four albums on Mille Plateaux carved an etch in electronic music as effortlessly as it cast listeners into thickly fogged pseudo-reality.

Originally released in 1999, ‘Oktember‘ now sees a timely reissue through Kompakt, with the rolling 15-minute B side accompanying the CD version’s ‘TAL-90′ on vinyl for the first time (instead of the original A side). Both tracks beat with a glowing pulse that extends the plane of listening into a space beyond that achieved by many others.

‘Oktember‘’s earthly thuds sit solemnly beside a distorted string orchestra, in a ghostly forest symphony; ‘TAL-90’ is warmer, glacial guitar loops brushing wistfully against each-other in ethereal liminality. Voigt’s perception for organicism within his machines conveys a ghostly sense of ‘mono no aware’, or appreciation of fleeting beauty, that offers a warm and welcome return each and every time.

‘Oktember’ mini LP is out now. Order a copy from Kompakt.