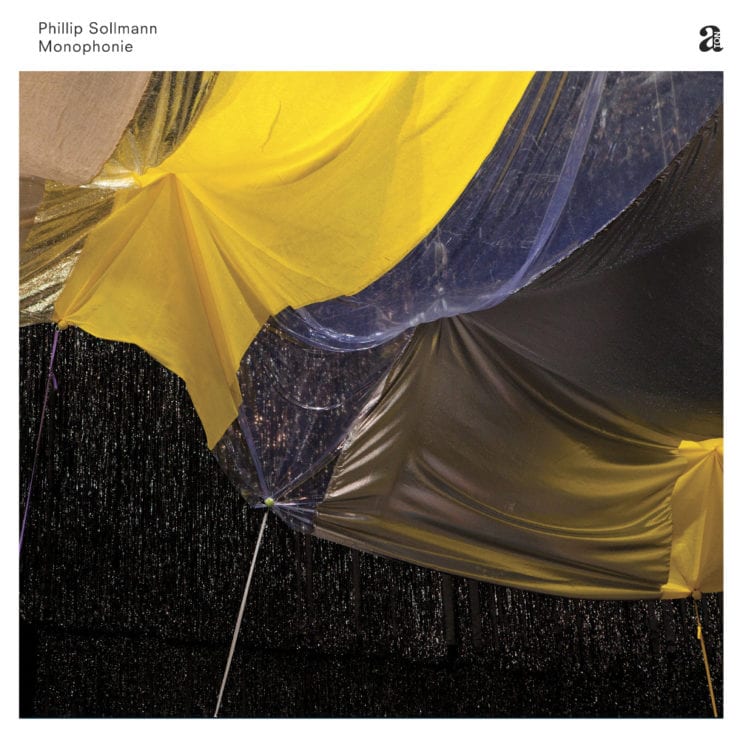 Hermann von Helmholtz wrote in his 1863 paper On the Sensations of Tone: “The horizons of physics, philosophy and the art have of late been too widely separated”. This essay stands as one of the foundational works on acoustics, responsible for bridging the gap between natural science and music theory. The German physicist investigated how sound vibrations make the listener feel, forming an alternative manifesto on harmony and tone that has pioneered the way for an experiential possibility for music.

The impetus of these findings resonated in the succeeding decades, where instrument-builder Harry Partch adopted this philosophy. The result: a spawning of melodic percussion instruments and custom-built organs that would allow for the practice and recording of von Helmholtz’ theory.

Over a century later, Phillip Sollmann, widely known as Efdemin, shares his Monophonie project, which aims to synergise von Helmholtz’ and Partch’s contributions to music. Sollmann adapts their work to the modern contexts of ambient techno, krautrock and polyrhythms in order to offer a set of expansive compositions that successfully stretch our understanding of the physical potentiality of acoustic music.

‘Monophonie‘ is as much an album as it is a recorded experiment: Sollmann is seeking to spotlight the minutiae present in contemporary classical music that is more commonly observed in progressive or minimal techno. It is an attempt to blur the boundaries between the capabilities of mechanical and digital compositions, paralleling the aesthetics of club and classical.

Opener ‘Chance‘ is an immediate mood-setter: a series of pulsating gong strikes ignites a series of ambient drone swells and chime tickles that mirror the start of a religious ritual or Ayahuasca ceremony. Sollmann, at the wheel of this 19th-century vehicle, has our aural palettes cleansed. The cogs begin to tick in ‘Rara‘, an other-worldly cut of razor-sharp sitar strums and guiro rattles guided by a sleepy timpani techno pulse. At this early stage, the composer already enters un-walked territory, conjuring an amalgamation of sounds that no doubt stunned those who saw the live premiere of Monophonie at Berlin’s Volksbühne in 2017.

As the record progresses, there is an underlying yearning for up-tempo development, which is satisfied with ‘Micro‘ and ‘Halftime‘. These two tracks roll at a quick canter, courtesy of the microtonal trickles and scurries of xylophones and unusual wooden percussion artefacts. Any Brazilian Revolutionist listeners may well hear echoes of the groundbreaking 1981 album ‘Memória das Águas‘ from Fernando Falcão, who, akin to Harry Partch, also experimented with his own field instruments to produce a sound with a similar enchanting direction.

If anything was to uncover the modern mind behind Monophonie, it is ‘Plain‘. This 5-minute recording is as close as the record gets to club music, with a galloping entourage of tuned and atmospheric percussion that is seasoned with eery screeches and robotic groans that could easily find home in an after-hours venue, if not for the lack of kick-drum. This omission from Sollmann is an expert’s gloat to those who champion the stereotyping of genres: for him, dance music does not need a pulsating beat to be dance music.

‘Monophonie‘ is a generational triumph for music – a pioneering hypothesis album that achieves all of its goals and more. Phillip Sollmann has presented a case study of how approaches to the construction of music from different societal eras can collate to expand the sounds we know of in the status quo. On the surface, this album seems like a step away from the pandemonium of Sollmann’s Berghain residency — but a closer look reveals that it is not too far away at all.

‘Monophonie’ is scheduled for release on vinyl and digital formats 15 May. Order a copy from Ostgut Ton.