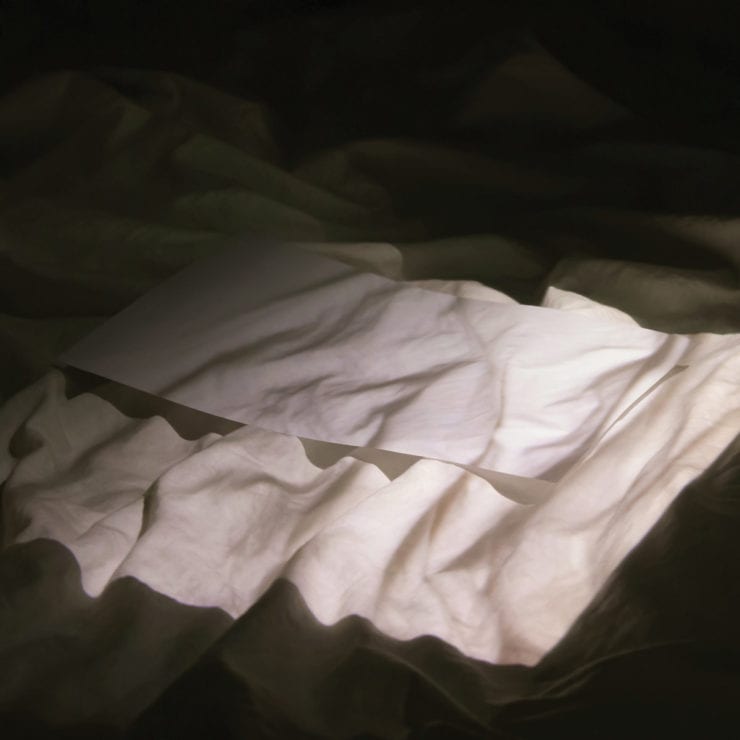 It’s surprising, given how quickly ‘witch house’ was relegated to the past as a micro-genre, just how many of its artists have endured. First Balam Acab, then oOoOO, and now Holy Other; trendsetting label Tri-Angle’s chosen few, have consecutively proven that their music has legs and can endure whatever labels the public chooses to throw at them. With his hotly anticipated debut LP, Held, mysterious Manchester-based producer Holy Other offers a compelling and tasteful successor to his justly lauded debut EP, With U.

Fans of Holy Other’s previous output will be pleased to see that all the staples of his established sound make an appearance here. The young producer has an uncommon skill for fusing broken fragments of RnB, Pop and Bass music into a ghostly concoction that intoxicates by its subtle textures and, deep beneath the chopped vocals and ambient washes, a beating, broken heart. This is not the re-processing of past genres to aim at not-quite dance material a la Burial or his devotees; these tracks are aimed solely at giving the listener a personal experience and response, and they do so magnificently.

Opener (W)here lays on the textures thick; blustering static gives way to a two-tone vocal cry, treated into a flattened motif that almost loses its humanity over synth bleeps and a deep bass throb. The music on show here is deeply grounded in atmosphere and the emotions associated with the ambiance; introspection, insecurity and sadness weigh heavily upon these misty layers of sound. Elsewhere there is a twinning of sensuality and fear that comes across in the breathy moans and twitching percussion of tracks like Impouring, eliciting some of the album’s more dramatic and memorable moments.

An emotive double-punch in the centre of the album ranks among Held’s greatest moments; with the taut clicks of U Now accompanying the repeated vocal echoes uneasily, creating a nervous tension that gives way to phasing ambient synthwork. The tune leads naturally into the soft, slow tones of In Difference, where growling swathes of bass cloaks some of the most nakedly plaintive vocals on offer here alongside keening melodic touches that emote powerfully.

One downside of the release is that texturally the tracks tread very similar ground; the genetic make-up consisting of bass, slow-mo beats, a deep ambient hum and haunting vocals is never subject to much change, meaning some of the less individual tracks such as twin tunes Tense Past and Past Tension that bookend the album’s midsection are likely to go unnoticed despite some good vocal work, while the crumbling soundscapes of Love Some1 appear less impressive in the context of an album that seems to do the same thing a lot.

One could argue that this criticism is tempered by the album’s brief runtime, clocking in at a very short 35 minutes, therefore allowing the listener to really delve into the depths of these tracks. All the same, any listeners hunting for something different in Holy Other’s sound or a real sense of musical variation is likely to go away disappointed.

Yet for those who love this rather unique sound, it will be hard not to accept Held as a perfect successor. Granted, it doesn’t really change the formula, but there is a great deal of promise. The immersive journey of title track Held is the one of the most impressive musical sequences on here; switching from dusky atmospherics and restrained beats to brighter synthwork and a brilliant piano sample towards its close that feels conclusive despite its sadness, offering a powerful emotional punch that brings out the quiet desperation in the vocal cry which takes the form of a simple but potent request; ‘hold me’.

In Held, gone are the sexy undertones of last year’s With U EP, and presented in its place is the emotionally shattered core laid bare through gauzy, pulsing soundscapes and raw, unintelligible vocal pleas. Whether you can make out the words or not, this is moving stuff, introspective and haunting; and these tracks are likely to stay with you in the quiet hours long after the album runs its brief course.