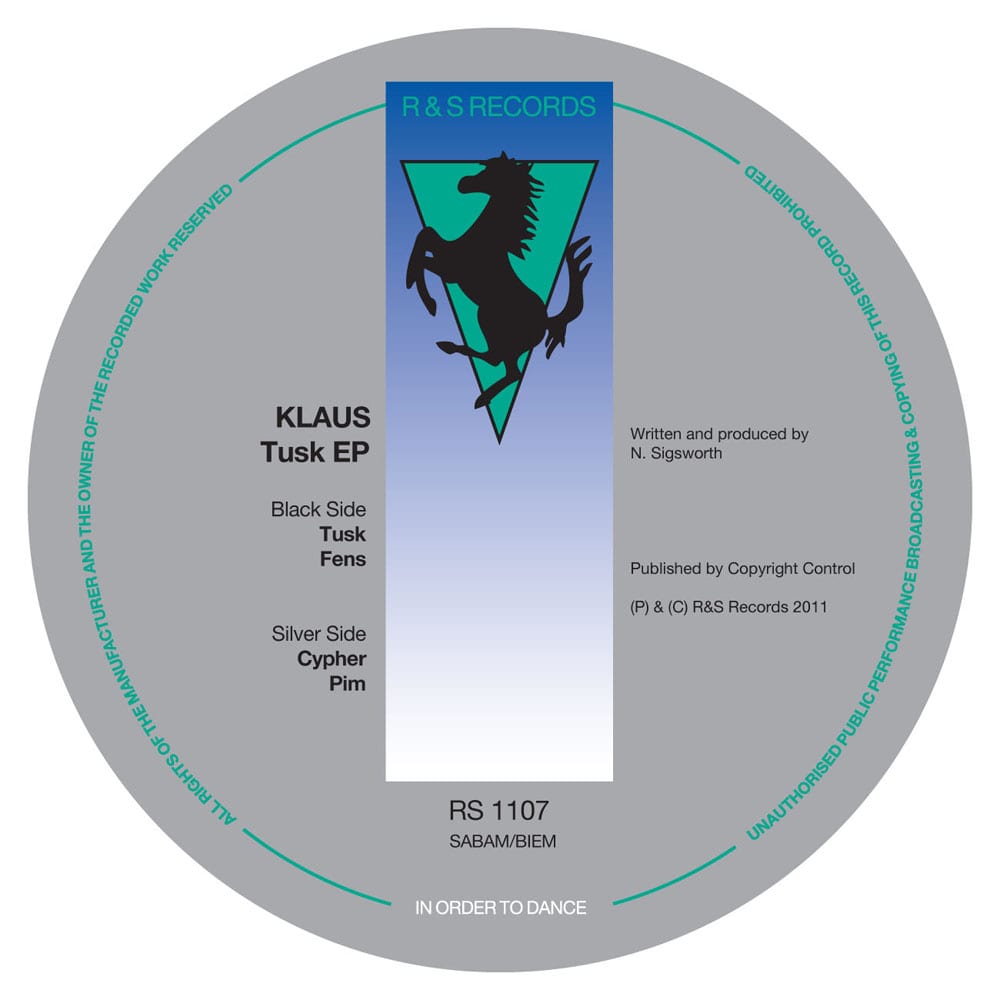 Klaus, a.k.a Nick Sigsworth, has been quietly building a reputation for rich, deep and insightful electronic music over the past couple of years. With textures that move from swelling ambient nostalgia to lo-fi glitches and back again, his sound captures the salient melange of forward-thinking experimentation with a palpably affecting tug.

The south London producer’s burgeoning reputation was recognised last year when his track ‘Tusk’ was included on Mount Kimbie’s podcast for XLR8R and their respect for him has since been further documented by his remix of their track ‘Adriatic’ which made up a part of their 6-track Carbonated EP that came out last month. On the back of this success and recognition, Klaus was invited to release his Tusk EP via R&S Records, who once again showed their uncanny ability in recognising an original talent when they hear it.

The EP itself meets the promise that was laid out on Carbonated. It persistently toys with negative space almost at will; each track is laden with intrusive hisses, skittery reverb and brooding synths that combine effectively in creating a sparse and cavernous atmosphere with cold tension that would not look out of place as a soundtrack to a John Carpenter horror movie.  To fully engage with and feel the effect of the metallic sheen of the abstract beats and shuddering basslines, Tusk demands to be listened on headphones. It is only then that you can fully enter and experience the nightmarish journey that Klaus is attempting to lead us on.

Tusk’s gently organic and hypnotic structure means that it is not perhaps as challenging a listen as other experimental electronic albums that you are likely to hear this year, but it is beguiling enough to maintain your attention nevertheless. However, in true Carpenter style, there is a peculiar sense of being left cold at the end of the four tracks; that it is rather limp and restless, frustratingly anxious rather than enticing. Still, the ambition and quality cannot be faulted, and for that, Klaus’ Tusk EP is at least worthy of a spin.

Discover more about Klaus and R&S Records on Inverted Audio.