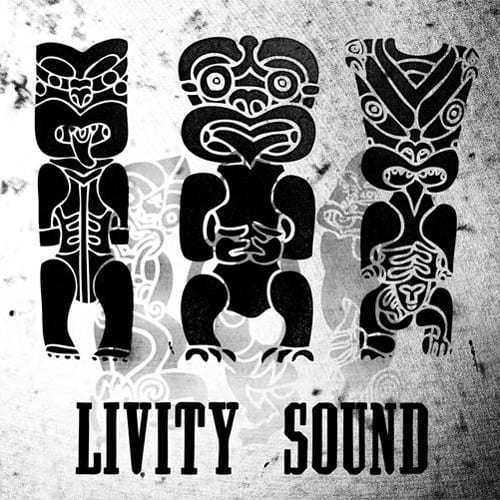 It’s not easy for a label to gain prominence in today’s saturated market, particularly when a new imprint seems to spring up every fortnight. Bristol’s Livity Sound stands as a masterful example in how to run things: a small group of artists (the ouput seems restricted to the three label-heads) who offer different slants on a brave, singular sound – if the music’s good enough, that’s all you need. Yet the Livity crew go one further: the trio are the brightest bastion of a ‘local scene’ in the UK, and over the last few years they’ve been bringing their town’s soundsystem tradition blazing into the future over a series of disarmingly consistent, club-tooled singles.

The three brains behind the operation are Bristol veteran Peverelist, rising star Kowton and relative newcomer Asusu, and together these players have worked to re-set the bass-wise meditations of early DMZ in taut techno moulds, resulting in what is unanimously some of the most vital dance music currently being produced. For the label’s first collaborative album the Livity Crew’s limited editions are compiled over nearly two hours of breathtaking sound, making for one of the year’s most essential releases.

As Kowton once stated in interview, there’s nothing superfluous about the Livity sound. The tracks are largely exercises in rhythm, purpose-built for the dancefloor, yet the most surprising aspect of the Livity Sound compilation is just how well it works as an album. Thoughtfully sequenced (the release’s two discs are bookended by the label’s first release, alternate takes on the same track by Kowton and Pev), these percussive workouts turn hypnotic in the home, toying with the idea of function and allowing their intricacies and subtleties space to unfurl and breathe. While for many compilations the sudden availability of high-quality MP3s is the reason for purchase, here it’s just the icing on the cake: this is a work that deserves to be heard as a whole as well as being pulled apart for mixes.

The Livity Sound compilation appears like a distant transmission; the group’s sound so fully formed, the individual practitioners so united in their approach. This breeds a sense of otherness which is only strengthened by the glyphs on the cover, while evocative track titles such as Remnants, Erosions or End Point call to mind the deterioration of powerful civilisations. This decline is translated musically to the shards of grime, jungle and dubstep which course across the release, gifted new life by rugged techno exoskeletons, transposed to powerful alien territory. In keeping with both the label’s ominous mystique and the fall of British soundsystem tradition, a deep dread occupies some of the release’s most impressive cuts, from the swampy menace of Vapours to the systems breakdown of new cut Surge.

The package, and by extension the label, stand out for the unity of these artists’ visions, yet within the Livity sound each of the trio has a markedly distinct approach. Pev, reliable frontrunner of the UK scene for many a year, trades in tricky percussive mutations, whether going for the jugular on anthemic Kowton collaboration Raw Code or mesmerising the listener with the ever-mutating strains of Salt Water and Aztec Chant. Later his tracks hit a sustained high note on the second disc’s latter half, End Point’s dystopic sci-fi terrain proving one standout moment amongst many.

Kowton wears grime influences boldly on his sleeve, adorning More Games’ rough drum workout with venomous strings, and taking a muscular approach on the utilitarian Jam 01. His approach may be the most confrontational, but Kowton’s versatility is evident from the off: on his surprisingly spacious mix of Beneath Radar a decayed string sample is stretched out with palpable yearning before an anxious drum pattern batters its way into the mix. Well-represented is the relatively unknown Asusu, whose distinctive application of the Livity sound to 4/4 techno provides many of the release’s standout moments. The force of Velez relies on its stark nature, while the insectoid ambience of penultimate track Too Much Time Has Passed makes for a darkly pensive final sequence.

The Livity Sound crew are masters of percussion, and as a result when they let a melody loose it really counts. Those grime strings of More Games prove an early highlight but there are more surprise moments of colour: the soft insistence of the synthwork on Asusu’s Rendering makes for a tasteful moment of polish poised against Livity’s otherwise raw sounds, while the jangling chords which interrupt Livity’s maniacally sinuous bassline make for – if forced to pick one – the compilations most memorable moment.

Livity Sound’s output to date has been incredibly impressive, but when packaged together it’s enchanting and utterly consuming. The unerring consistency of the tracks – there’s barely a single dud to be found in 18 songs of six-plus minutes – stands as testament to the coherent vision and staggering talent of these three producers. With the inclusion of some forthcoming releases which are just as promising, this is more than a victory lap for the collective, it’s a mission statement. In the dance realm, there’s very little that’s more exciting than hearing a group of artists at the top of their game, thinking as one, and Livity Sound is most likely the best example of this that you’ll hear all year.

Listen to Peverelist’s exclusive IA MIX and read the interview about the Livity Sound CD here.