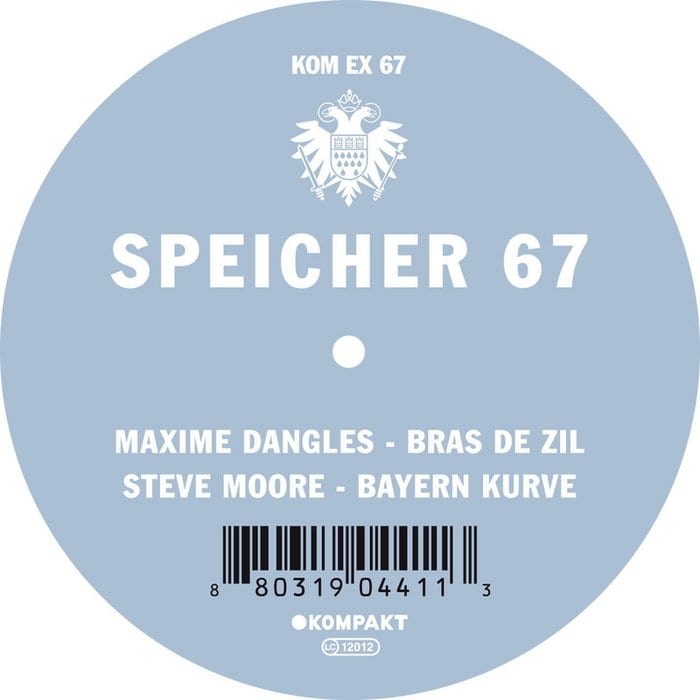 For the past eight years Kompakt Extra, a sub label of Kompakt,  have been releasing the eagle emblazoned Speicher series. If you have no idea what this series is or even stands for, I suggest you head over to Discogs and check out the roster of producers that have released a Speicher EP. If you can’t be bothered to do that here are a few names that I’m sure you would have noticed before, DJ Koze, Superpitcher, Wighnomy Brothers, Michael Mayer, Steve Bug, Oxia and Gui Boratto, not a bad selection at all.

2010 welcomes Maxime Dangles and Steve Moore to the first Speicher EP of 2010. Frenchman Maxime Dangles flexes his techno wings with ‘Bras De Zil’, which is 100% classic Speicher techno from the very start. ‘Bras De Zil’ begins with an absolutely banging rumbling bass line, that isn’t far off from being attributed to some kind of Berghain sound building up pressure throughout untill it sends you beserk with an almighty drop.

Steve Moore known to many as part of the progressive rock act ‘Zombi’ and others as ‘Titan’ and Lovelock, offers up “Bayern Kurve”, a mid-tempo roller that recalls the classic crawl of EBM that has come to the techno intersection – destination: future unknown. This tune is what the disco kids will certainly scream for as they now start to yearn for darkness in their dance.

Speicher 67 is as always a fine example of how techno should be done, go grab a copy, turn up the volume and piss off your neighbours.