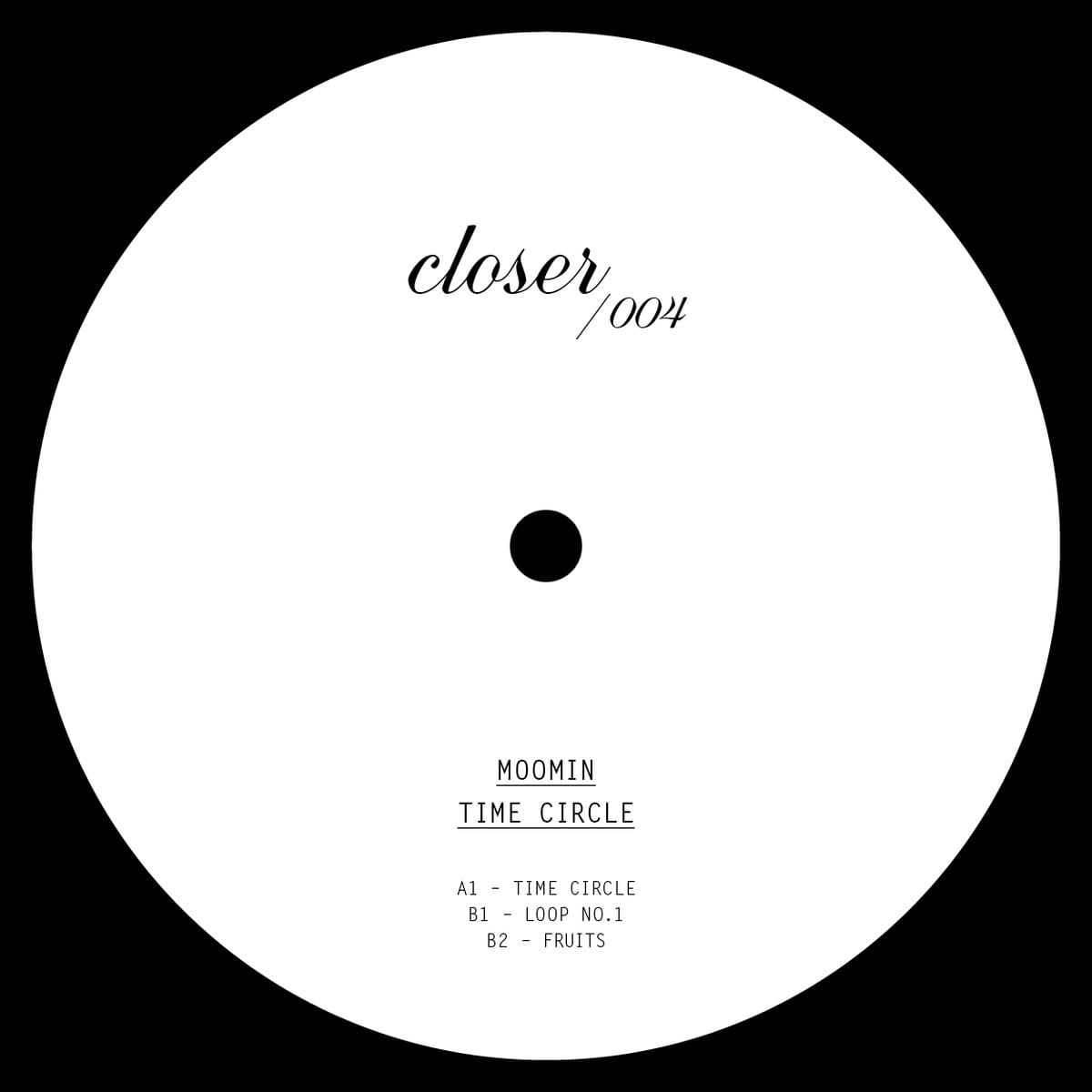 Moomin’s latest foray is a three track offering of his typically dreamy and unique take on deep house, switching up genres for good measure.

‘Time Circle‘ is an undeniable groove complete with heavenly strings and pads so ethereal they almost seem to float. The bassline is rolling with tension, intermittently punctuated by epic, orchestral interludes, which seamlessly develop into darker, heavier material toward the climax – Moomin reminding us of his Berlin roots here, no doubt. ‘Loop No 1‘ is a comparatively perkier output, it still manages to be just as dynamic. The drums are bumpy, rougher even, and against the backdrop of a summery guitar accompaniment make it easier listening but not quite as resonant.

‘Fruits‘ is a welcome experimental contrast; a breezy hip hop instrumental which delves into territory reminiscent of early Dilla work – certainly not a genre we expected him to infiltrate, but what with his mastery of percussion and soulful interpretation, it is by no means a fruitless venture.

Moomin proves that he is in essence a music lover and an artist without limitations – such work is therefore expected when considering his links with creative hotbed labels such as Smallville Records. You might argue that the release is missing the bite that some of his contemporaries are putting out in centre stage right now but what it may lack in staccato rhythmic thumping it more than makes up for in bucket loads of soul – and quite frankly, fire power notwithstanding, Moomin controls the show.

Discover more about Moomin and Closer on Inverted Audio.