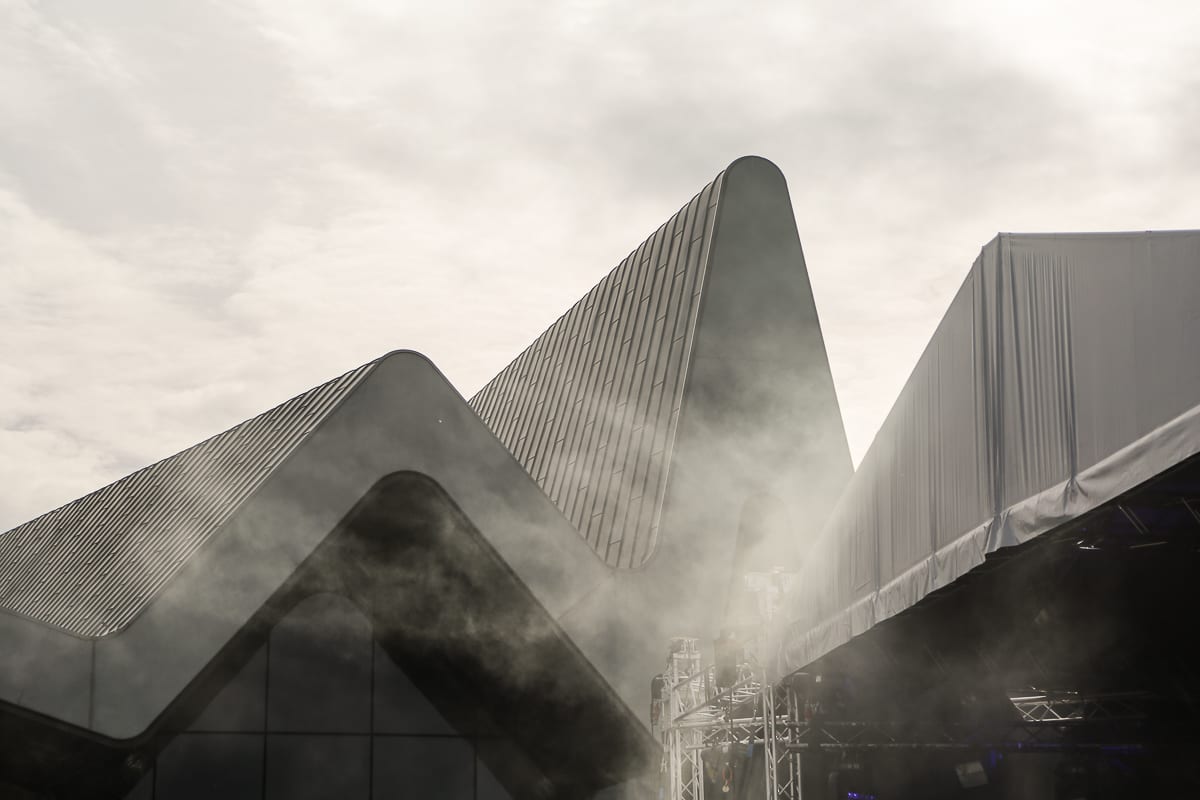 The end of May saw the return of Riverside Festival, Glasgow’s premiere music event taking place over the course of two days in the heart of Scotland’s largest city. After the cancellation of T in the Park in 2016, Scotland’s festival season was admittedly beginning the year on tentative ground. However, what with Riverside boasting a daring lineup of European techno artists and set in an unorthodox city centre location, expectations were high that it would rise to the occasion.

As mentioned, with Saturday being the more techno driven affair, we decided to pay a visit – although the odd downpour of torrential summer rain threatened to dampen the mood, the lack of grass also meant a lack of mud and spirits remained unquestionably high throughout the duration of the event. 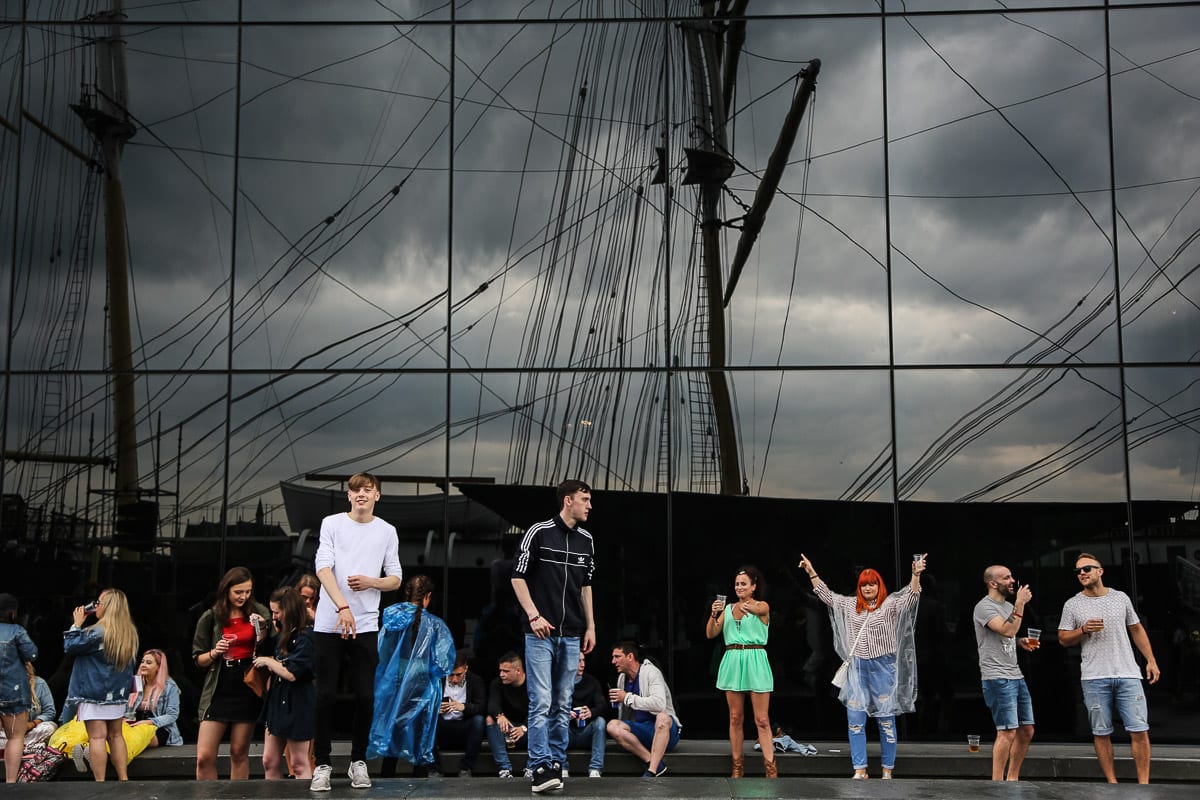 Unlike many city based UK festivals, Riverside operates from a rather unique location. Situated adjacent from the River Clyde, the festival feels as though it is surrounded by a vast moat on one side and the concrete metropolis of urban city living on the other.

It was a refreshing change to the typically leafy interchangeable park that one often finds themselves in at similar events throughout the country. Much can be said for how well the production team behind Riverside have utilised this space in the best possible way, transforming it into the venue it needed to become for a city-centre day festival.

At the epicentre of the festival is Riverside Museum itself; a jagged, monolithic fortress that quite literally demands the sky give way to its mighty grandeur. Overlooking the River clyde, Glasgow’s grey skyline loomed in what seemed like near touching distance.

It should be noted that the sound quality at Riverside Festival was as close to perfect as you’re likely to get for a city-based event – too often are the promising lineups of day festivals let down by overly dimmed sound systems that could honestly be mistaken for mini-rigs. Noise complaints are an unfortunate by-product of this game and a great deal of events on the festival circuit suffer as a consequence of this. 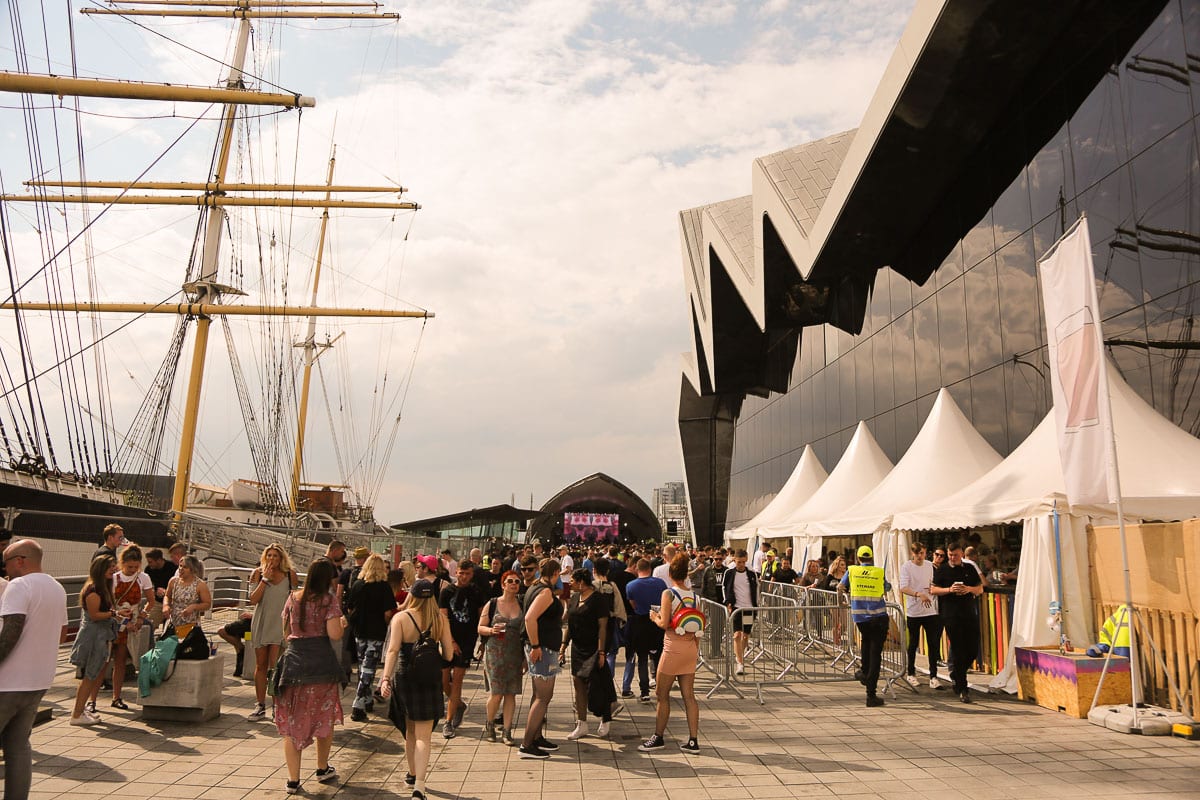 Quite frankly, even the best lineups in the world cannot save the day when your sound system is eclipsed in volume by the festival goers. You can only rely on big names so much, as so many festivals learn the hard way. Riverside deals with this perennial issue smoothly and never once faltered. Music remained crisp and deep throughout the day, despite a thousand million cars whizzing past on a stretching nearby motorway.

An early set from Animal Farm laid the foundations of good things to come. Illario Alicante’s bouncy selection of vocal driven tracks also warmed up the mood and provided Riverside with a set that was easy to dance to. At this point the weather was taking a turn for the worse and it’s a testament to any artist if the crowd is only growing in numbers as the rain comes down harder and colder. Almost every track lurched dancers on to their feet and firmly kept them there.

Women, though, were largely at the forefront of the day, with two of the best in the game, Paula Temple and Nina Kraviz, proving to be a killer combination. Temple, who I had heard only once before on a very hazy New Year’s Day morning at Corsica Studios, electrified the crowd with an eclectic track list comprised mostly of industrial techno stompers and slick, liquidy rhythms that zinged and bubbled like some kind of factory machine on LSD. 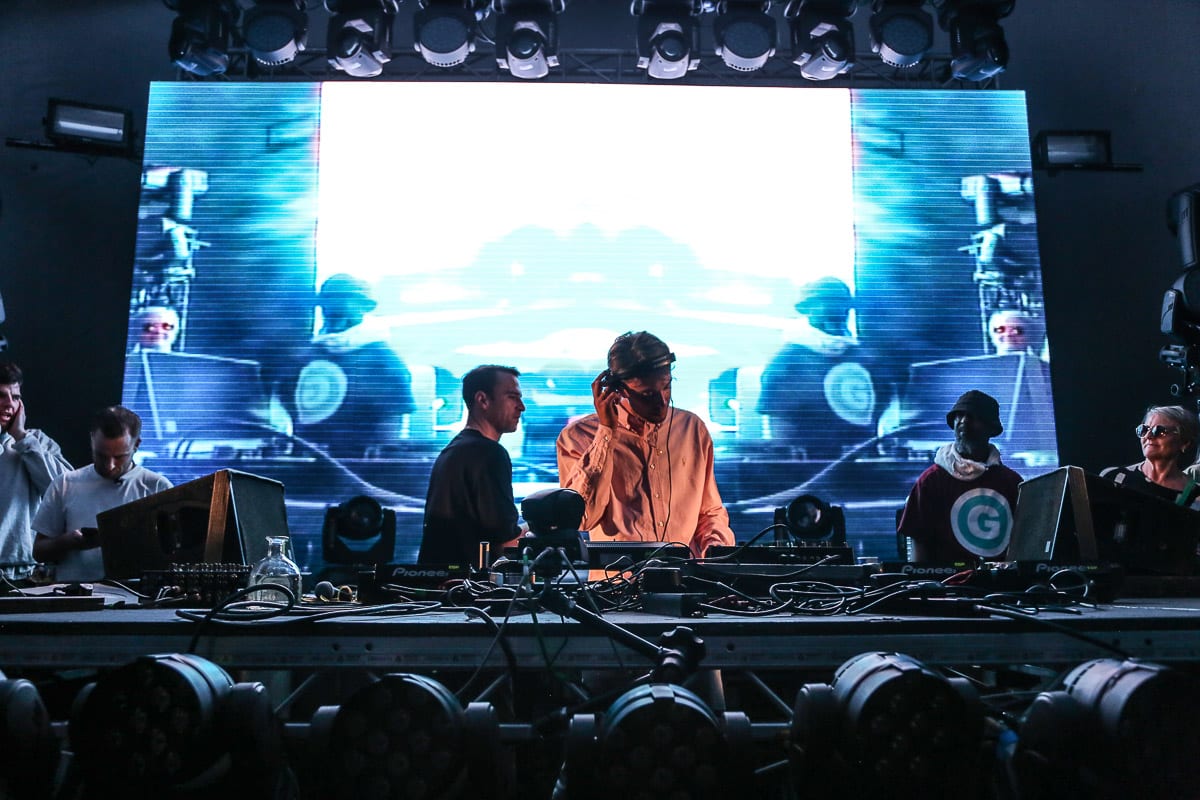 Playing in the early stages of the afternoon, she geared up the momentum of the event nicely. Kraviz, another kingpin name on the roster, played with such a fervent, contagious energy that it practically seeped into the audience and grew arms and legs of its own. It was a style that most fans have grown accustomed to, a style which was all too present here.

Rødhåd was also on typically strong form. Rødhåd’s traditionally steely rollers were warmly received and certainly would not have been out of place in Berghain. Sven Vath dished out a set that was quintessentially Cocoon and drew arguably the biggest crowd of the event as dusk settled.

Riverside ultimately proved itself against many of it’s contemporaries – the problematic weather will never be its defining trait when it’s sound systems delivers tenfold what many festivals can muster together. We’d probably still recommend packing a poncho with you though, should your travels ever lead you to it’s door.

Discover more about Riverside Festival and watch the official after movie here.