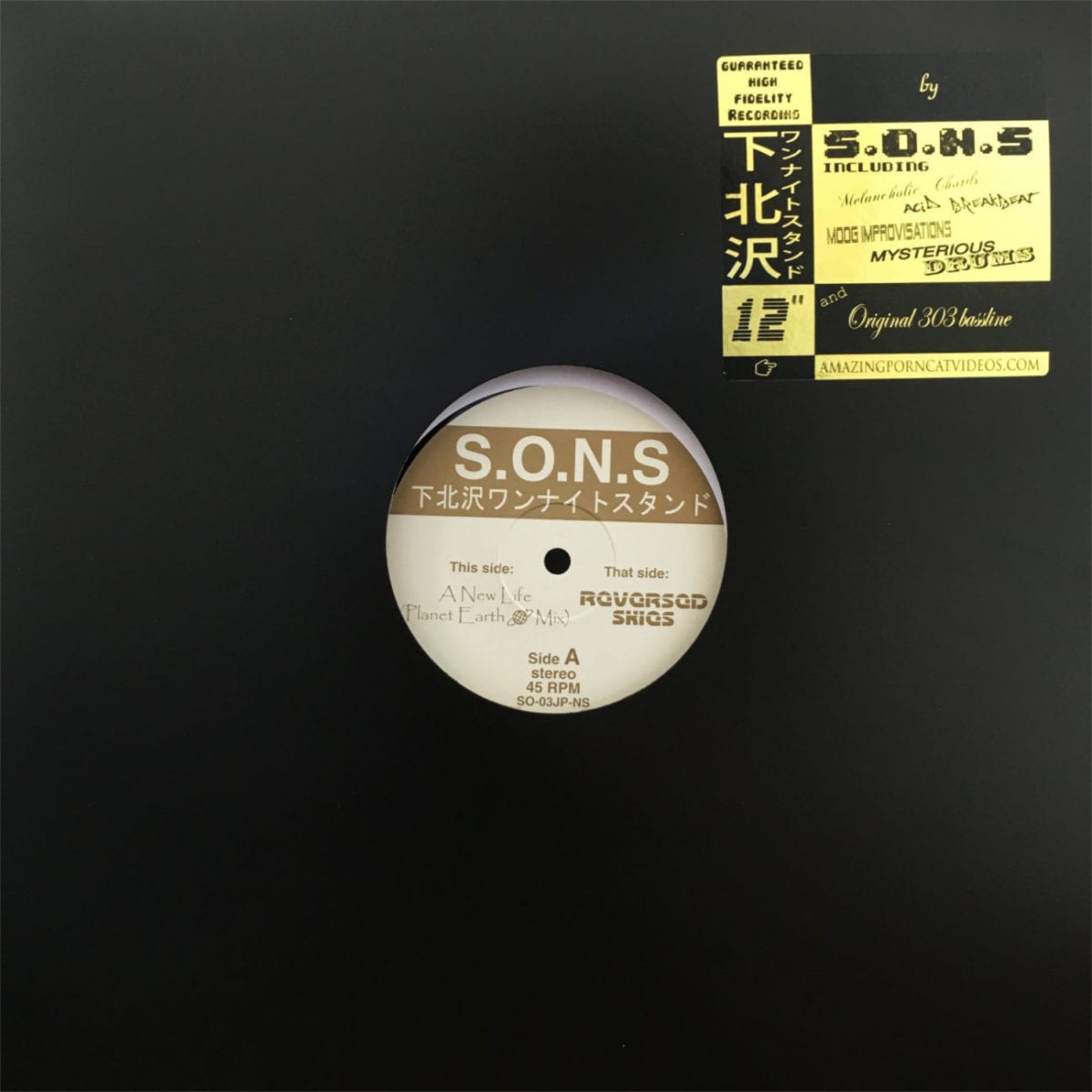 A self-released debut EP that turned untold numbers of heads and got Discog’s sharks rubbing their hands with glee, a follow up that raised the bar a little higher and kept the demand to such heights that a repress hasn’t been enough to content everyone, and now a third outing that confirms S.O.N.S status as one of the hottest enigmas around… In three astonishing, deeply penetrating platters, the mysterious producer and his eponymous label have marked their territory with a focus and consistency one can not but admire.

Third in the ‘One Night Stand‘ series, ‘Shimokitazawa ONS‘ perpetuates the sonic identity established by the first couple EPs, letting S.O.N.S’ sure shot amalgams of organic ambientisms, ayahuasca-fueled multivision scope and supple groovy flexions do the talk in splendid fashion. The A-side – ‘A New Life (Planet Earth Mix)‘ – is the EP’s highlight hands down, with its luxuriant blend of ’90s Wink-y 303-fueled basslines, natural sound samples and trip-hop’esque accents that remotely recall of a souped-up Massive Attack anthem from back in the day. An utterly compelling, soul-searching voyage for the senses.

Bringing up the rear, ‘Reversed Skies‘ excels in another category, mirroring the opener’s outgoing quality with more experimental nuances and a leafier sound design. Shape-shifting arpeggios cascade like birdsongs, then morphing into aqueous bloops and into mineral figures again. This is through this particularly convincing pantheistic vision that S.O.N.S music shines most and way above his contemporaries’, gently engulfing you into a widescreen kaleidoscope of retro-futuristic sonics. Yet another mind-expanding, empirical master stroke from the mysterious S.O.N.S, fully geared towards adding its catalogue number to the hall of fame of XXIst century electronic music.

Shimokitazawa One Night Stand is out now via S.O.N.S. order a copy from Juno.

A1. A New Life (Planet Earth Mix)
B1. Reversed Skies