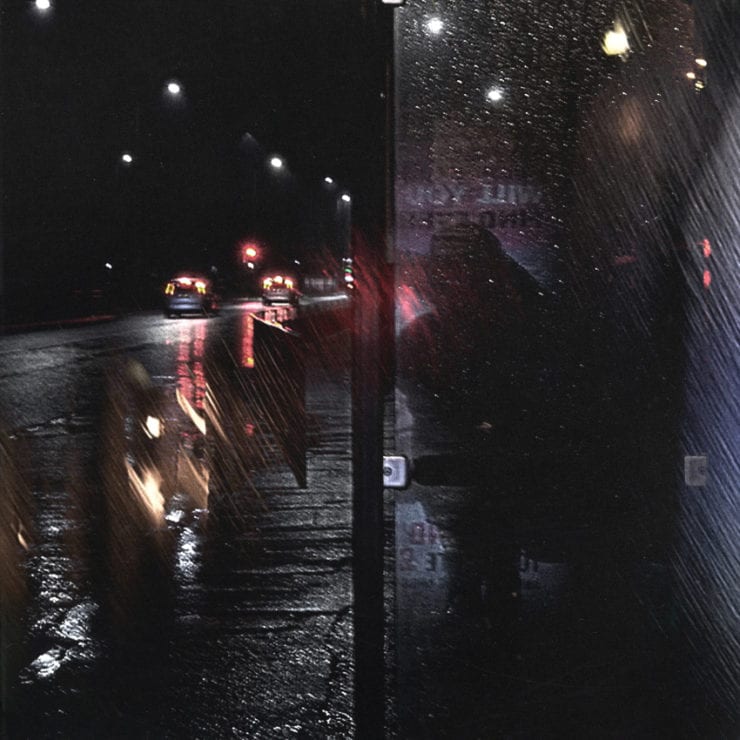 “How do you know when you’re in-love with a person?”… “Uhmmmmmmmm” – starting in an expansive manner, from beginning to end, Space Afrika‘s debut LP on Dais, Honest Labour is a solid album for the times: gritty and euphoric in its nodes of ambience, lucid beats and medley’s on emotion all shimmer through.

Following up from the well received, self-released ‘hybtwibt?‘ Where they started crafting the sounds that come into fruition so well in Honest Labour. With purpose, Josh Reidy & Joshua Inyang aka Space Afrika move into intricate spaces for this new album. The production is crisp, the influences are many, the genres are bent, and a real strength to the album is the choice in lyricists, where the fit of vocals to production is nothing short of tasteful selection.

As an example, the 8-bit pumps and loops flowing into guest’s ghostly harmonies on Rings, or kinseyLloyd’s clarity in thought that’s weaved into the ominously building beat of trip-hop influenced cut U, both songs playfully dance in harmony, and work really well.

Of course there are elements old and new dotted sporadically across the 19 tracks, nuanced bursts of light in moments like NY Interlude & Noise Sweet bring glimpses of fresh energy, but these are mingled largely with the concepts of loss and displacement that moves through the album so intimately. LV and <> are two examples of this, and the prevalent use of strings in Honest Labour are present in both tracks, used to raw and dramatic effect, mixing contorted garage and ambience with darker notes.

Where do we begin with B£E? Probably that if you’ve taken the time to read this, go jump on Blackhaine’s shit, because if his straight-to-the-jugular-of-the-system lyrics don’t hit you, his movements will. But B£E in itself is a brilliant collaboration and a major highlight of the album, Space Afrika’s compounded sounds, punching and brawling it’s way into sync, while Blackhain’s vocals spray onto the drifting melodic strings like graffiti to concrete arches. USED TO SMOKE WEED TO GET ME STRESSED.

‘Honest Labour‘ as an album is broken down with broken beats, shorter woven tunes worked into a melancholy of genres, moods and feelings. The culmination of which, including the titles seemingly are sprung from moments about the process of dealing with the ending of a relationship, navigating through loss and/or losing love, choose your own poison yourself? But the sharing of pain and personal moments through music in an exploratory journey, lead to recovery….. nawwww cute.

The finale, ‘Honest Labour‘ is a sombre reflection of strings and motions forward into new territory, a fitting way to see out an album of emotions pouring from the fabric – Sit and revel in “the sum of our parts but also reflecting the station of the nation, attuned to the drift, darknesses, and dream-state of the present moment”.

‘Honest Labour’ is scheduled for release 27 August via Dais Records. Order a copy from Bandcamp.