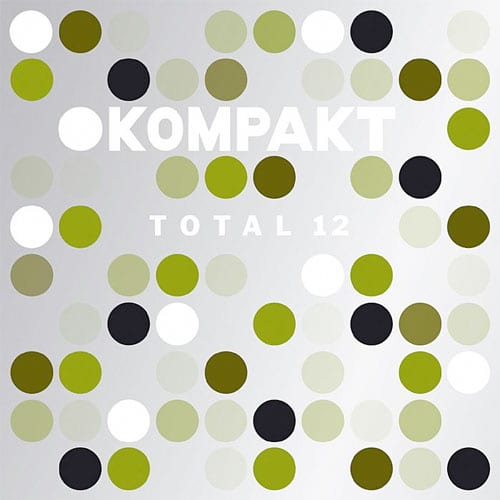 Kompakt has left a mark on each of the past twelve years with their Total series. For the uninitiated, it represents the perfect entry-point into the Cologne label’s aesthetic. Elegant four-to-the-floor sensibilities blended with gorgeous ambient textures, resulting in fine-tuned spacious techno that brims with melody and melancholy pop ambition. Keen followers of the label’s output know what to expect, and who to expect. The cast of leading lights gets shuffled occasionally, with newcomers introduced from all corners of the globe, but for the most part the usual suspects of the Voigt brothers, Michael Mayer, Jorg Burger remain in various guises, dancing to the same hypnotic beat.

The twelfth installment is a throwback of sorts, the last single–CD outing took place when the series passed the half-dozen mark. A decision well made, as there is little room for anything but slow-burning nocturnal anthems of the highest order. So now the scene is set, who takes gold in this year’s event?

Kolombo bursts out the traps with a Howard-Jones sampling display, the tender vocal hook a becoming pivot around which a beautiful Belgian slow-disco number pirouettes. In terms of sheer yearning however, it finds itself outrun by Who Made Who’s Every Minute Alone. Michael Mayer slows the pace of the original, wielding his gift for melody in quietly sensational fashion; Thomas Hoffding’s vocal performance emits an everlasting timbre in these surroundings.

Mayer’s other contribution, That’s What I Told Sanchez, pales in significance by comparison – falling short, somewhere in between the screwball tendencies of Matias Aguayo and Mayer’s own melodic sashaying. Superpitcher’s White Lightning is textbook in execution, a groove that tumbles around delectably, amid skittering, night-time synthesizers that brim, swirl and flutter all dewy-eyed.

By this stage of the year, the ubiquitous I Don’t Smoke feels like a classic, if just for the manner in which it showcases Aguayo’s ability to blend hooks, melodies and urgent percussion into pop that speaks to everybody, whilst still being the product of one inimitable character.