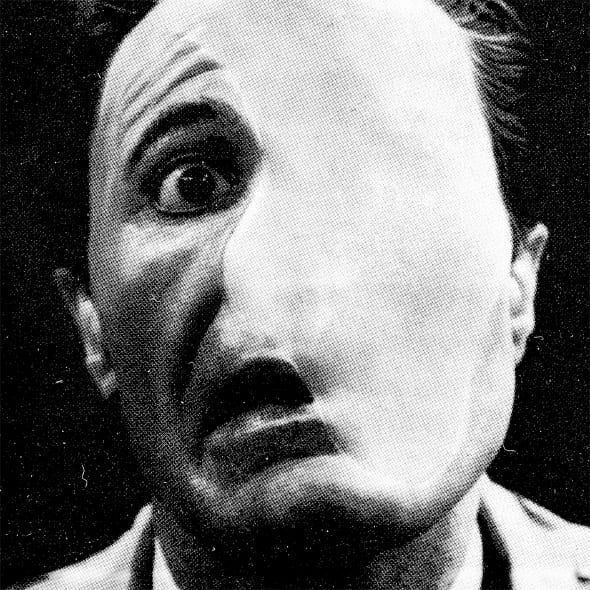 In January 2010 Australian producer Dro Carey released his debut record Venus Knock on Will Bankhead’s Trilogy Tapes. This  prompted FACT to proclaim him as one of the top ten producers to look out for in 2011. Despite this media hype, Dro Carey was able to successfully branch out and develop as a producer by releasing an impressive array of EP’s and remixes on labels such Templar Sound, Ramp Recordings and Trilogy Tapes. Ranging from classic Techno and House to Hip Hop and Grime. This time around Dro Carey unveils his follow up, ‘Pharmacy EP’, under his Tech-House masked moniker, Tuff Sherm.

As I usually do on my days off I spend most of my time rumbling through record stores. On this particular day I was looking for records tipped towards the Techno end of the spectrum, I guess I was after something new and exciting. I headed over to Kristina Records in Dalston and noticed the striking artwork of the Pharmacy EP. The records cover adorned with a black and white photograph of a shocked man propelled an intrinsic urge in me to pick up and listen to the record. I asked for it and waited patiently in line, whilst two Italian Techno heads finished riffling through their enormous stash of records.

The EP opens with ‘Pharmacy‘, which is possibly the darkest track on the entire record. An industrial repetition of sub bass exists throughout along with persistent eerie metallic drums.  The extremely engaging instrumentation applied by using synths and jungle drums as the track progressed made it clear for me. This time Sherm is breaking away from the expected guidelines and leads the listener into his own world of mysterious sounds. ‘Hydlide’ is possibly the most noticeable example of this. A blissful layer of bass is merged between bleak drums creating a unique atmosphere for the listener. The closing track ‘Leg Man’ is a groovy yet simple tune, a hypnotic melody transcends into what appears to be a distant woman’s scream echoing through the background.

‘Pharmacy EP’ contains some very obscure qualities, which made me start thinking and comparing it with Selected Ambient Works 85-92. Much like Aphex Twin, Tuff Sherm adopts the role of a mysterious masked narrator. This ambiguity leaves the listener with an enormous sense of curiosity and allows the mind to wander. Undoubtedly ‘Pharmacy EP‘ struck me as containing some of the finest experimental House music. A release that cuts through the expected sounds that some might consider the norm in this genre and stretches them to the most unpredictable extremes.