With Luminato Festival using the space for multiple events during near their almost month-long run, Unsound took the reigns of the venue for its second go-round in as many years – bringing artists such as Sunn O))), Roly Porter and Raime to headline the main stage (or “Music Stage” as it was so eloquently known by) while intimately intriguing acts such as Elysia Crampton, Aurora Halal and Olivia took control in the side room. 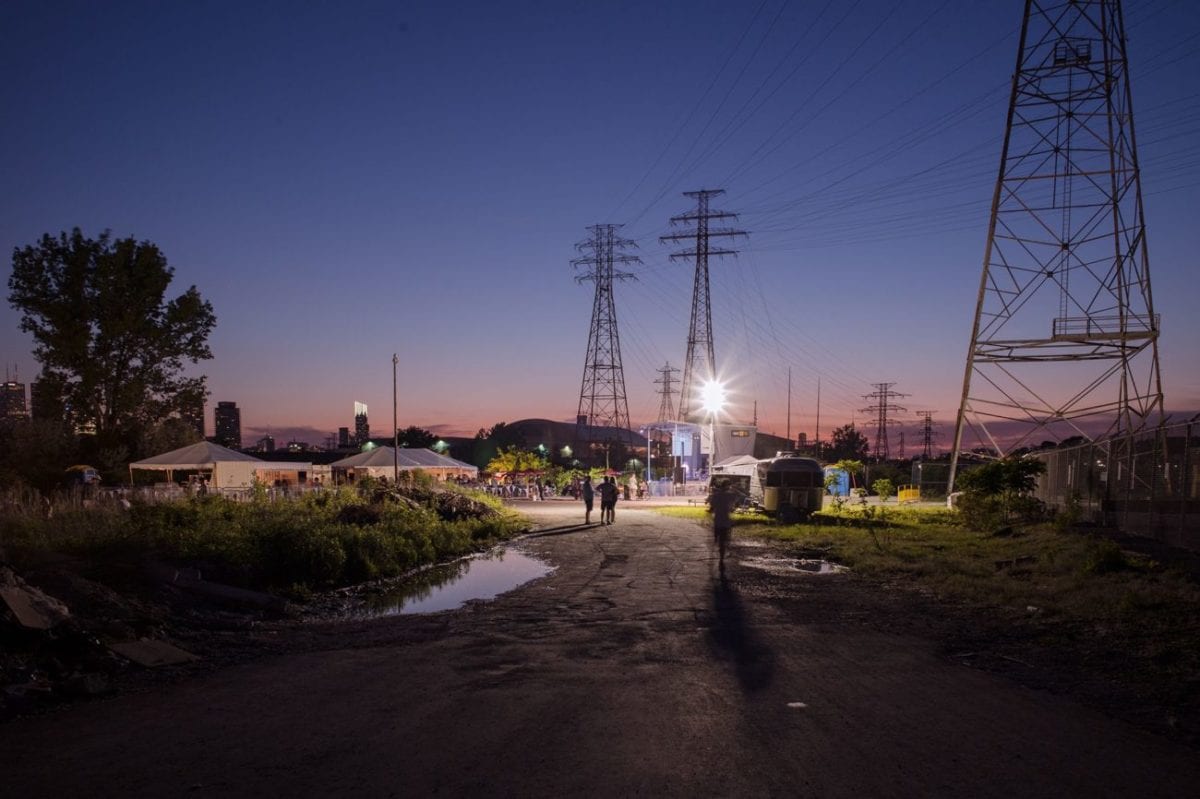 With a steady walk between both areas keeping things separate – there was a distinct contextual divide that created interest every few moments or so – with patrons wondering why people were flocking to the next room wave-by-wave.

The festivities began on Friday with an out-of-body thunderstruck experience courtesy of Kara-Lis Coverdale (with Unsound visual specialist MFO contributing to her backing visuals) – providing a soundtrack that was equal parts dew point-serenity and maddening mood-swing confessionals – something akin to Hiroshi Yoshimura performed a live set on top of an inactive volcano. 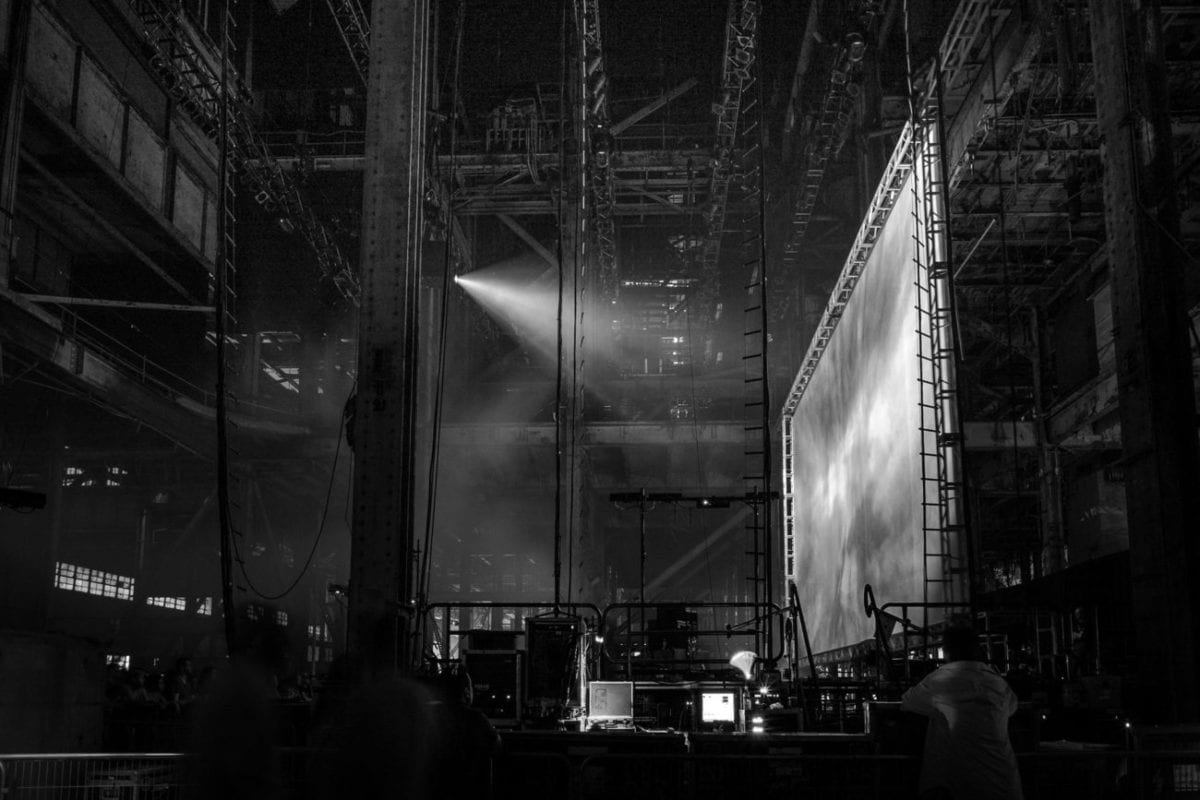 Ensconced in a silhouette surrounded by shades of blue, green and black, Coverdale invited a curious crowd to engage with her as she set a tone for the rest of what the main stage had to offer. Meanwhile, an almighty force of nature erupted in the side room – as Elysia Crampton took control with a staggeringly powerful live performance that was full of curiously kitschy samples that turned into a real-life level of Doom on the PC, but screened in outer-space somewhere in the fourth dimension.

To call it surreal would’ve been an understatement, and even with sound issues plaguing the room itself throughout the night — it didn’t stop Crampton from making jaws hit the ground in awe. Raime took an approach that was a bit more subtle, by building upon the layers in bits of their newest LP, Tooth, with a succinct ferocity that only skimmed the surface once all the elements played nicely together. 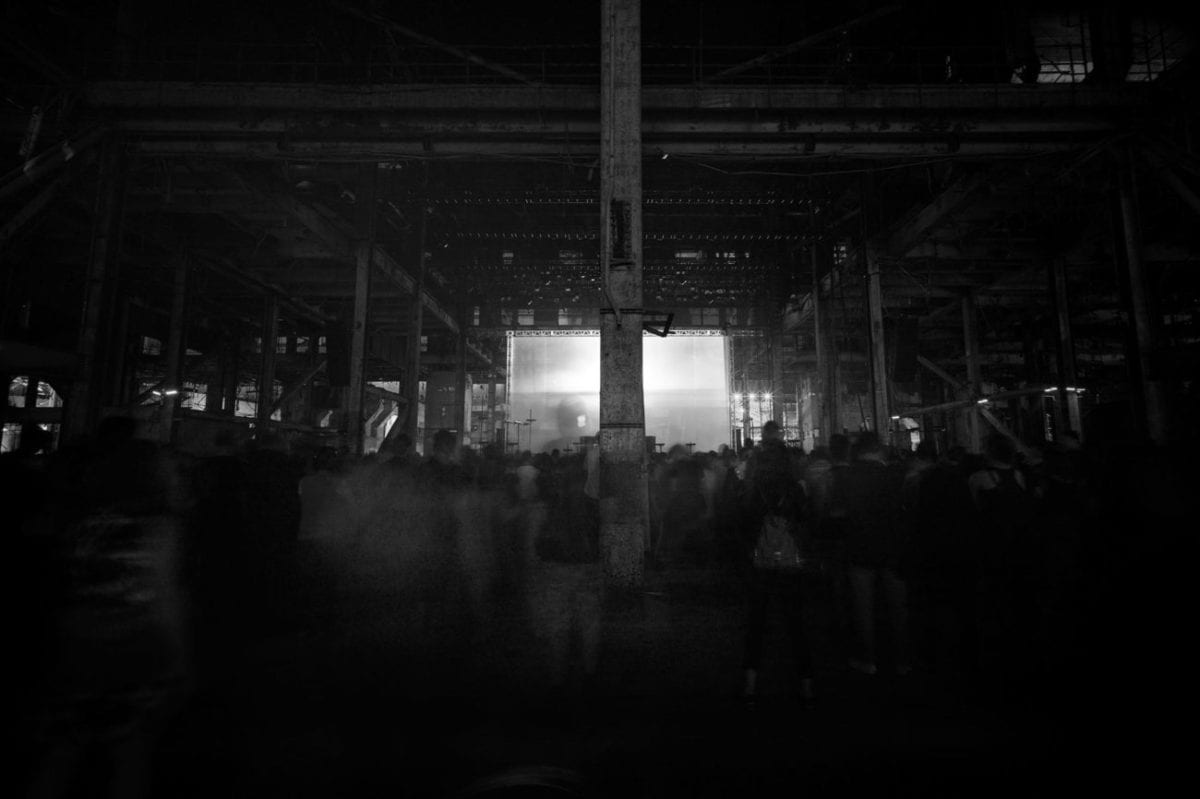 Raime built an evocative yet eerie atmosphere that one couldn’t help but marvel at for a good long while and think, “What is this really creepy, sexy live dub music I’m hearing”? It was Raime, folks — drink it in. However, the biggest vibe was an everlasting set from the mythic Sunn O))) – who played an almost everlasting set of ambient drone brutalism that delighted and devastated the crowd that witnessed its tonally, tactful glory.

However, the following night proceeded to be just as glorious with Alessandro Cortini gracing the main stage with a poignant and powerful performance of his own solo material while setting the crowd up for an intensely expansive live collaborative performance by Roly Porter and MFO. Intoxicatingly brash yet beatific, Porter’s crisp yet chaotic sounds worked perfectly alongside the visual set-up by MFO in spectacular fashion. 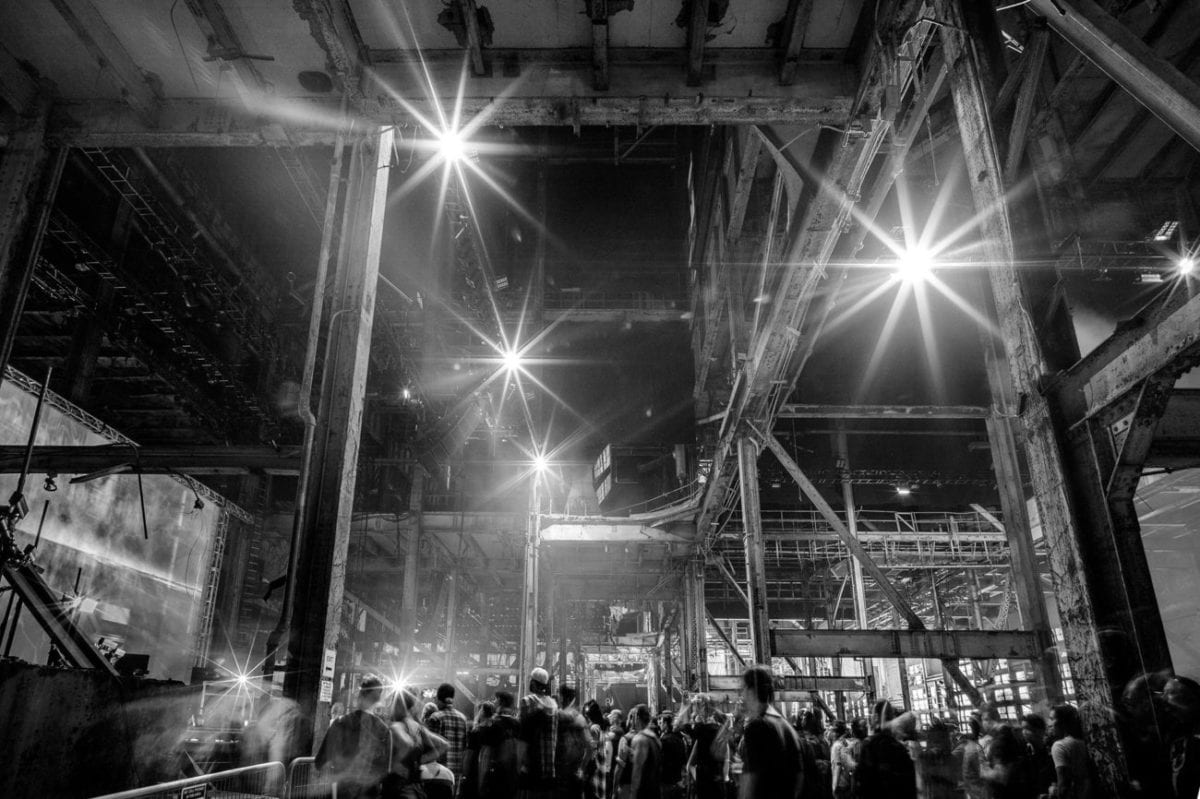 Concurrent to those chaotic proceedings was the side room being taken over by a one-two punch of Polish talent – with the mystic tribunal meeting of the vibes that was T’ien Lai crushing the room into a furious frenzy while setting things up perfectly for Olivia – who made waves by playing an incredible mix of techno and electro with a dash of disco spiked in there – if anyone didn’t know her before this set, they were most definitely buzzing about the Polish upstart afterwards.

Then, back at the main stage – two wild and crazy guys just started playing the weirdest, most fun shit possible; those two wild and crazy guys happened to be Lorenzo Senni and Powell, also known as Hot Shotz. Somewhere between a Mr. Oizo fever dream and a Seinfeld scoring session gone right, the duo injected some much-needed levity into the main stage by just putting all their eggs in one basket and scrambling them to perfection.

What would’ve closed out this writer’s weekend would’ve been a three-for-all techno assault from Aurora Halal, Ancient Methods, and Orphx – however there were issues to be had getting into the side room due to Canada’s stringent fire safety laws. So while there was capacity to be had in the room, the flow of patrons going in-and-out was compromised to the point where hundreds of people were waiting during Halal’s set.

This was no fault of Unsound — as Luminato only did what they were legally obliged to do so. Yet, it dampened a brief moment in time that could’ve been expounded on just a bit more brusquely with some excellent techno. Regardless of that blip on the radar; the music, the tone of character by most of the crowd at the venue and more importantly the venue itself – provided an expressively taut sets of experiences that took place, as Aurora Halal herself put it – “in the real-life world that exists in The Matrix.” One couldn’t agree more – as I look forward to the machine overlords taking over in 2029 A.D.