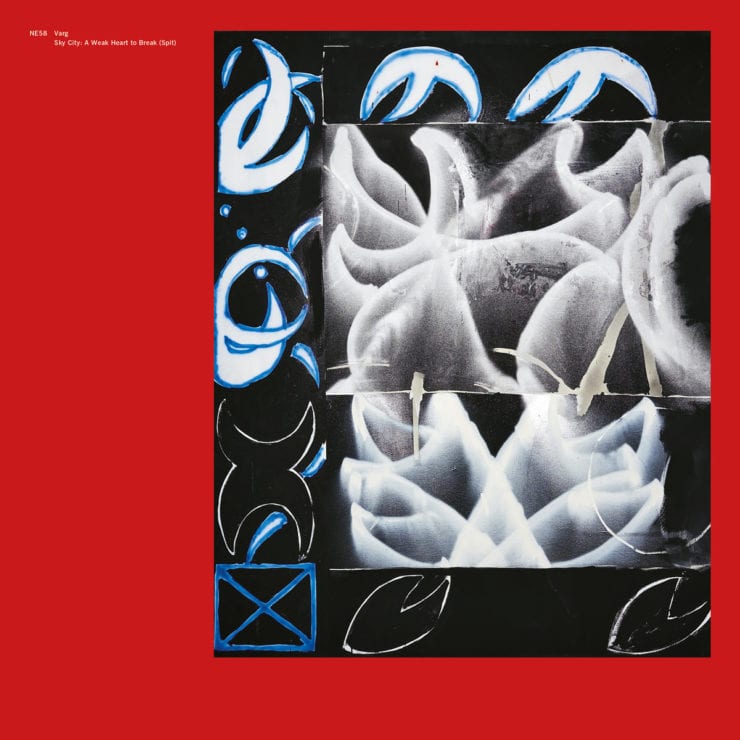 A revealing piece of artistic vision, the two-part release ‘Sky City‘ offers one more chance to take a look back into the unwavering and fiercely independent glare of Swedish techno producer Varg, as he’s found injecting yet more of his soul and personality into the uniquely warped concepts he’s been shaping for dance music.

As Northern Electronics co-head alongside Anthony Linell, Jonas Rönnberg has met a great deal of success. Since first igniting the powerhouse techno and experimental ambient label with ‘Misantropen‘, Varg’s output has shown notably prolific and varied, never quite sticking to one notion or pattern of composition.

His stance and production has increasingly been at odds with bland and pretentious techno book-keepers, sometimes with rebellious twists and unusual takes on the old standards, or with blatant fire, two middle fingers up.

Not that Varg appears to mind giving the old guard’s self-made cage a kick every now and then: the 10-year party for Northern Electronics held in Stockholm was allegedly a playful affair, almost bereft of the solemn dance music the label releases, and which drew the crowd to the event. His attitude has earned him a fair few adversaries, but in the process he’s forged his own brand in a scene of mimics and try-hards.

It’s in this spirit that ‘Sky City‘ presents a split 8 track set: ‘Part 1, Even in the Heart of Heaven, Angels Can Still Feel Fear‘, and ‘Part 2, A Weak Heart To Break (Spit)‘. Actually, the esoteric titles and matching artwork are about the only real similarities between Parts 1 and 2. Though the set starts with the most recognisably “techno” music with four 130-ish BPM tracks, Part 2 is heavily soaked in nail-biting tropes from sister-scenes to the genre.

The narrative plays like a descent from the sky to a world of burning ashes. Part 1’s sights are aimed at the moments of the night when everything seems floating, anti-gravity, the crowd in a quiet frenzy, gripped by the music. The driving force of the four tracks is a centred pounding bass, grounding the music to a dance floor whilst all about wild cerebral elements flutter, panning left to right, in and out of focus, with Varg demonstrating his undeniable knack for creating fiercely enjoyable dance music.

All tracks on the first EP testify this, each one making for an enigmatic diorama of dance floor euphoria from a distinct angle. ‘Cyclone…’ is as cyclones do: raw, bewildering, impossible to prepare for in the moment of impact. ‘DeathToggle…‘ takes on an almost breakbeat sheen, a piled key from the Ilian Tape boys’ bag, yet still irrevocably Varg.

Highlight ‘Green Flames Covering The Winter Sky‘ is a relentless number, with its tangible bass squeezed out of the gaps in rattling drum salvos, layer on layer of sound pulling you down and down with the sky. ‘A Weak Heart To Break‘ summons anthemic lead lines over a rolling techno backdrop to commence the start of Part 2 before the next cut primes the listener for the hell-scapes of the following side with a battery of neighbour-offending noise.

The collaboration with Patrick Quick takes the form of a completely unhinged narrative from within the most-fear laden imaginings of a paranoid raver. The robotic rendering of the stuff-of-your-nightmares verse is as an antennae between the anxious freak-outs hidden behind stoic faces on the floor and Varg’s CDJ’s, bringing unspoken collective fears to the front of mind before the shrieking madness of the finale. A rolling gabber-inflected haymaker, ‘Spit! / CheatingIntensity…’ is the parting shot, somehow dredging along in near slo-motion despite its 160bpm on the meter.

Rönnberg cleverly presents us with a choice with the two records. In one hand is held Part 1, a jewel of an example as how to take the techno dance floor spirit and set up the foundations to a truly original experience; in the other Varg presents Part 2, a screeching, manic beast which bears small similarity to the swathe of banal club-techno that is consistently churned out these days. Play it safe, or challenge safety?

One thing is decided though: Varg clearly remains one of the standout producers around today, regardless of his chosen field of action. ‘Sky City‘ is just another (thoroughly well-executed) underlining of this – a flourish or a stark challenge to those treading the beaten-down path.

‘Sky City’ – Part 1 and 2 are both out now in vinyl and digital formats. Order from Bandcamp.

Sky City: Even in the Heart of Heaven, Angels Can Still Feel Fear

A1. Cyclone (Even in the Heart of Heaven, Angels Can Still Feel Fear)
A2. Crush the System / Soak.Create_Soak_Party_Situation
B1. Death.Toggle / CheatingIntensityBuff_Fearless (feat. Fatal & Chatline)
B2. Green Flames Covering the Winter Sky (Västerbotten)

A1. A Weak Heart to Break (BD 4-Ever)
A2. The Fallen Star Was Just a Man / Buff_Depressed
B1. This Wretched Light feat. Patrick Quick
B2. Spit! / CheatingIntensityBuff_Passionate (Motherlode)

Discover more about Varg and Northern Electronics on Inverted Audio.