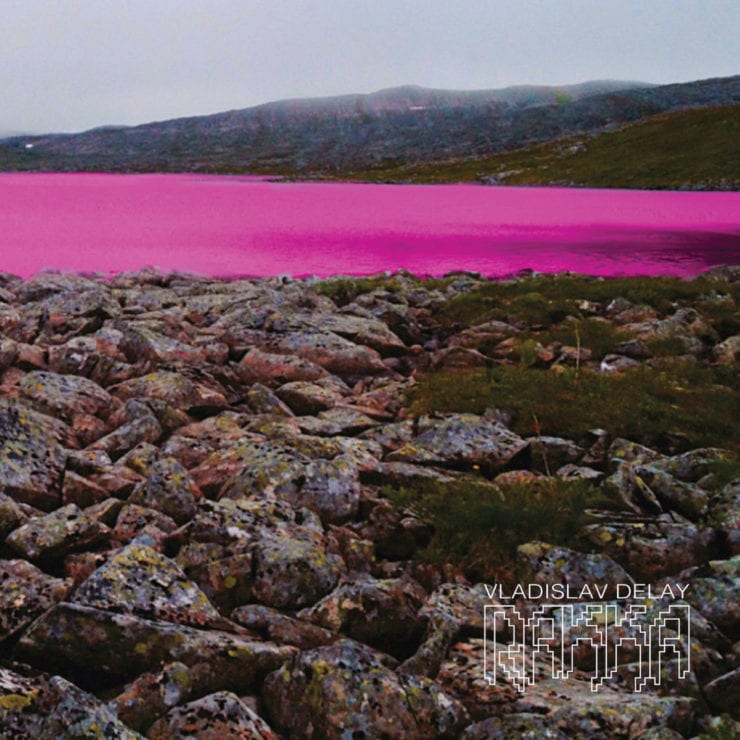 Vladislav Delay is just one of Sasu Ripatti’s many pseudonyms, but is by far his most prolific. In the first decade of the 2000s, we became accustomed to annual releases from Vladislav Delay. However in 2014, Ripatti decided to take a break from music altogether, citing his frustrations with the industry.

‘Rakka‘ LP is the first Vladislav Delay album release since the Finnish producer’s hiatus. Arguably it could not have been conceived without Ripatti’s time away. As a means of escape during his self-imposed purdah, Ripatti hiked extensively north of the Arctic Circle. ‘Rakka‘ was created in direct response to the terrain he encountered. The album’s name translates literally to ‘Stone Field’, a reference to the rocky tundra that he traversed.

Rakka’s soundscapes favour expressionism over realism. With an array of powerful, physical samples, Ripatti depicts his intense emotional experiences of a landscape he once described as ‘raw and brutal’. The title track opener is wild, jagged, and unforgiving, channeling the clamour of heavy industry and hammering out incessant semiquaver rhythms. The terrain in ‘Rakkine‘ is equally frantic and claustrophobic. Voices are violently shredded with distortion so they resemble the distress calls of a malfunctioning radio, its cables sparking and sizzling. ‘Rataaja‘ is a conflict zone, peppered with machine gun fire and alarm calls.

The timbres may be new, but Ripatti structures his material with an approach tried and tested on previous releases. Harmonic background textures provide washes of colour, whilst in the foreground, short samples are repeated and looped into regular rhythms. Of all Ripatti’s work, Rakka strays closest in this regard to the domain of Tim Hecker.

Both composers have been influenced by similar geography (I’m thinking particularly of the ‘Music for Tundra’ triptych from Hecker’s debut album), and understand the fine art of balancing atmospherics with foreground movement. The influence of club music is also palpable. ‘Rampa‘, for instance, flits between a chain of regular rhythmic patterns which often resemble techno and gabber. There is even a subtle hint of the contemporary Copenhagen sound of producers such as Schacke.

Some of the album’s best moments occur away from the chaos. On ‘Raajat‘, the icy supporting texture – usually swamped by fits of stuttering samples – is given occasional space to breathe and sing solo. The delicate conversation between samples near the beginning of ‘Rasite‘ is also beautiful. During these quiet periods, we no longer battle through rugged terrain, but instead survey distant landscapes from the tops of mountain peaks.

‘Raakile‘ deserves special mention. Like waiting for a storm to pass from the safety of shelter, the cycles of slowly droning samples are ominous yet comforting. The whistling wind on this track is powerful, and perhaps the only truly ‘natural’ sound we hear on Rakka. Sitting under four minutes in length, ‘Raaklie‘ is an anomaly considering the other complex, lengthy canvases on the album. But it serves as an important reminder that Ripatti can do the simple stuff just as well.

‘Rakka’ is scheduled for release 27 February. Order a copy from Boomkat.