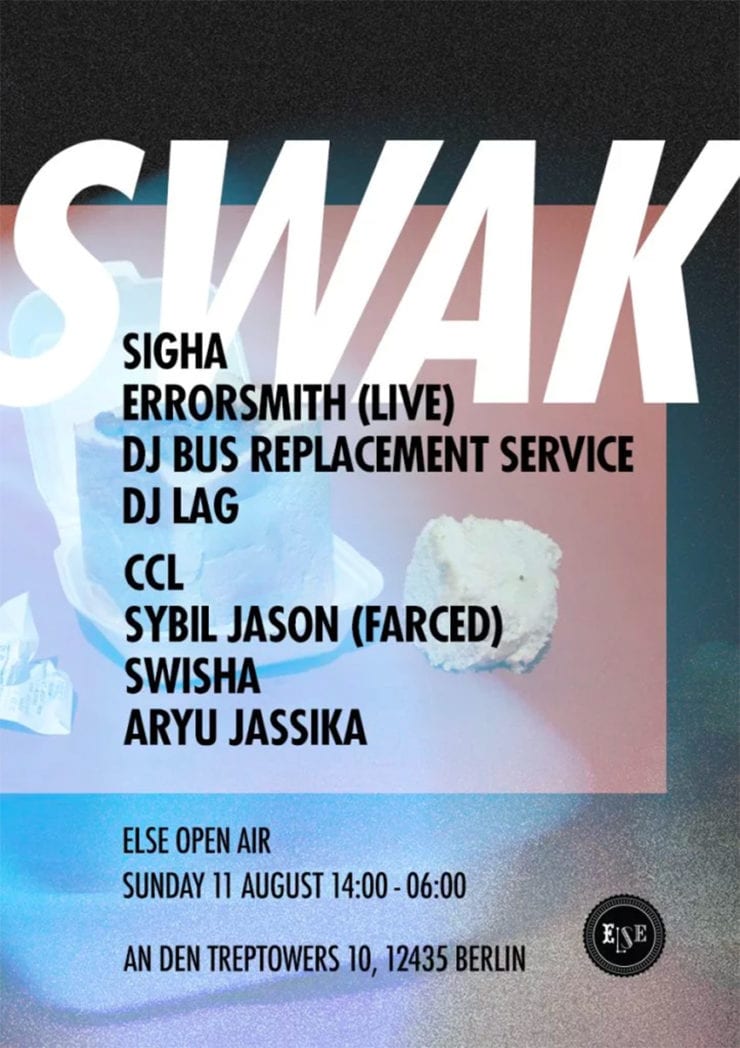 On Sunday 11 August, Else ramp up the intensity of their Summer programming with a blistering lineup of innovators and shape shifters featuring; Sigha, Errorsmith, DJ Bus Replacement Service and DJ Lag.

Having kicked off his career 10 years ago in London with his sublime ‘Rawww‘ EP on Hotflush, Berlin-based producer Sigha has since developed his sound to fully explore the nether regions of bass, techno and IDM. With extensive releases on Token, Avian, Blueprint and his recently revived imprint Our Circula Sound to revive his Faugust project – there is no limit to Sigha’s musical scope.

Berlin-based producer Errorsmith steps up next to bring his experimental blend of bass, footwork and techno to Else. For those of you that have not listened to his celebrated ‘Superlative Fatigue‘ LP on PAN, we strongly suggest reading our review and face-to-face interview.

Following his recent ‘Steam Rooms‘ EP with Okzharp on Hyperdub, gqom originator DJ Lag joins in on the event to inject the dancefloor with an ample supply of heaters that are set to make you sweat. DJ Bus Replacement Service closes out the proceedings armed to the teeth the unknown. Support arrives courtesy of CCL, Sybil Jason, Swisha and Aryu Jassika.