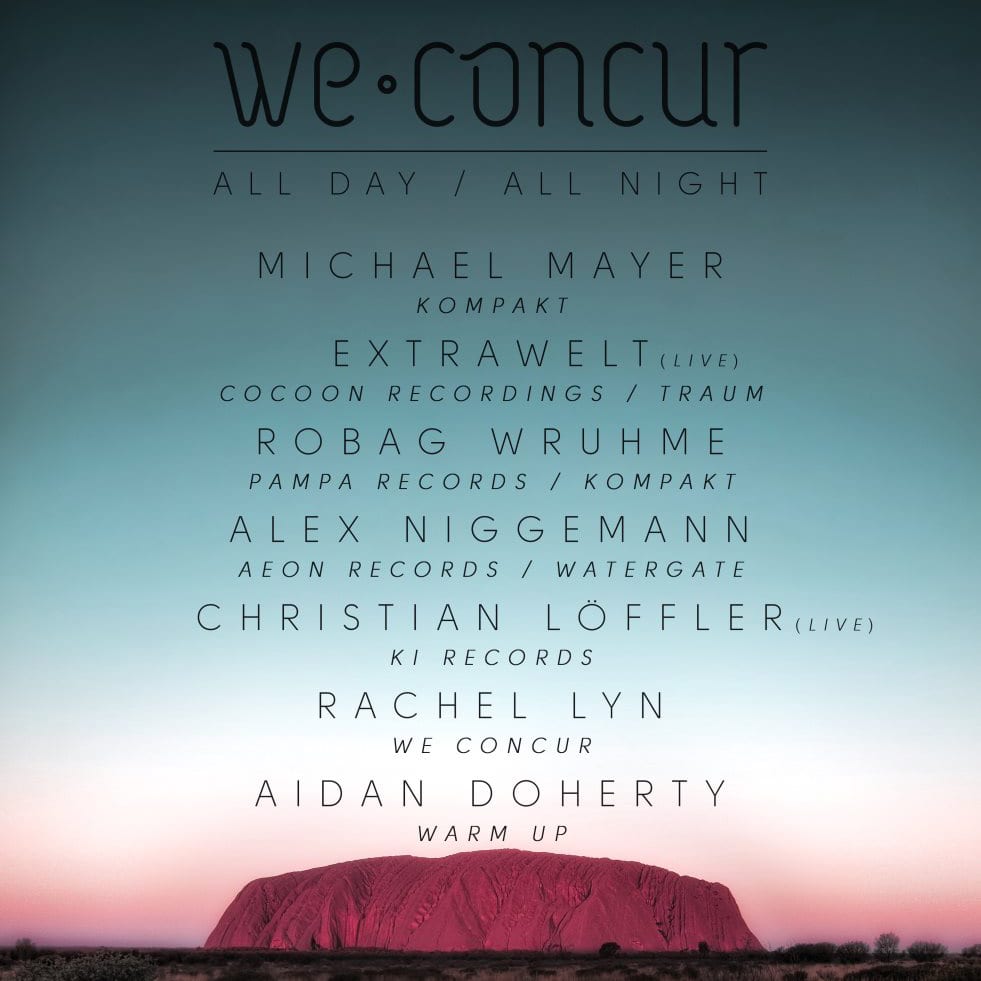 Kompakt label boss Michael Mayer is one of the most influential DJs of our times. Weaving together long, story telling sets of house and techno from across the ages, he is also a talented producer with an enviable and often referenced back catalogue. An integral part in the way that techno has developed in recent years, his name is synonymous with the melancholic sound that has become so popular.

Next up are an act who’ve gained an almost cult status, Cocoon duo Extrawelt. Known for their much hyped specialist live sets, they will be doing their improvised, on the fly thing on the night. One of the best acts to emerge from the minimal scene in mid-2000s, it was James Holden that first recognised their talent, with the pair then going on to win many accolades in the coming years. Expect tough, hypnotic loops, trippy synth patterns and plenty more electronic excitement from them.

Having associations with labels such as Kompakt and Pampa Records, Robag Wruhme is known for his wonderfully warped tunes that are often charted by some of the biggest names out there. His ability to find the balance between emotional and hard-hitting tunes is inimitable.

A man very much in the spotlight in the moment is Christian Löffler, known for his combination of both melancholy and euphoria in his productions. With releases on 2020 Vision and his own imprint Ki Records, this in-demand producer will perform his much acclaimed live set. Adding to this huge bill will be Poker Flat Recordings and Watergate Records producer and creative DJ, Alex Niggemann, who’s seen support from the likes of Tale of Us and Dixon recently.

Rounding off the bill are We Concur’s staple residents and Warm Up boss Aidan Doherty, who’s rise on the London circuit over the last 2 years has been more than impressive. Rachel Lyn steps up again after two immersive sets from our first birthday, and Qash and Tom Law complete the proceedings.

No summer party is complete without food, so there will be a variety of vendors on site providing you with some much needed loveliness to keep you partying through the hours, and of course we also have some extra special production in store, transforming the venue in a big way.

Discover more about We Concur on Inverted Audio.