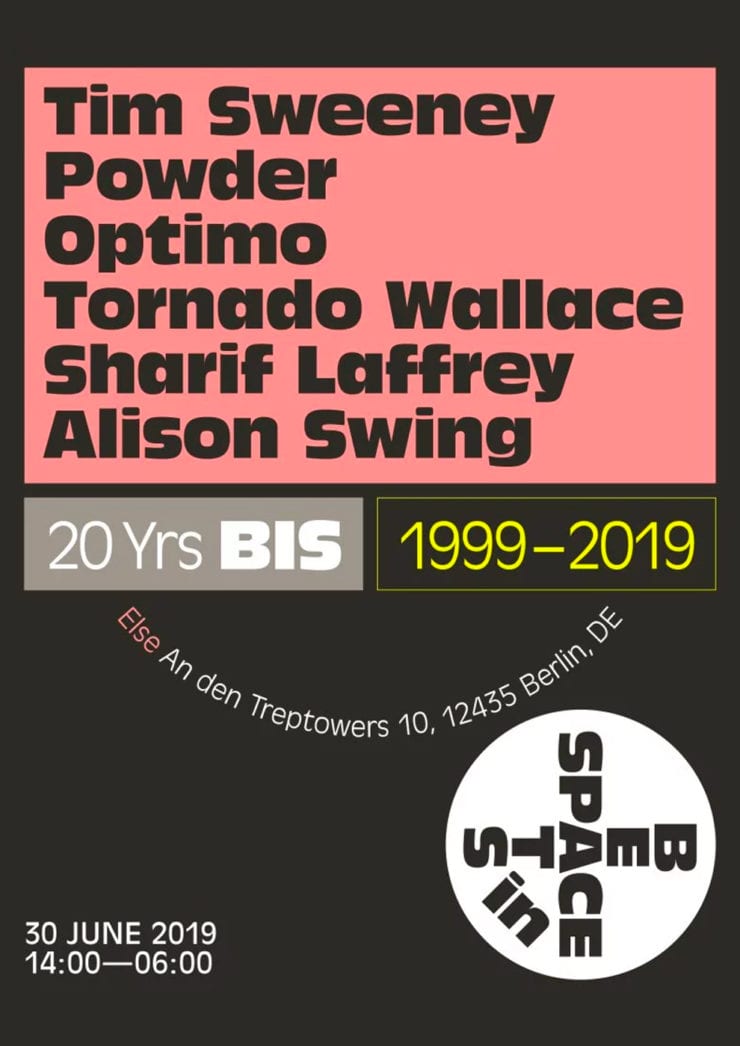 On Sunday 30th June, Tim Sweeney brings Beats in Space to Else in Berlin to celebrate the radio stations 20th anniversary. Topping the bill is Powder, one of Tokyo’s rising talents, having recently kicked off the Beats In Space mix series with a wildly eclectic submission featuring two of her own original productions.

Joining her are Glaswegian duo Optimo and Australian producer Tornado Wallace, a regular on ESP Institute and Gerd Janson’s imprint Running Back. Tim Sweeney will also lay down the jams. Closing out the lineup is Detroit’s very own Sharif Laffrey and Renate’s rising in-house selector Alison Swing. Expect an avid selection of house and disco perfectly suited for a heady summer rave down by the Spree.

For those not in Berlin, fear not – Sweeney and the gang (plus special guests) will present a live and direct broadcast from Else. They’ll be playing some of their favourite tracks from the past two decades and will be telling some intriguing stories about the history of Beats In Space.

Ahead of the event we’re offering one lucky reader x4 tickets to the event. To enter, complete the form below and subscribe to both Inverted Audio and Wilde Renate’s newsletter. The winner will picked on Friday 28 June and will be contacted via email.