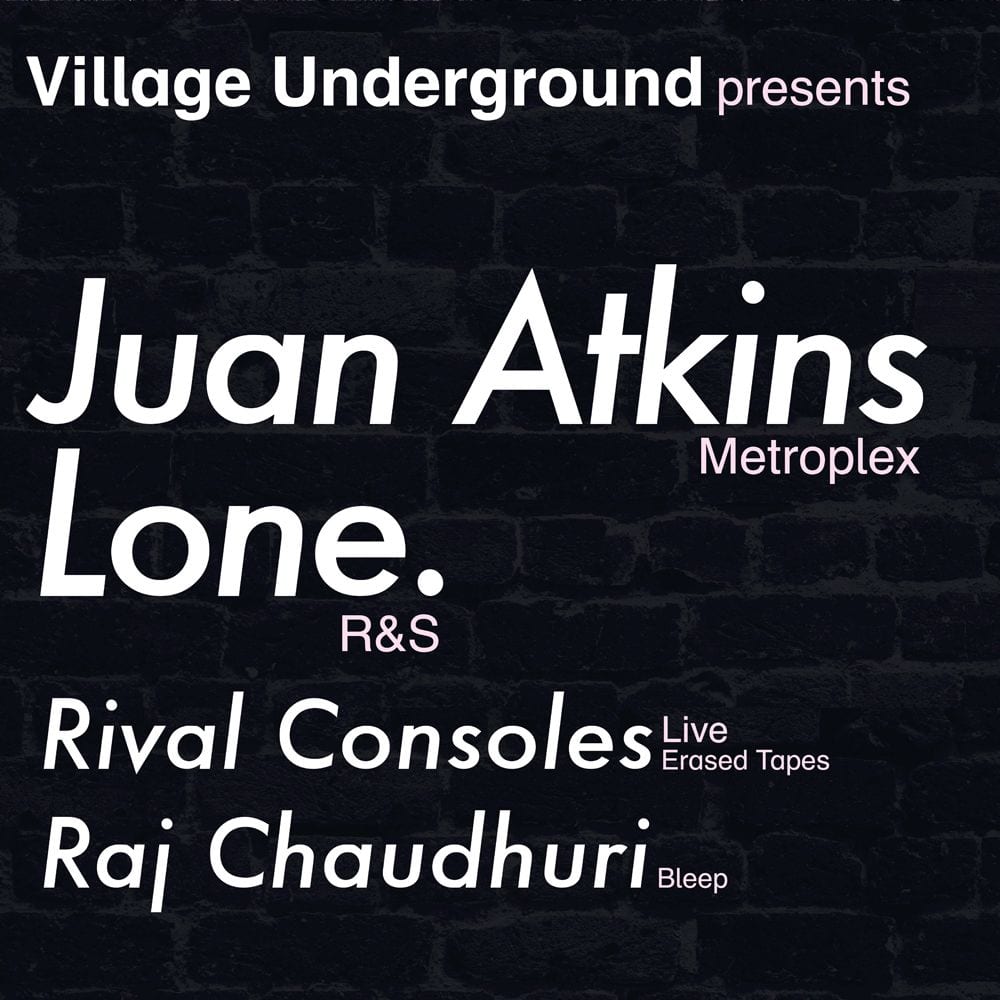 We’re offering a pair of tickets to Village Underground this Saturday with Juan Atkins, Lone, Rival Consoles and Raj Chaudhuri. To enter answer the following question:

Q: Last year Juan Atkins released a collaborative album ‘Borderland‘ via Tresor – What was the name of the other producer involved with ‘Borderland’?

Email your answer to: competition@inverted-audio.com

Alongside Rick Davis as Cybotron, Juan Atkins first made his name with the 1982 Electro track Clear but it was with fellow Detroit residents Kevin Saunderson and Derrick May that Atkins evolved the Techno sound. In over 30 years his influence has extended beyond production credits, collaborative projects and prolific album releases – Atkins has an innate ability to rock a dance floor.

Nottingham’s Matt Cutler aka Lone started making tracks as Lone after disbanding Kids In Tracksuits in 2007. Galaxy Garden was his most dance-oriented album to date mixing together ambient electro with harder edged 4/4, Dubstep and skittering Acid breakdowns. The track Airglow Fires was nominated in Bleep’s Top 100 tracks of 2013 and is a strong runner for Gilles Peterson’s Worldwide Awards.

This line-up is completed with Livin’ Proof member and Bleep DJ Raj Chaudhari.