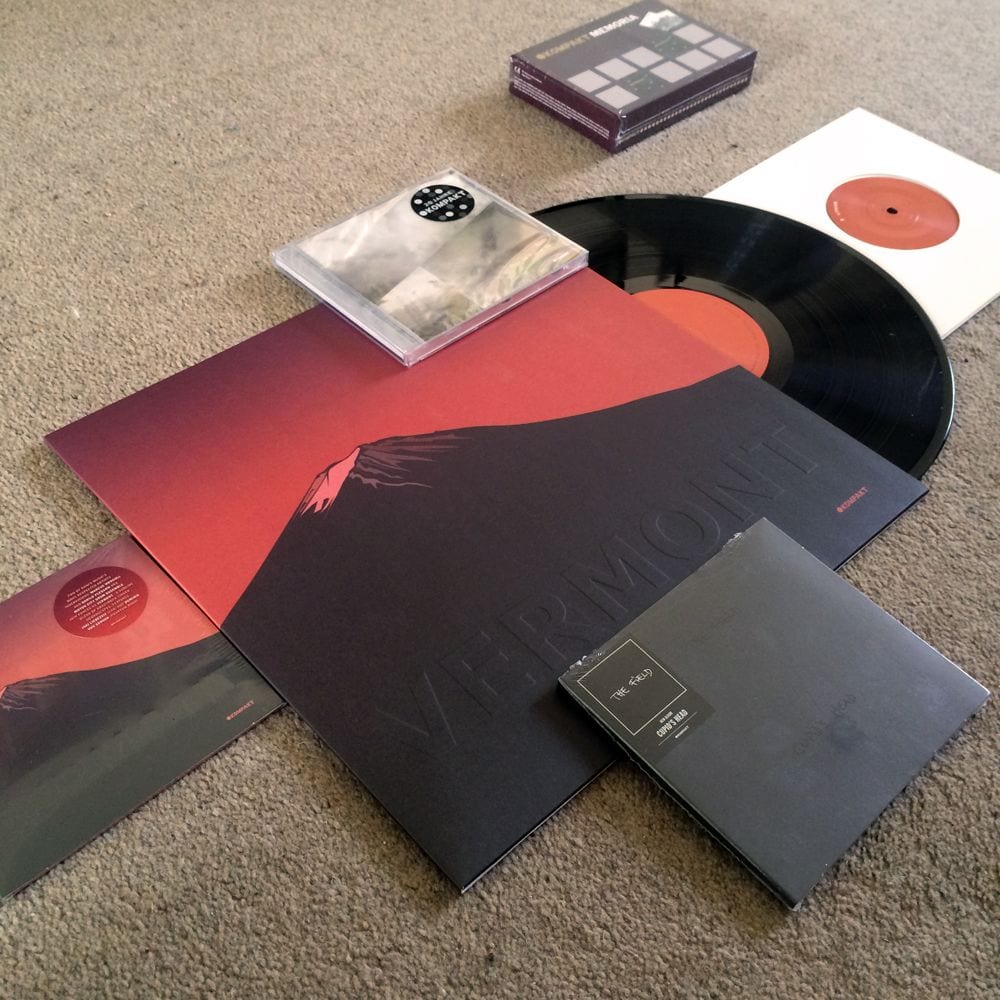 To celebrate the release of Motor City Drum Ensemble’s and Marcus Worgull’s new album “Vermont” released on 17th March via Kompakt Records, Inverted Audio are offering two winners the chance to win the album as well The Field, Kaito and a special Kompakt Memoria Memory Game.

As Vermont, Marcus Worgull and Danilo Plessow have created one of the most anticipated albums of the year. Vermont delivers a noticeably mature sound that despite being their first collaborative effort and a decidedly informal one at that; presents 14 sleek soundscapes of almost krautrockish proportions.

The album wasn’t conceived with a specific goal in mind, but emerged from a series of loose jam sessions allowing the producers to explore new sonic atmospheres. The two producers wrote the album in Danilo’s former Cologne studio, surrounded by an armada of vintage analogue synthesizers, inadvertently tapped into the city’s collective subconsciousness.

“Cupid’s Head“, marked a minor sea-change for Axel Willner. Born of creator’s block, fatigue and frustration, the beige cover art has turned to granite, while the album’s title viscerally entwines love and violence. Gone are the instrumentalists, collaborators, and even the software – Cupid’s Head is a one-man, hardware driven affair. It’s exhausting and uneven, but the extraordinary subtleties of Willner’s compositions, and the powerful momentum of his songs – these machines made of sound – make it another essential, consuming foray into the mind of one of electronic music’s most singular artists.

Kaito‘s “Until The End Of Time“ marked Hiroshi Watanabe’s eighth album as Kaito, and with it the Tokyo based producer further explored his penchant for warm, trancey and organic electronica.

To enter, please answer the following question and send your entry to competition@inverted-audio.com

Q: Who are the three founding members of Kompakt?

Discover more about Vermont, The Field, Kaito and Kompakt Records on Inverted Audio.