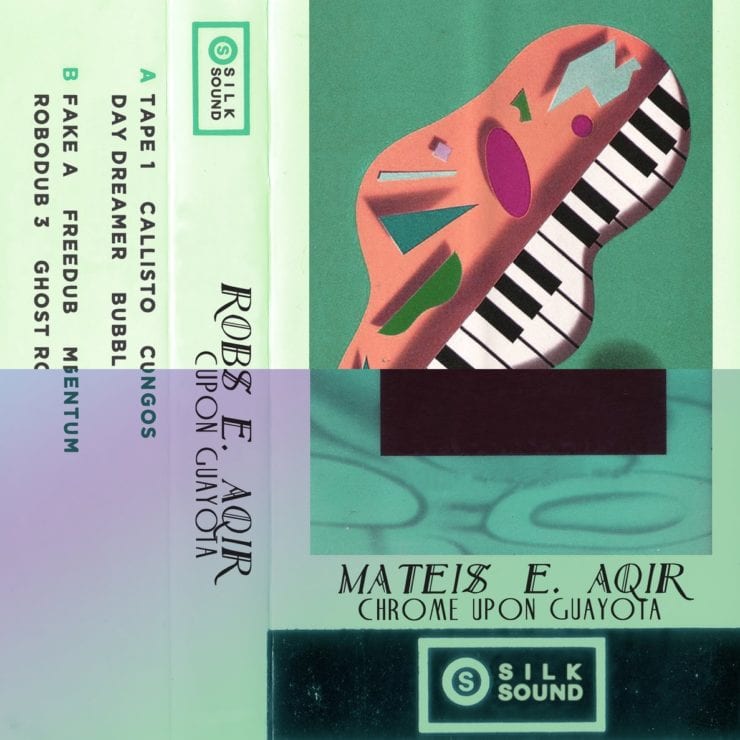 A label synonymous with fitly lush coastal house vibes and balmy summer breeze, Californian laxed-out electronics experts 100% Silk return right in time for the busy fest season ahead with a pair of much tasteful releases, as enjoyable in the sweltering heat going on as ice cubes on a sunburn. Stick your player in the cooler.

First in line, Italian producer Robotalco, real name Sebastiano Urciuoli, steps up with his debut full-length, ‘Callisto‘, comprised of ten cuts recorded between summer 2016 and 2018. Having plied his trade in the world of hip-hop and house, Urciuoli then immersed himself with further success into disco as Club Silencio, releasing an array of edits and originals for the likes of Red Music Records and THISISNOTANEXIT, before establishing his new Robotalco alias a decade ago.

Lifted from ‘Callisto‘, which in Robotalco’s own words brushes a picture of “liquid vibes, 80’s French industrial, futuristic house, and the intangible crossroads of Kingston and Detroit“, the title-track has us dipping toes in warm, crystal-clear Mediterranean waters. Textured to please the senses, this one puts on a vibrant concert of vibraphonic melodies, blurred-out pads and aboriginal choirs.

Clocking in at number 112 in Silk’s catalogue, Barcelona-based Russian-born atmospherist Mateis E. Aqir follows up to his pair of albums for Jungle Gym Records and Seb Wildblood’s All My Thoughts with a finely executed six-tracker of ambient-tinged, downtempo house escapism he jealously keeps the secret of.

Inspired by a sojourn in Tenerife in the summer of 2017, ‘Chrome Upon Guayota‘ traverses sun-streaked landscapes and unsoiled, idyllic inlets like a dream. You can now get a taste of that exquisite sonic travelogue with ‘Amigo‘ – a restful, laid-back gem of percussive electronics that lives by the word Aqir designed for this record: “Time exists in us – not us in time. The island’s vibrations made this music play in my head.” And it shall not stop playing in yours from now on.

Callisto and Chrome Upon Guayota are released on 19th July, pre-order a copy of ‘SILK111’ here and ‘SILK112’ here.