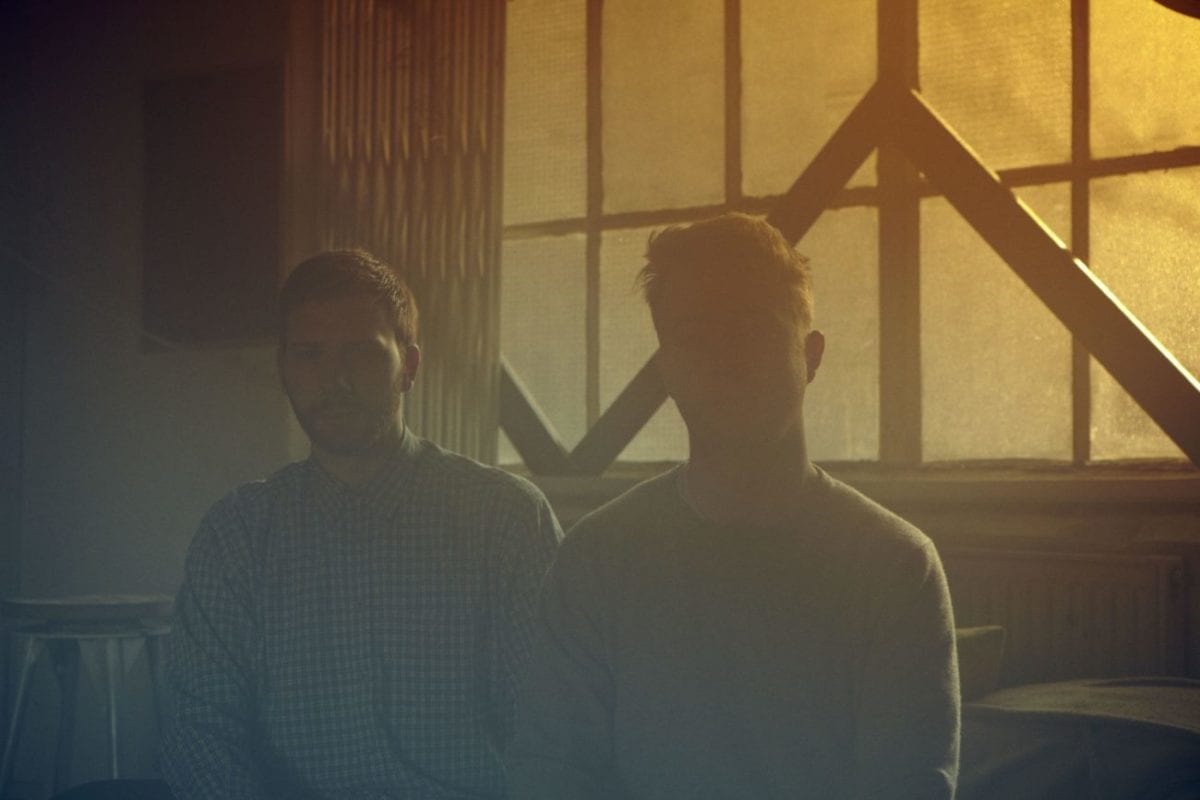 Dominic Maker and Kai Campos are a rare breed. Together they are Mount Kimbie and this young duo are, for our money, producing some of the most exciting and essential tunes in electronic music today; music which effortlessly blends genres together to create a truly unique sound that seems to have as much in common with Burial, Flying Lotus and Shackleton as it does with Robert Johnson and Skip James. Earlier this year they released the fantastic EP entitled “Maybes” on Scuba’s influential Hotflush label which was met with much critical acclaim, following on from massive support from Radio 1’s Mary Anne Hobbs and Electronic Exploration’s Rob Booth. With another EP in the pipeline, 2009 looks pretty big for Mount Kimbie. We caught up with them to pick their brains:

First off, resurrecting the ghosts of Blind Date, what are your names and where do you come from.

D: I’m Dom, I come from various different places but have lived in London and Brighton for 3 years now.

K: I’m Kai, from Cornwall also a London resident of 3 and a bit years.

How did you guys come together to start making music and how long have you been doing it for.

D: We have been making music together for just over a year now. I started producing in the summer of 2007 at my parent’s house outside Brighton, always sending tracks Kai’s way, as we had talked about working together for quite a while previous to that.

Tell us more about James, your latest addition to the group.

D: Well he is pretty tall. We met James at a night he was running called ‘Bass Society’ in New Cross. He is a member of the group responsible for the brass version of Rusko’s ‘Cockney Thug’. We ended up at this night and got chatting with James and started working on bits and bobs with him. He is a real part of our live sound now. A great singer, keyboard player and producer. Look out for a release from him in the next few months.

K: We wanted to do something different for our live set and try and approach it as a ‘band’, It worked a lot better with the 3 of us so I should imagine we’ll carry on for the live stuff.

D: I produce on a relatively stable PC. With an Arturia keyboard and Tapco S8s – that are waaay too bass heavy.

When listening to your tunes, there’s a depth and texture to them that it is not dissimilar to Burial and they seem to have a very organic quality to them. Do you experiment a lot with recordings made outside of the studio?

D: We have been discussing how to answer this question a lot recently. To begin with we were using sound recorded on to an Edirol field recorder. That thing was incredible. We recorded down the Southbank, in Borough Market and at various other places in London. That really is core to the sound that we have developed. Although we only use the recordings in a couple of tracks.

K: Even if we don’t use the recordings directly, I get alot more ideas from ambient sound when I’m out than I do listening to music really. I don’t really listen to music on my ipod when I’m out and about. You can listen to music all day and night if you want to, where ever you are, although I think people generally sit down and JUST listen to music much less than in the past. Personally, I feel it’s a shame if music becomes an accessory like this. I’d rather listen to one record and really take the time to consider it than passively take in 500 songs in one day.

I remember the first record that I ever got into was a Gloria Estefan tape that my mum had when I was about 5 years old. I used to love going in the car with her just to hear her play it. What are your first musical memories and what were the first records that you fell totally in love with.

D: I used to listen to Janet Jackson – Velvet Rope on repeat with my brother, as well as a handful of other ‘classics’.

K: When I was a kid, going to my dads on the weekend, the car journey was about an hour long and I remember vividly the jazz, blues and punk that he used to play. It used to drive me mad that I could tell which chord was coming in a blues progression, I remember saying “HOW CAN YOU LISTEN TO THIS WHEN YOU KNOW WHATS GOING TO HAPPEN!” I’ve found the beauty in it though. I’m very fond of blues now.

Red Hot Chilli Peppers ‘Blood Sugar Sex Magik’ was my first love. Was on rotation (on cassette) for about 3 years in my bedroom.

You’ve been making some serious waves within the dubstep community but that’s not necessarily how people would describe your sound. How did you get involved with the scene and it’s people (i.e Rob Booth and Scuba)?

D: We sent a techno type track called ‘Parlux Life’ to Paul ages ago and he kept asking for more. I deleted that track, wish I still had it. Paul has been a massive help and, of course, we are very grateful for all he has done for us. Rob Booth is everywhere. The guy is an inspiration to us both. He is very very passionate about electonic music. He got a hold of a couple of the tracks on the EP before other people and played them on Electronic Explorations, the best podcast around. He then passed them on to Mary Anne and so on and so on. Just sad that Rob has moved away from London now.

K: It’s entirely dubstep and not at all, at the same time for me. There’s some music that’s called ‘straight-up dubstep’ which isn’t really dubstep for me, its just shit music.

K: Getting the next record out is taking up all of my brain at the moment. A break from London would be good!

What were your five favorite records from last year?

D: I don’t actually listen to much new music at all to be honest, but, obviously the Flying Lotus album was special. Recently I’m into Skyence in a big way, also, Hud Mo, of course.

Are there any up and coming producers/bands who you really rate?

K: ‘Dubstep’ wise I’m looking forward to more Untold this year. Outside of dubstep I’m listening to this album ‘Years’ by ‘Years’ that’s pretty much all I know about it. Theres also a U.S (i think) band – Bell. And a london group ‘The XX’ who we’ve done a remix for and i think are really really good. Listened to the song we were remixing a lot and it got better and better which is rare for an indie(ish) band in my experience. Something amazing about their music for me.

D: The Lukid material that Kai has shown me is great.