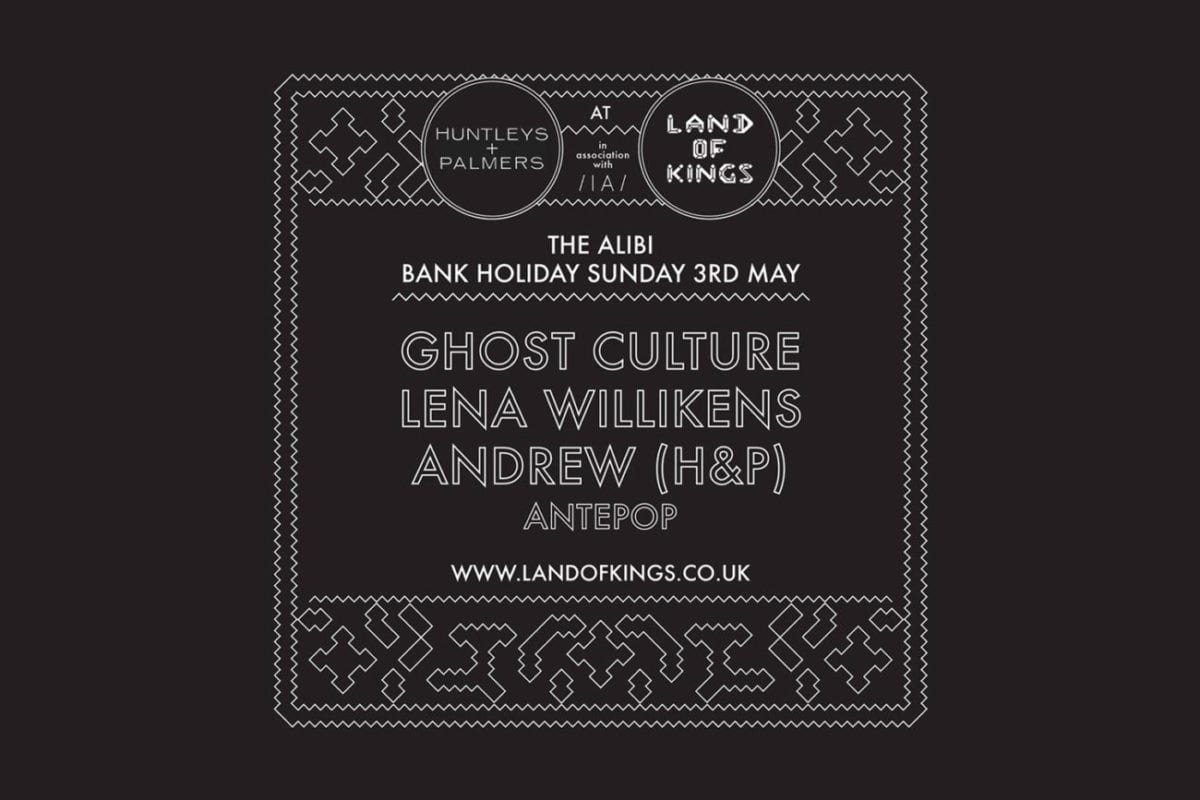 We’re very pleased to join forces with Huntleys + Palmers to present a stage at this years Land of Kings festival at The Alibi, Dalston on Sunday 3rd May with Lena Willikens, Ghost Culture (live), Andrew (Huntleys + Plamers) plus Inverted Audio’s own Antepop (DJ).

With her global palate of influences and tastes, Lena Willikens has been leaving crowds at the Salon Des Amateurs in Dusseldorf awestruck for the last six years of her residency. Simultaneously absorbing and expounding sounds from around the world via her monthly slot on Cómeme Radio, recognition of her eclectic ability has seen her bringing this ethos to the global stage.

Snapped up by Erol Alkan’s Phantasy imprint off the back of a single Soundcloud release, Ghost Culture, or James Greenwood to his friends, hasn’t seen his stock drop a point since. From early work as a studio engineer on projects including current label-mate Daniel Avery’s breakthrough debut Drone Logic, things have come on apace. Three sell-out releases and a self-titled debut album later, and his genre-splintering music is some of the proudest in the Phantasy stable. Described by Alkan as sounding like ‘the Strokes, if they’d been produced by Delia Derbyshire’, references to more classic influences like Depeche Mode abound too.

Inverted Audio editor-in-chief Antepop will play an all vinyl DJ set spanning a broad range of electronic music. Following a recent trip to Berlin, he’s got a stack of new records from the likes Dial, Sound Stream, Kompakt, Modern Love and a few other exclusives.

Huntleys + Palmers main man Andrew, will act as a binding agent throughout the night.

Discover more about Land Of Kings on their dedicated partner page.