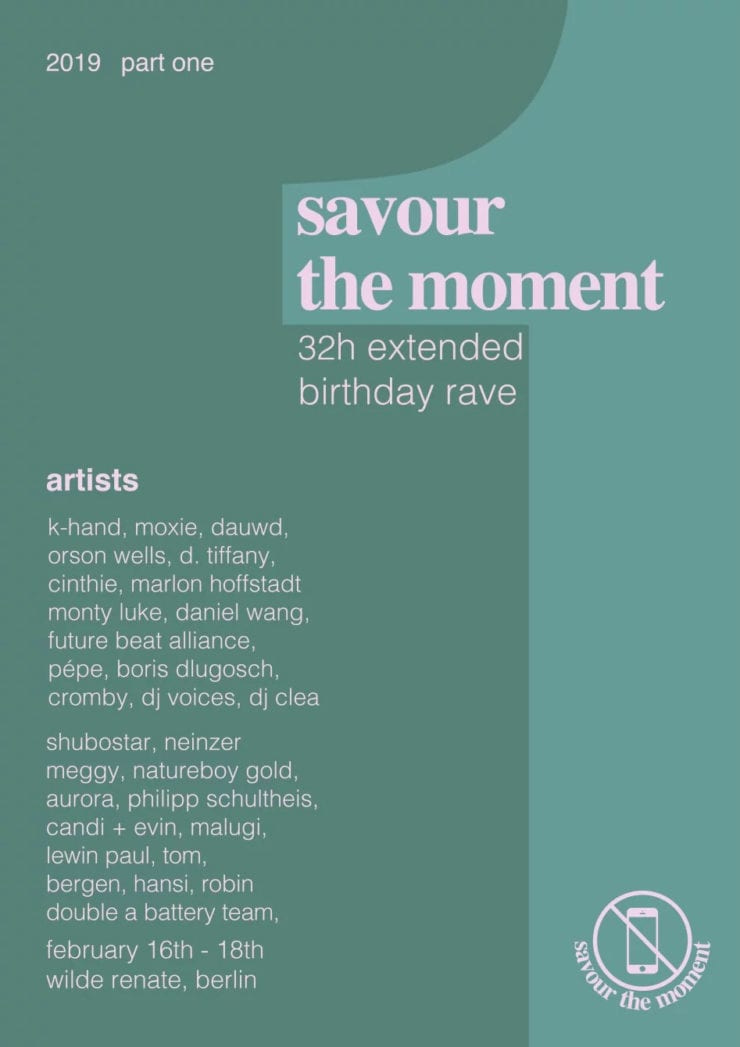 Wilde Renate are set to celebrate the first anniversary of Marlon Hoffstadt’s long-haul club night Savour The Moment with a 32-hour rave across all floors of the Berlin based club. As you can expect the lineup is a beast, so we’ll focus on a few select artists that we’re excited to see.

First up is Detroit-based producer K-Hand. Kelli has been in the game for years releasing 12’s as far back as 1992 on her own imprint Acacia as well as on Warp and !K7. Nina Kraviz also connected with her to release a split 12″ bomb in 2017 with DJ Trip. Her sound is funked up house and techno and is sure to rock Wilde Renate.

Next up is an assortment of body shakers and rhythm selectors – Moxie, Dauwd, D. Tiffany, Orson Wells, DJ Voices, Boris Dlugosch, Crombie, Daniel Wang are all set to bring the heat, whilst veteran techno producer Future Beat Alliance and IA MIX alumni Pépe will lay it down thick.

Savour The Moment kicks off Saturday 16th February at midnight and ends 8am on Monday 18th February.