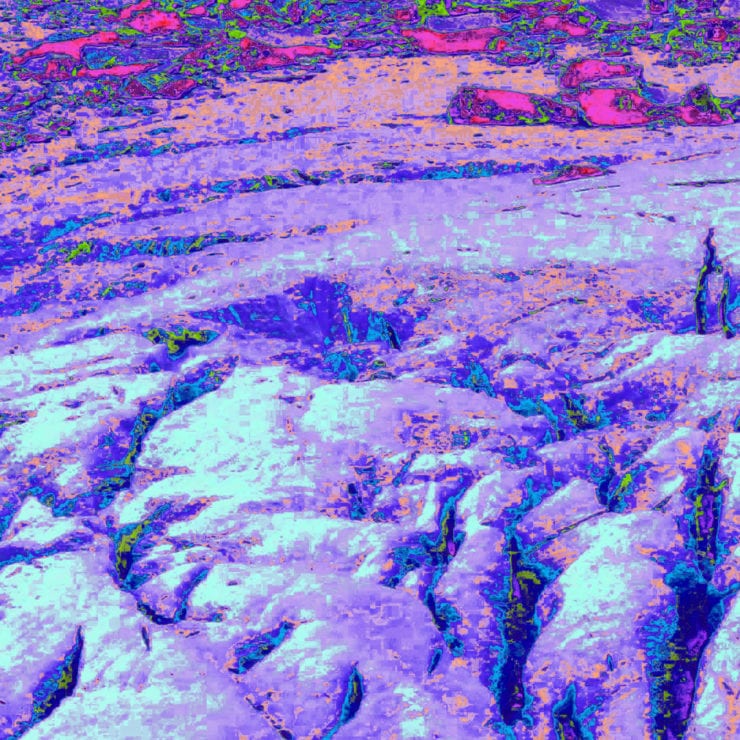 Following his rare live performance last summer at our “Campfire Headphase” stage at Farr Festival 2018 – Indole Records have announced their first release in over 3 years, from label boss, Jimmy Billingham aka HOLOVR.

‘Worlding’ is Jimmy’s debut release under his own name, following a string of well-received records as HOLOVR over the past few years on Likemind, Firecracker Recordings, Emotional Response and Opal Tapes.

“After spending a while finding his feet after a studio reconfiguration and house move, this album was recorded intensively over a 2 month period. The new set-up allowed Jimmy to quickly capture ideas and atmospheres, working mainly with processed synthesisers, modular equipment and field recordings. The result is a varied collection of tracks – primarily beatless, heavily textured and deeply emotional.

In many ways, it’s a return to the ambient drone style that Jimmy cut his teeth with as Tidal, Venn Rain and others during the early part of the decade. Though it’s less lo-fi, with several years’ production experience and gear upgrades under his belt, there remains a distance at play – an after-the-factness like glowing embers, an out-of-placeness like voices in an adjacent room – that is integral to the evocative quality of the music. This movement away from grid-based production and towards a looser, more freeform and spontaneous process has provided Jimmy with a renewed clarity of vision and sense of purpose.”

‘Worldling’ is out now as a limited cut vinyl (edition of 20) format. Order a copy from Bandcamp.