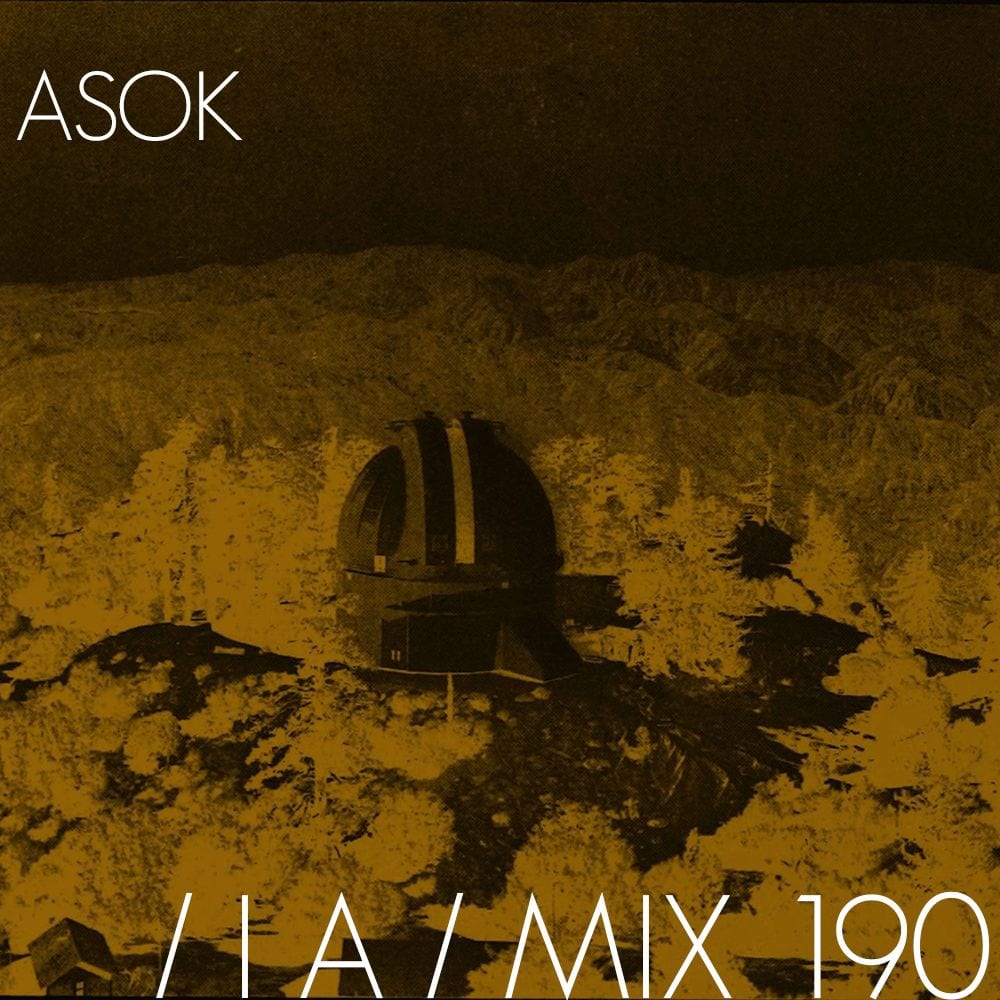 Life is good for Stu Robinson right now. As you read this, the Liverpool based artist, better known as ASOK, is no doubt recovering from an emphatic Klockworks x Mistress showcase at Berghain, plus will be riding high on his full dedicated debut release on DVS1’s quickly acclaimed label.

His presence has grown since debuting on Aroy Dee’s deep and lush M>O>S Deep with his “Poltergeist” EP last year, and he hasn’t put a foot wrong. Each release has been a unique commodity and each one showcasing on some of the best labels our scene has to offer.

The future is equally bright, on a personal level, he will be broadening his reach onto what can only be any budding producer’s perfect list of record labels, as well as developing his co-run Scenery imprint, which looks certain to go to strength to strength over the coming 12 months.

In tandem with Mistress’ return to dedicated artist EP’s with “Count Zero” and the Berghain showcase, we took a chance to catch up with Stu to find out a bit more about one of the most promising additions to the electronic music scene in recent years.

With your sound often veering into dewy electronica and Mistress being the dusty counterpoint to DVS1’s brand of taut techno, being drafted into the Mistress family was quite an interesting tangent for the label. How did your appearance on the imprint come about?

Yeah, I guess it’s pretty easy to assume that what I make might not be Zak’s cup of tea but…the more you get to know him and learn about Mistress and the reasons behind the label, you see that the guy is into everything. There’s no “I don’t like this or that genre,” he’s just into what he’s into.

I’m pretty much the same, so when you look at it like that, you realise that there is no defined concept to Mistress other than Zak’s personal curation; if it’s good, it’s in.

Zak and I got talking after my first release on M>O>S Recordings because of the track ‘Captain Blood’ and it went on from there really. A year and a bit later and we have a full EP, which I think we are both really happy with.

It may be anecdotal but my experiences of the North West club scene was one of cities resting on laurels – Manchester on Hacienda and Sankey’s heydays, Liverpool in the shadow of Cream. However, recent years have seen quite the renaissance in the face of London’s night closures. – What have your experiences of the scene been like around here?

Ah man, I’m no one to be an authority on the scene in Liverpool or any other city. To be honest in the last 10 years my experiences of dance music have been all over the place. For a few years I played more in Warsaw than I did in and around the North West, and when you are playing a fair bit you don’t get to go out as much because, well, you’re out all the time anyway.

I would say my experiences of scenes have been on perhaps a wider scale than pinpointing it to one particular place. What I would say about the North West is why we might not have the same benchmarks as, say, Berlin for example, there are plenty of people committed to making dance music, going out, throwing parties, finding out about the past and laying foundations for the future. It’s a vibrant scene in the North West because, let’s be honest, dance music is in a brilliant place right now.

Do you think that the current freethinking approach to music has provided the perfect platform to release music and manage a label? Specifically thinking here how the 2000’s were dominated by progressive and then minimal with a binary exclusion of all other music.

Yeah, I suppose there’s truth in that. It does kind of feel like more of a melting pot again right now, rather than the overly segregated experience it was, say, 10 or 15 years ago.

I mean, not trying to seem all misty eyed here, but one of the good things about when I go out to play music now is I feel I can pack a bit of everything in the bag and actually play it… and I hate this phrase, kind of “like how it used to be.” This is what I have always wanted to do but was so intrinsically involved in specific scenes in the past that I felt tied to one genre.

That could be a failing of mine though, rather than the state of play for everyone else. There are probably a million eclectic DJ’s out there who have been playing what they want, when they want, since they got into this. I’m sure some people hate the fact that it is now easy-ish to set up a label and produce because it leads to a drop in quality.

If I was a Detroit techno pioneer I’d be saying that, but I’m just me; someone who thinks this is enormous fun, and personally I think these time we are in right now are wonderful. So yeah, get going…

Using Discogs as a rather shaky reference, your debut was the terrific “Poltergeist” EP on M>O>S Deep. Please tell the failed producer in me that there were many years of hidden graft leading up to this release.

I’d love to help you out here but I’d be lying. Poltergeist was probably the third or fourth track I’d ever tried to make. The others on the EP were the fourth, fifth, sixth. I only started making music about 3 years ago.

You can tell with the technical side of my production. I don’t have a problem with ideas but I do with how to get them out and how to get sounds to sit together. So, yeah, of course I kick myself now and wish I’d used the years of being into dance music to sit in front of a computer, or drum machine or whatever and make stuff. But I didn’t. At least I’m not bored of it yet! 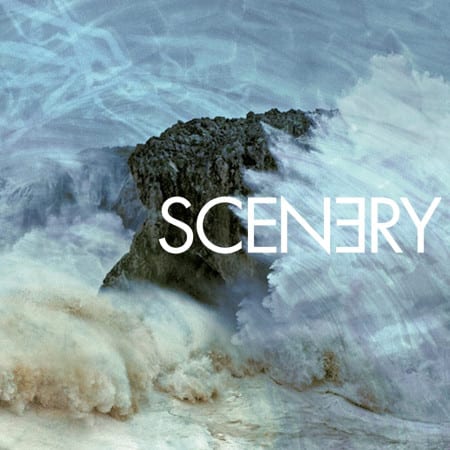 Scenery has been gradually edging its way into consciousness over the last couple of years. I noted that you’re only accepting demos from Merseyside artists nowadays – were you starting to find yourself swamped with hopefuls?

No man, not at all. I mean all of Italy sends me stuff on an hourly basis but that’s not the reason I locked it down…I locked it down because I wanted an angle for the label. I didn’t want it be sound based – tape saturated dystopia or limitless techno – I wanted it to be artist based.

I also knew there were plenty of people around the area I could try and help out, to push some stuff out, all with tastes far and wide; techno to disco to…well whatever really. I thought, ok, why not just base a label around those you know and work with. Sure, it’s harder for it to gain a foothold because no 12” is like the next one, and some people don’t like that, but if it does manage to work, and stick, then the reward of doing it how I wanted to do it will be more than enough for all the time and money that’s gone in.

What’s on the cards for Scenery and ASOK at the moment, any exciting future plans and developments?

Scenery is up to its 10th release soon, and we are not going anywhere, especially with 12”s from Skyland Mountain, Circular Rhythms, and a Bantam Lions LP all due out this year.

The Bantam Lions album is huge. It’s unreal how good that lad is. He does all the artwork for the label too, so we have that covered.

We’ve also got remixes from October, Tapirus and Mono Junk coming with future artists, and I will continue to develop the new Scenery White imprint with the likes of Neville Watson and people who aren’t just based in Liverpool!

So the future’s fine there. For me there’s plenty happening too – the Mistress EP is about to drop, my album is done for Creme Organisation that’s out in November and then there is also one on Lobster Theremin in the new year. So yeah, production wise, it’s all good.

As someone who, like me, has a few wee ones running around, have you found the family life / nightlife demands something that is at odds with each other?

Very much so. I have a full time job as well. So in effect I am a broken man. A broken, happy, man. I have no idea how it works and fits together but it does…just about. I don’t sleep much so that helps.

I’ve often seen you buying and shifting studio gear via social media, what’s your setup like at the moment?

JX-8P, Microkorg, Analog Four, Analog Rytm, Waldorf Blofeld. I also use Onnisphere and Trillian, and U-he Satin. That’s about it really. I am after a new polysynth though.

I also noted that you didn’t have much love for the AIRA machines, what was your beef with the new Rolands?

Nah, man that’s not true – I had a TR-8 for a while, in fact most of the tracks on the Mistress EP are using it. I sold it to get the Analog Rytm but I might get one back as I miss it. I’m not really a fan of the baseline synth or the voice thing just because I think they sound a little bit weak and formulaic, but no major beef.

Finally, and most importantly, do you see Liverpool FC sitting in the top four come season end?

Sadly, no. I’ll be there doing my best to cheer them on but it seems lately they fail to hear me.

Discover more about ASOK and Scenery on Inverted Audio.