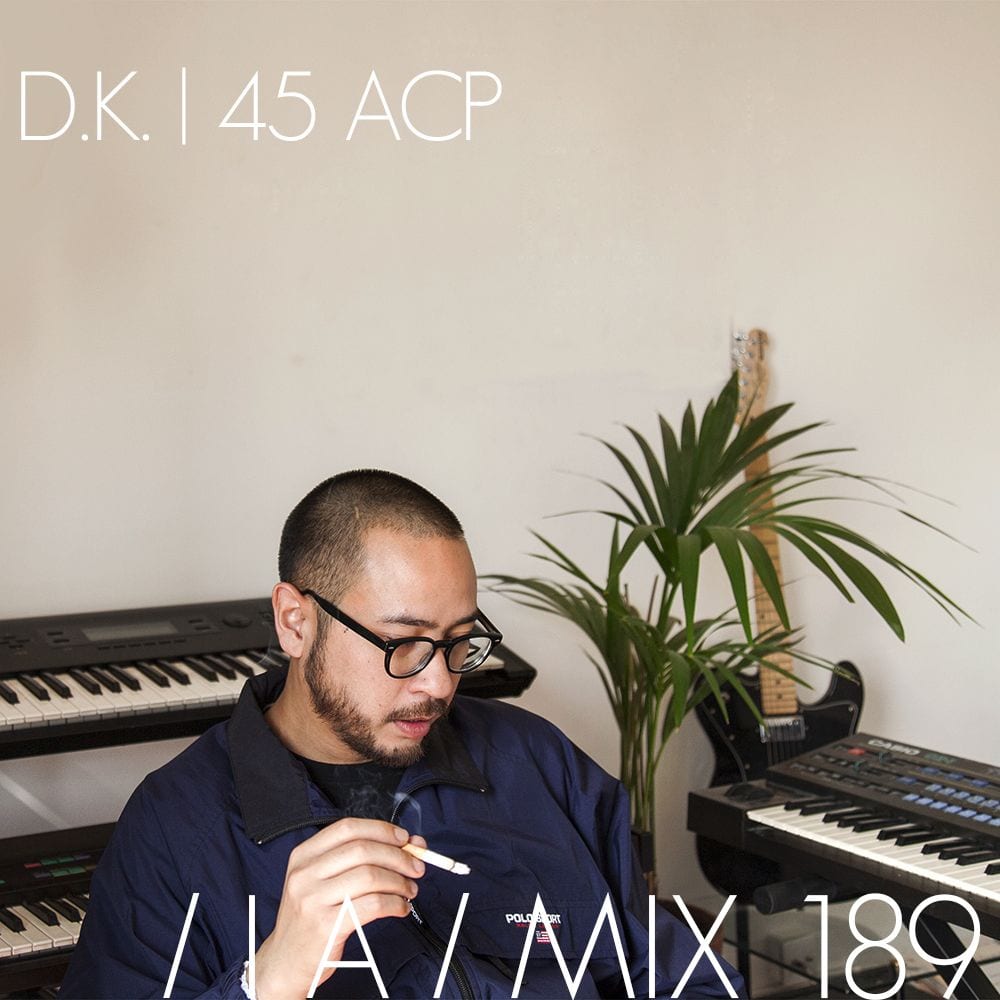 After a few drought seasons, Paris has eventually turned back into the epicentre of electronic music it once used to be – and to say the least the metamorphosis has been pretty spectacular over the last three years. Showcasing a string of high-flying parties and events now reputed as some of the finest worldwide: from Concrete to 75021 nights at 6B to Quai Branly’s dreamy Siestes Electroniques sessions, onto behemoth-sized Weather festival and freshly-established big gun Virgo – the French capital knows no rest.

At the core of this existential shift towards a bolder breed of dance material, artists such as Antinote and L.I.E.S. affiliate D.K. (aka 45 ACP) counts as one of the heralds of that lo-fi, dusty Chicago house and techno scene that’s riding high at the moment. Here D.K. serves up a chill and suave mix full of exotica-laced, ’80s-inflected grooves, Afro beat percussions and smooth synth melodies. We caught up with the French producer to discuss past and current influences, aesthetic matters and further projects.

First, thanks for the mix! It fuses a wide range of funk-infused, synth-laden ’80s cuts, jazzy jams, new age, afro house, industrial… How did you proceed in your selection?

Thanks! I wanted to show my influences and what I’m listening to at home, so I selected a bunch of tracks that I’ve been listening to a lot over the summer months.

Do you play many retro gems live or is it something you mostly do for studio mixes?

I’m mainly buying old records of early house, Japanese boogie or Afro stuff and I’m mostly influenced by DJ’s capable of mixing different styles. In my own way I’m trying to do the same and keep the vibe when I’m playing.

What are your most recent musical discoveries?

It’s hard to say…but it could be this album from this composer Yasuaki Shimizu, ‘Music For Commercial’, released on Crammed Discs. He made other great records, but this one is one of my favourites. It’s a compilation of jingles for 80’s TV commercials between modern classical and ambient. It’s very beautiful and inspiring. 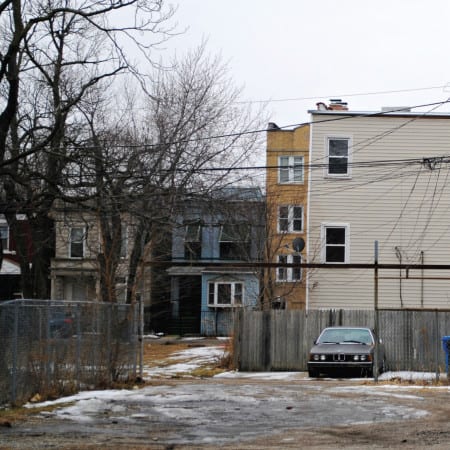 You release your music under the name of D.K. or 45 ACP. What importance do these aliases have to you? Is there a clear delineation in terms of sound between them?

I like the fact that I can do everything I want when I’m making music, and that I’m not limited to only one project. Even if I’m using exactly the same setup for both aliases it’s important for me that people can identify my music, there’s delineation in terms of sound between the two aliases.

As “D.K.” I mostly work on musical arrangements, melodies and editing, I don’t care if it has to be dance floor or not.

My “45 ACP” project is about working on sound textures and the rhythm. It’s maybe more club-oriented even though most of my tracks are very slow.

How did you get involved with music production?

At the beginning it was a personal decision, I remember trying to produce with the Reason software. But it was pretty bad actually. Then I started to record music with my friend Philippe aka Low Jack. I think it was far easier to learn together.

What were you listening to as a teenager? Is there a genre that you were particularly into?

As a teenager I was really into East Coast rap, Smif n Wessun, Wu Tang , Mobb Deep etc… My friends and I were hip-hop aficionados at that time. It was near impossible for us to listen to anything else…but I was secretly listening to Ginuwine, haha. 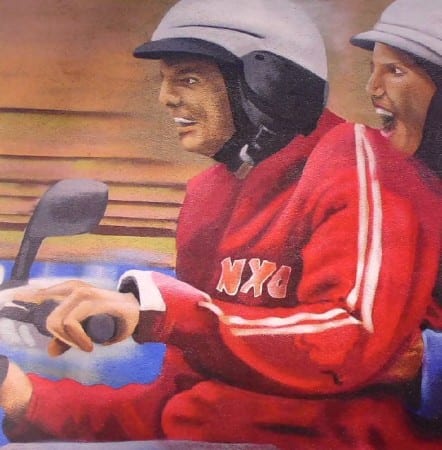 In just 2 years of activity your rise to prominence has been pretty rapid. From 45 ACP releases on Odd Frequencies, Antinote, Dog In The Night Records and then onto L.I.E.S. and The Trilogy Tapes with your side project Slack DJs… that’s quite an impressive trajectory. Was all this material recorded during the same period or had these tracks been sleeping on your computer for some time?

Thanks for the kind words! It’s difficult for me to work on different projects at the same time. I’m just recording material throughout the year and I’m trying to work on each release one after the other.

Some tracks have been sleeping a little bit because of label releases schedules, such as L.I.E.S., CCCP, or TTT but never too long.

Your second record for Russian Torrent Versions ‘Turn On The Night‘ hits record stores this week. You’re about to become a regular on Ron Morelli’s label! What’s your relationship like with the boss?

I’ve known Ron for maybe a year now. We are pretty much living in the same neighbourhood in Paris, so it’s easy to see each other.

My relationship with Ron Morelli is pretty simple; it’s strictly based on having good meals, drinking Tequila, talking shit about our mutual friend “pretty boy Tomas” and watching Rosie Perez on ‘Soul train’.

Did you purposely record your new record for Russian Torrent Versions?

Yes my new record was purposely made for Russian Torrent Versions because my ‘Change Of Tone‘ LP on L.I.E.S was already confirmed. I wanted to make my new record more dance floor oriented and I think CCCP is perfect for that.

We can get a glimpse of your studio setup in the photo you provided us for the mix (a Casio synth, a MPC1000), what’s your most essential piece of gear in there?

I’m using my Casio CZ1 all the time, especially for the bells…If you hadn’t already noticed, I’m really into bells!

Which artists and record labels are on your radar these days?

Sorry but I have to mention my partners from Antinote, Nicolas Motte for his upcoming LP and Inoué Shirabe. 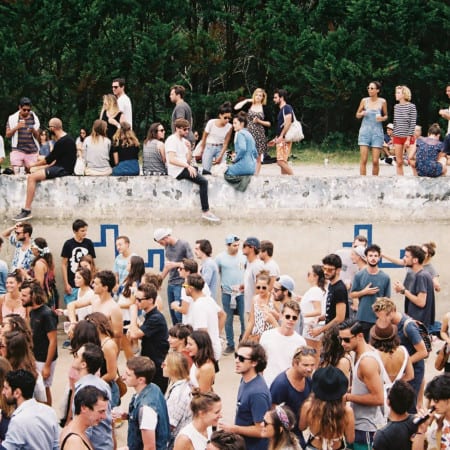 What have been the best clubs or festivals you’ve played at this year?

Baleapop Festival in France was a great experience. We were playing with Zaltan and Geena for a 6-hour set in an abandoned swimming pool, on the edge of the ocean. It was perfect.

What do you have lined up this Winter?

Yes I’m working on my new record for Antinote and a lot of new stuff in the making.

In the next couple of weeks / months, I’ll be playing: Macki Music Festival in Paris, then 5 Years Of LIES VS 15 Years Of Creme Organization Anniversary at Concrete in Paris, Antinote Show at Iboat in Bordeaux, Trilogy Tapes Night at La Machine in Paris, London, Copenhagen and Berlin. 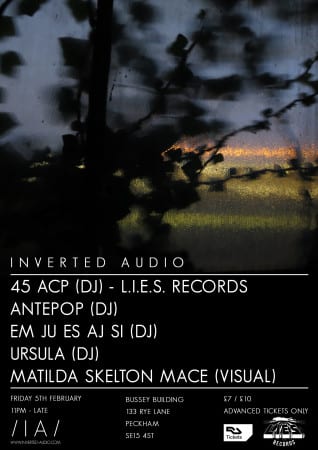